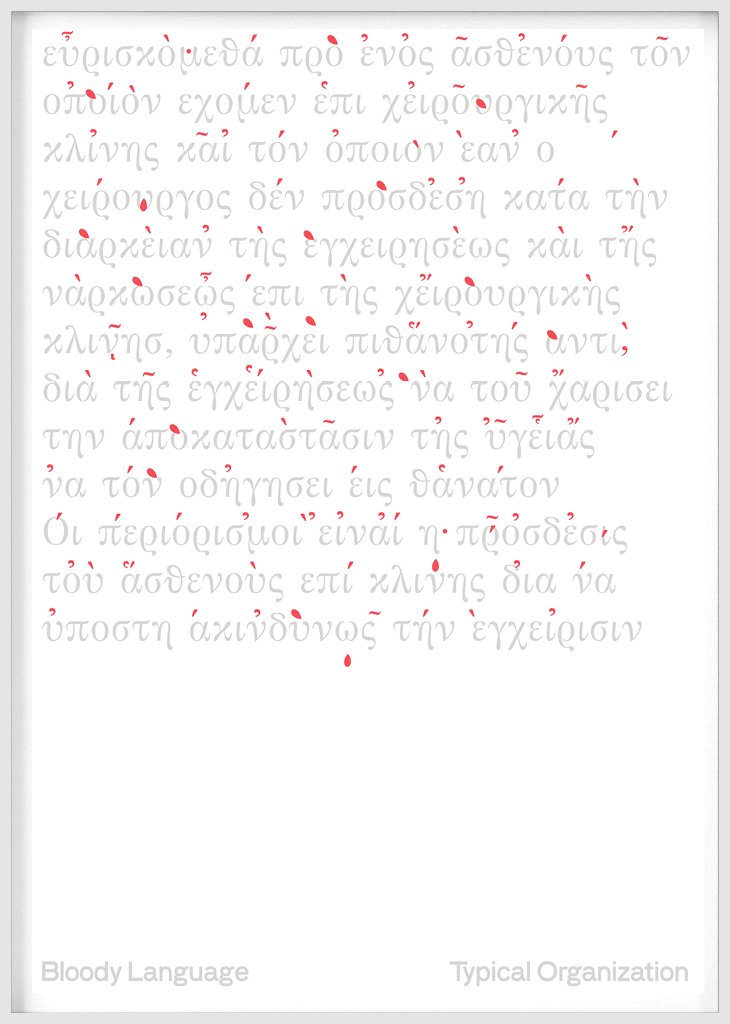 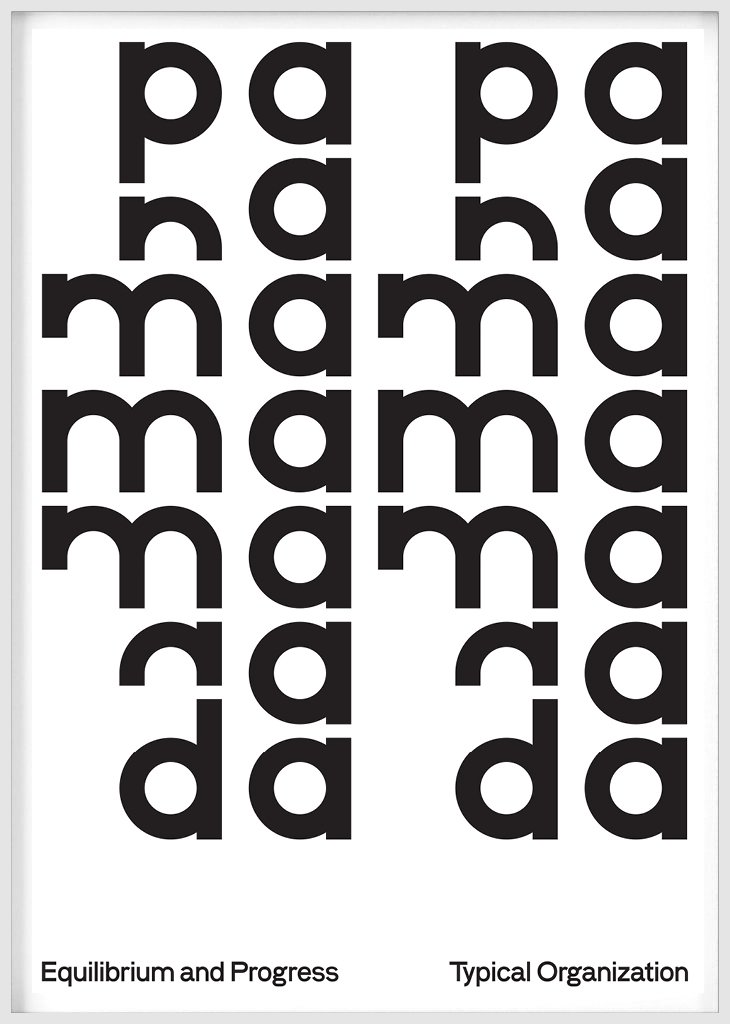 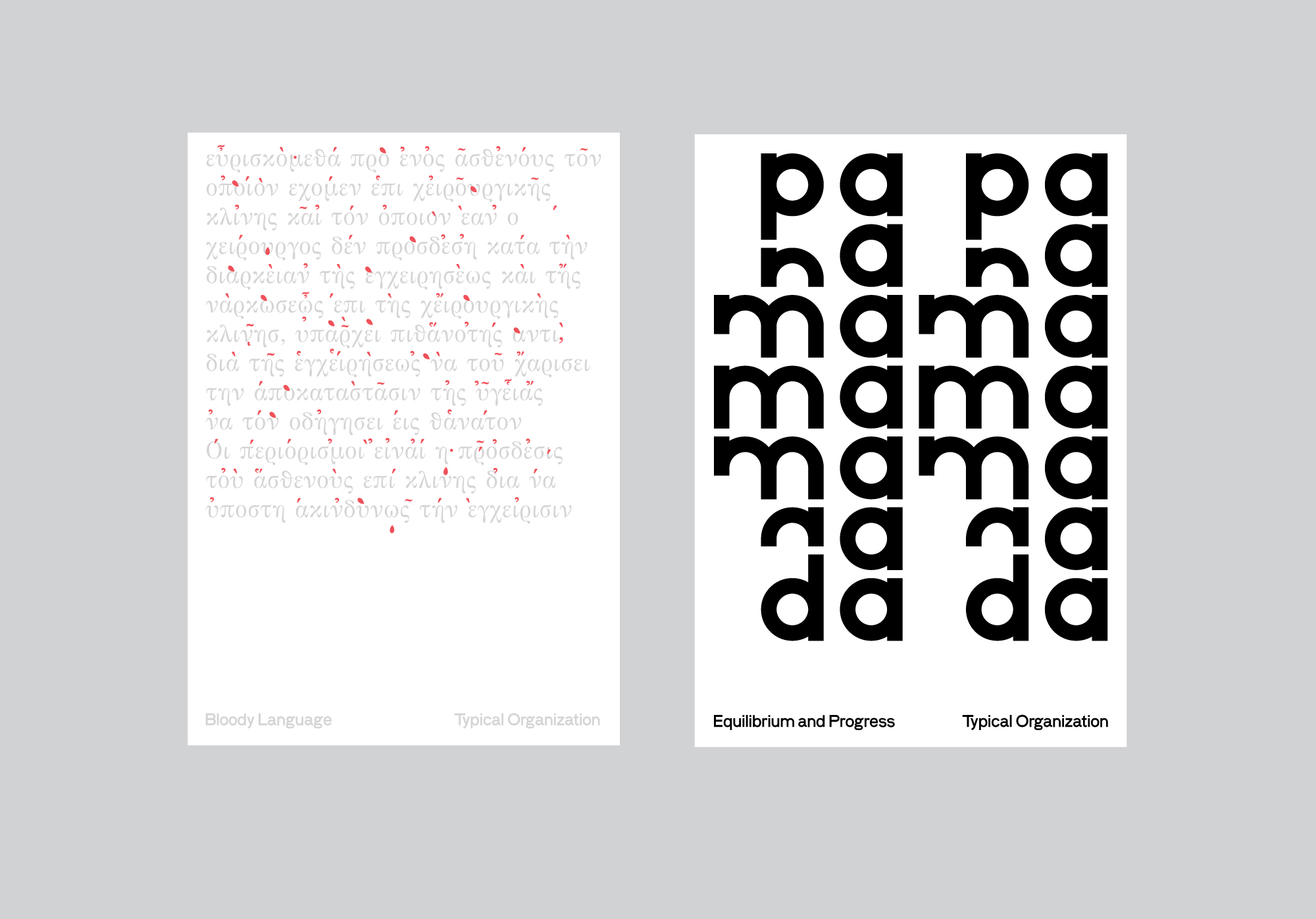 We have opted to see the words or ‘notions’ given by the briefs as starting points for reflection instead of a direct representation of the word itself we have distilled the inner typology of the concerned word in a visual mechanic.

Lattefarsa — Equilibrium and Progress
The poster addressing the Swedish word ‘Lattefarsa’ is a meditation on gender politics resumed in the use of universal babble words known in a lot of different cultures as ‘mama’ and ‘papa’. Believed is by some scientists that ‘ma’ and ‘pa’ were among the first words that humans spoke. We should ad to those old and fundamental cross-linguistic words also ‘dada’.
Within a typographic making and unmaking ‘dada’ the neutral progresses towards ‘mama’ the feminine ending in ‘papa’ the masculine. Eventually a kind of motion graphic shows the interdependence of those roles abolishing we hope the notion of hierarchy between the sexes and showing that we are all made from the same substance coexisting in a movable structure.

Καθαρεύουσα (katharevousa) — Bloody Language
This purely mental language, literally “purifying [language]” was a temptation started in 18th century to apply a cleansing on the Greek language from foreign elements, Ottoman, Slavic, etc. In our poster design we make a reference to one of the many bloody incidents changed on Katharevousa. We are alluding to a moment known as the last unsuccessful but bloody revival of this language under the Greek military junta, a dictatorship suffered in Greece between 1967–74. The fact is that the junta was always communicating in katharevousa Greek and tried with extreme violence to establish the language as the unique national language. The poster design quotes a known fragment from a speech held by the dictator Papadopoulos where he or the junta assumed the role of the “medical doctor” curing Greece as supposed “patient”. Our design mismanage the very difficult polyconic system of accents and by coloring them red those depict the bloody historic of the language.