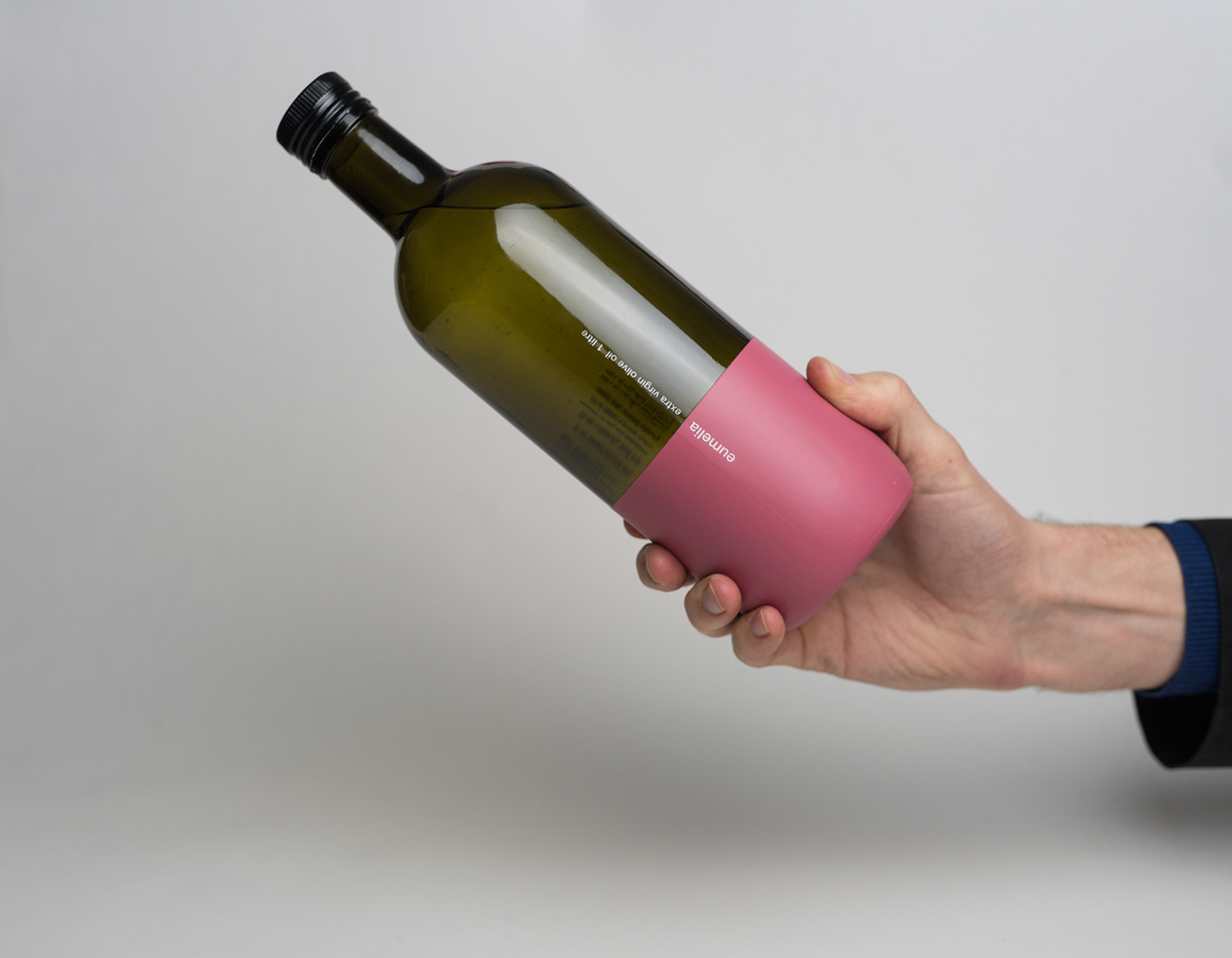 A seemingly inappropriate color choice stigmatizes the product line of the Eumelia biodynamic farm: earthly red rose. The choice is explained by Goethe’s color scheme from 1772 and the meaning that it gives to colors and this specific color as a complement to the green: It is the negative, the color of the interior of the earth and the green the positive, the surface. Additional to this theory in the 20th century, Rudolf Steiner came to formulate his own color theory, giving this red/rose a distinct position: It is the color of the “inside”. Supposing that this is the color the fetus sees in the mother’s womb. The color we see when we hide the sun with our palm. Rudolf Steiner is a distinct figure in the Eumelia farm concept as founder of biodynamic farming. Steiner was also active as an architect with a particular approach by completely rejecting the use of the right angle in design and replacing it with curves and smoother slopes observed in nature. Applying this principle on the neutral base of Helvetica Neue Medium and transforming its perfect right ends we created a new set of characters. This font with the obvious name Biodynamica we used for all applications and the expanding Eumelia product line. 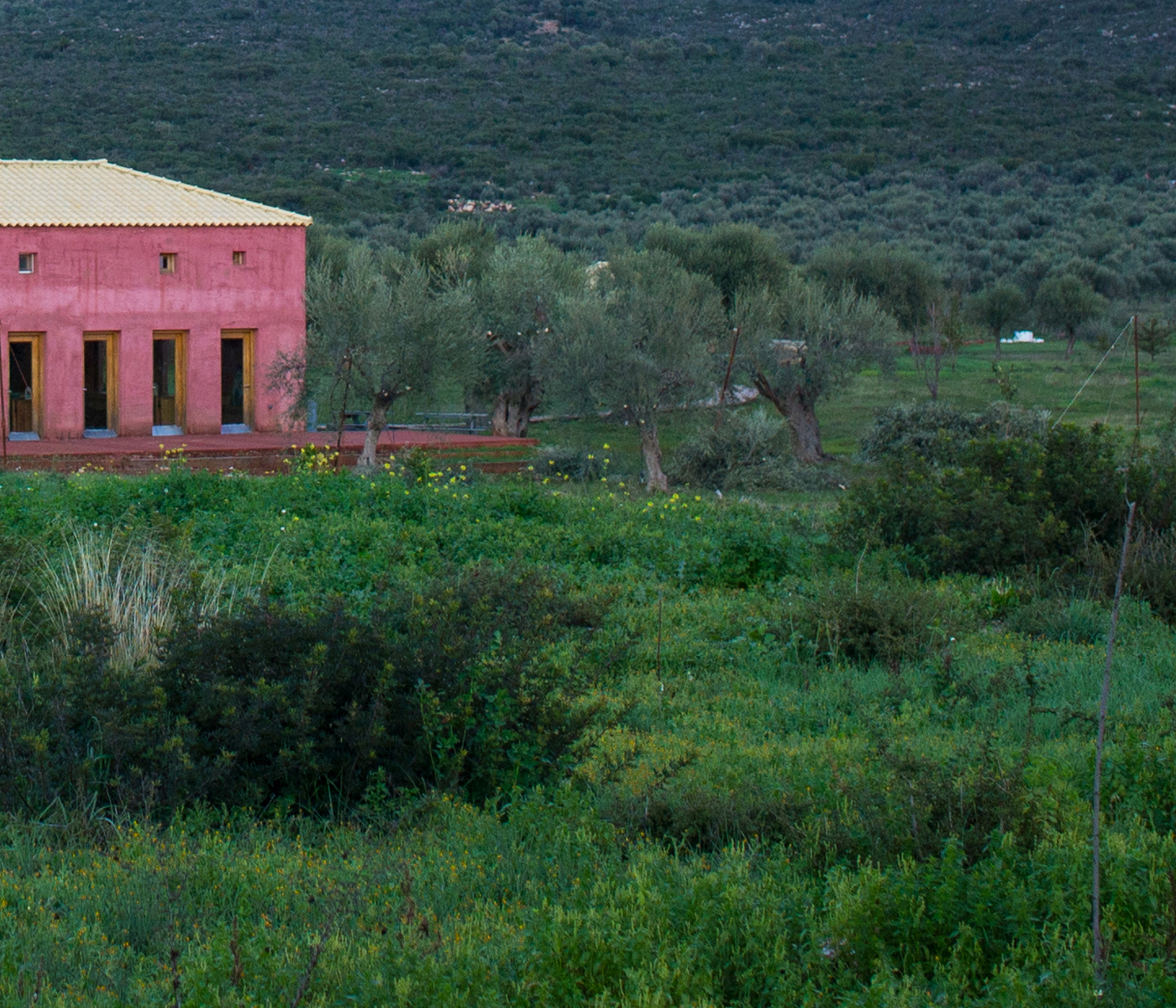 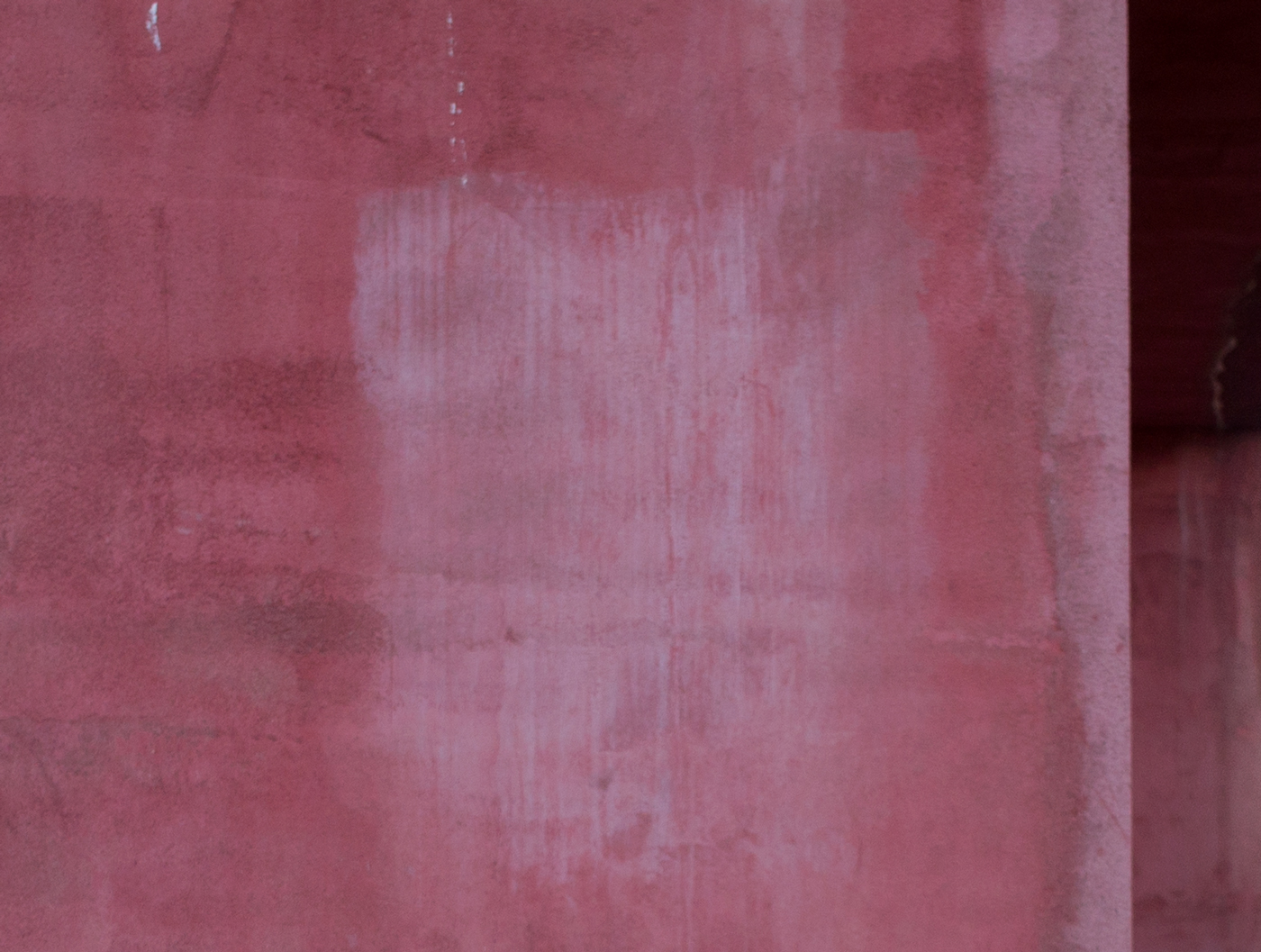 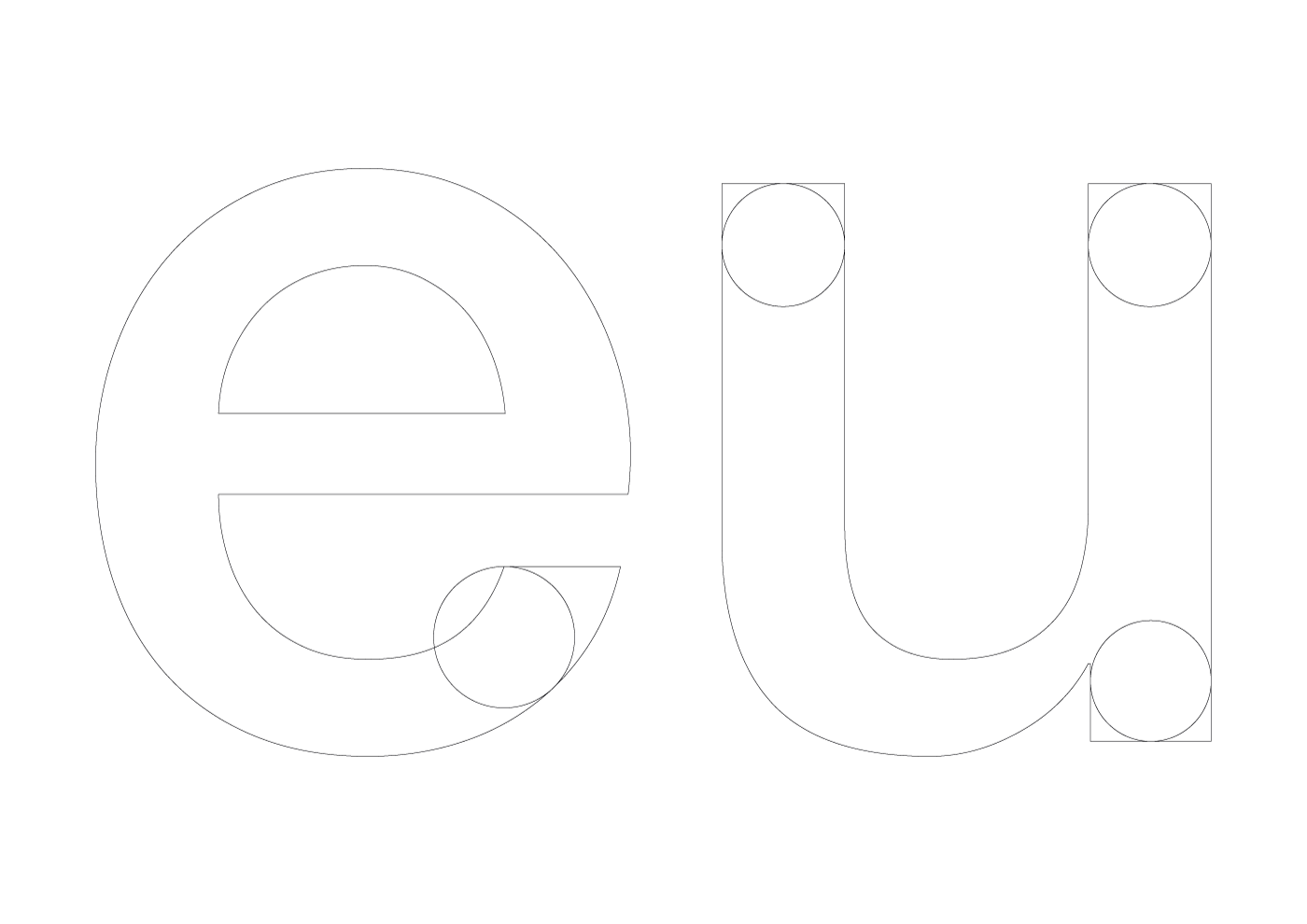 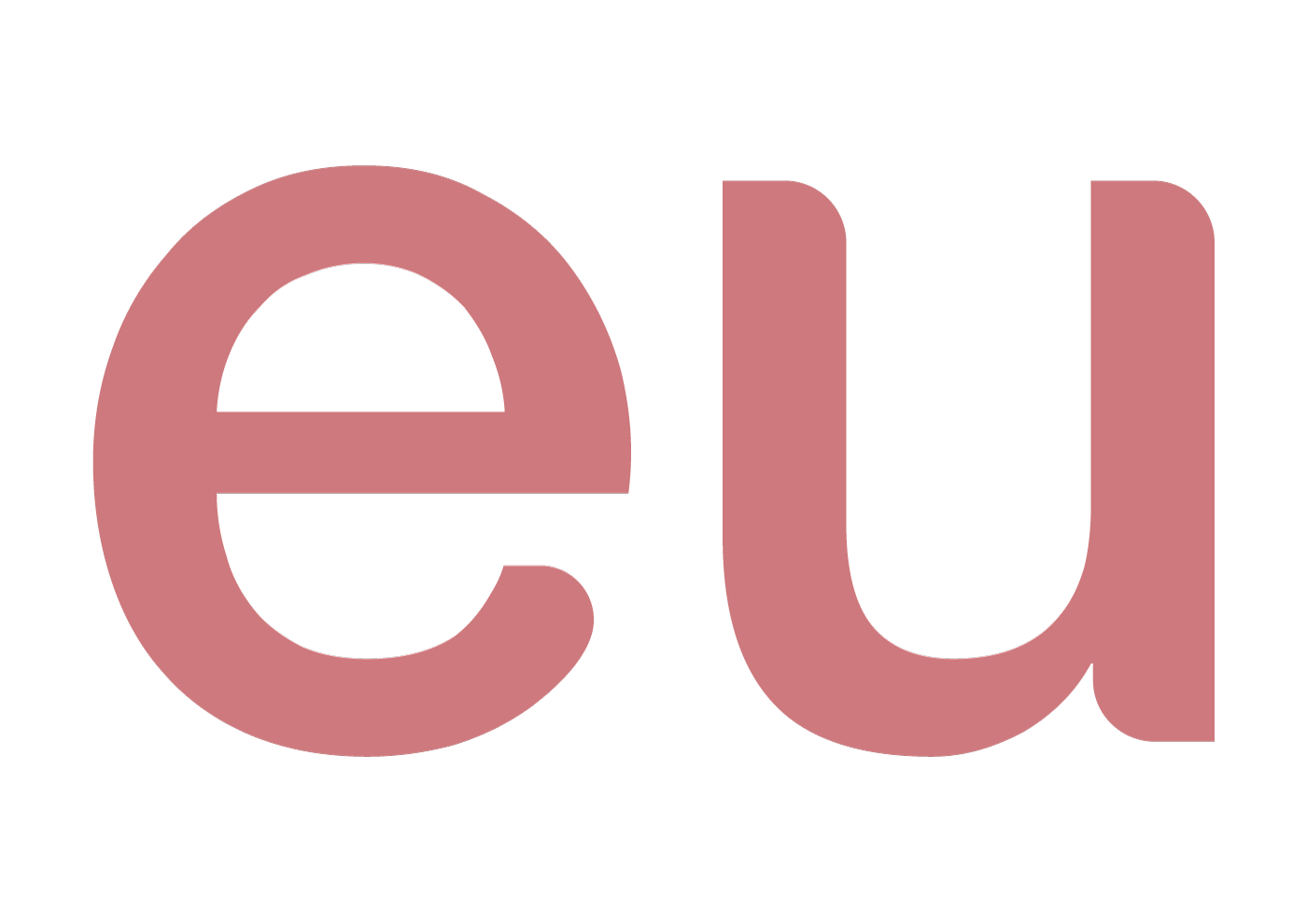 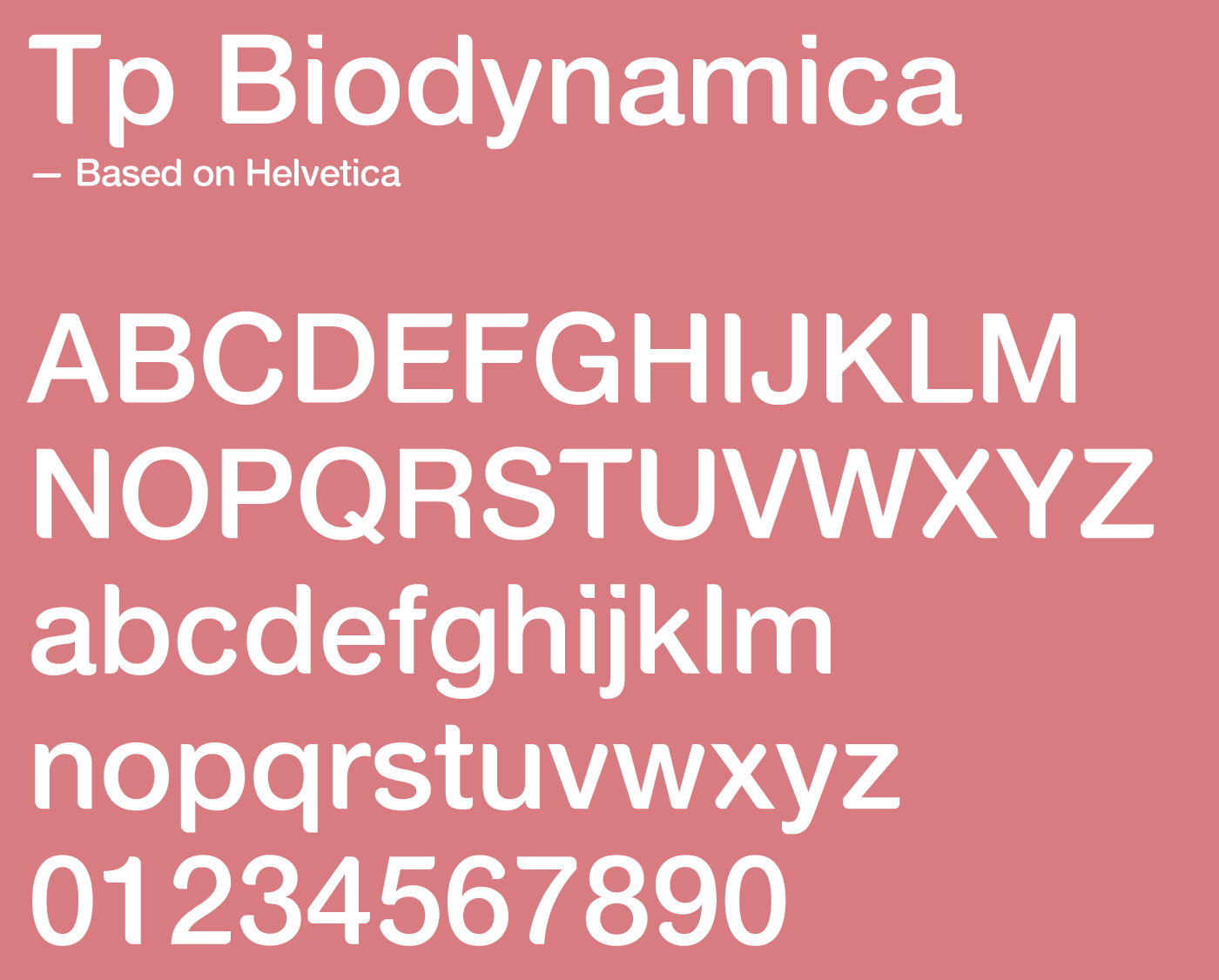 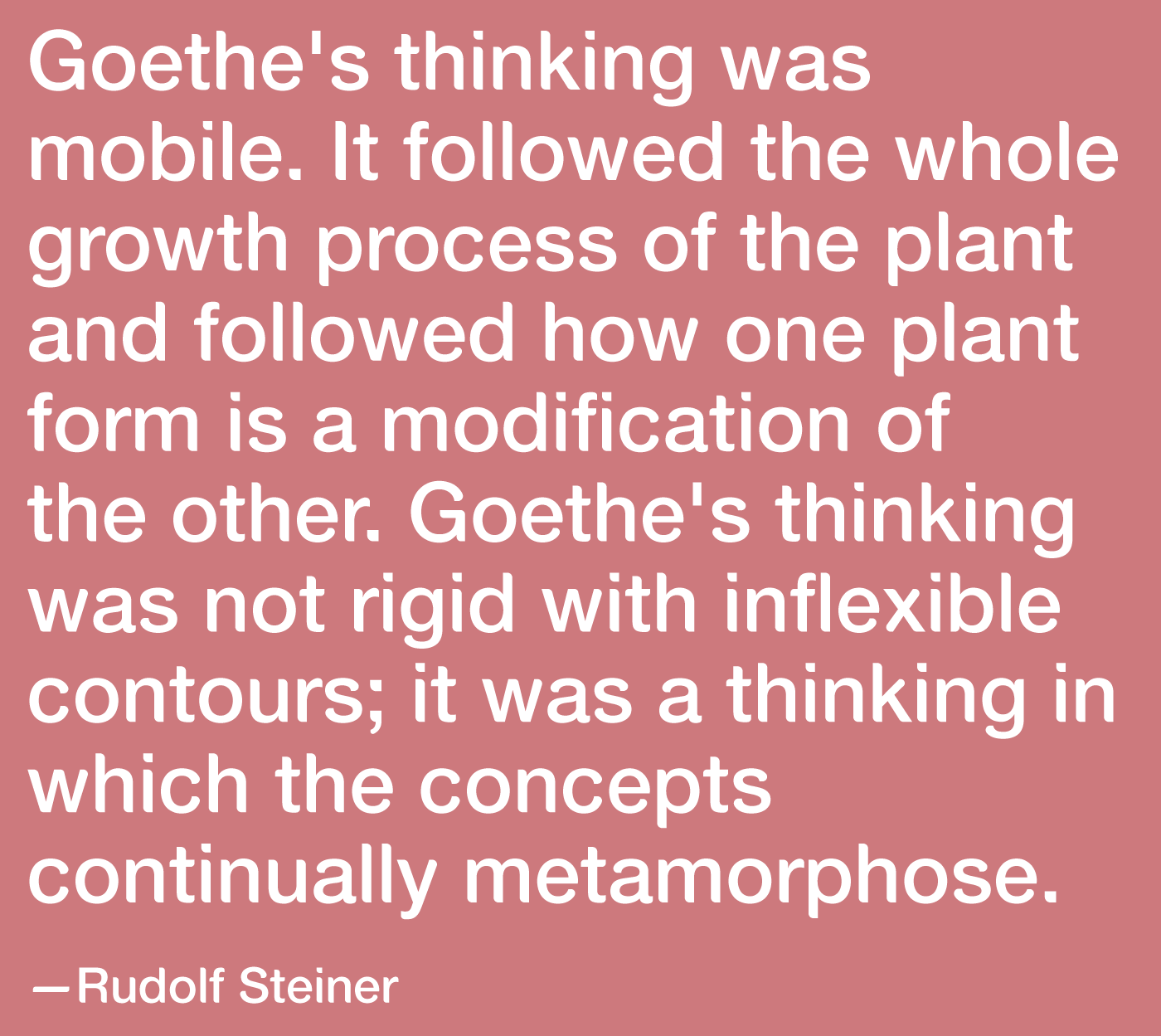 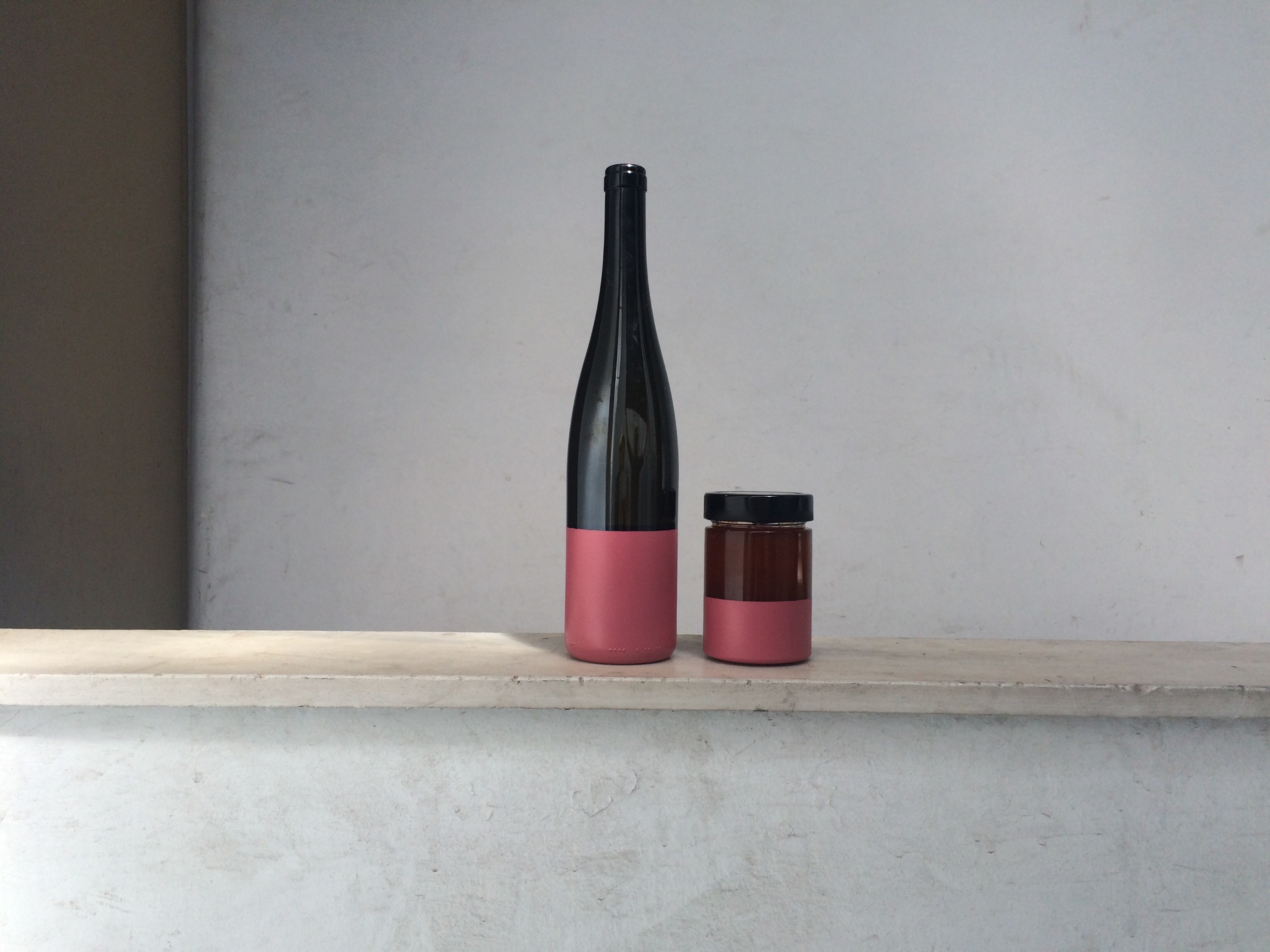 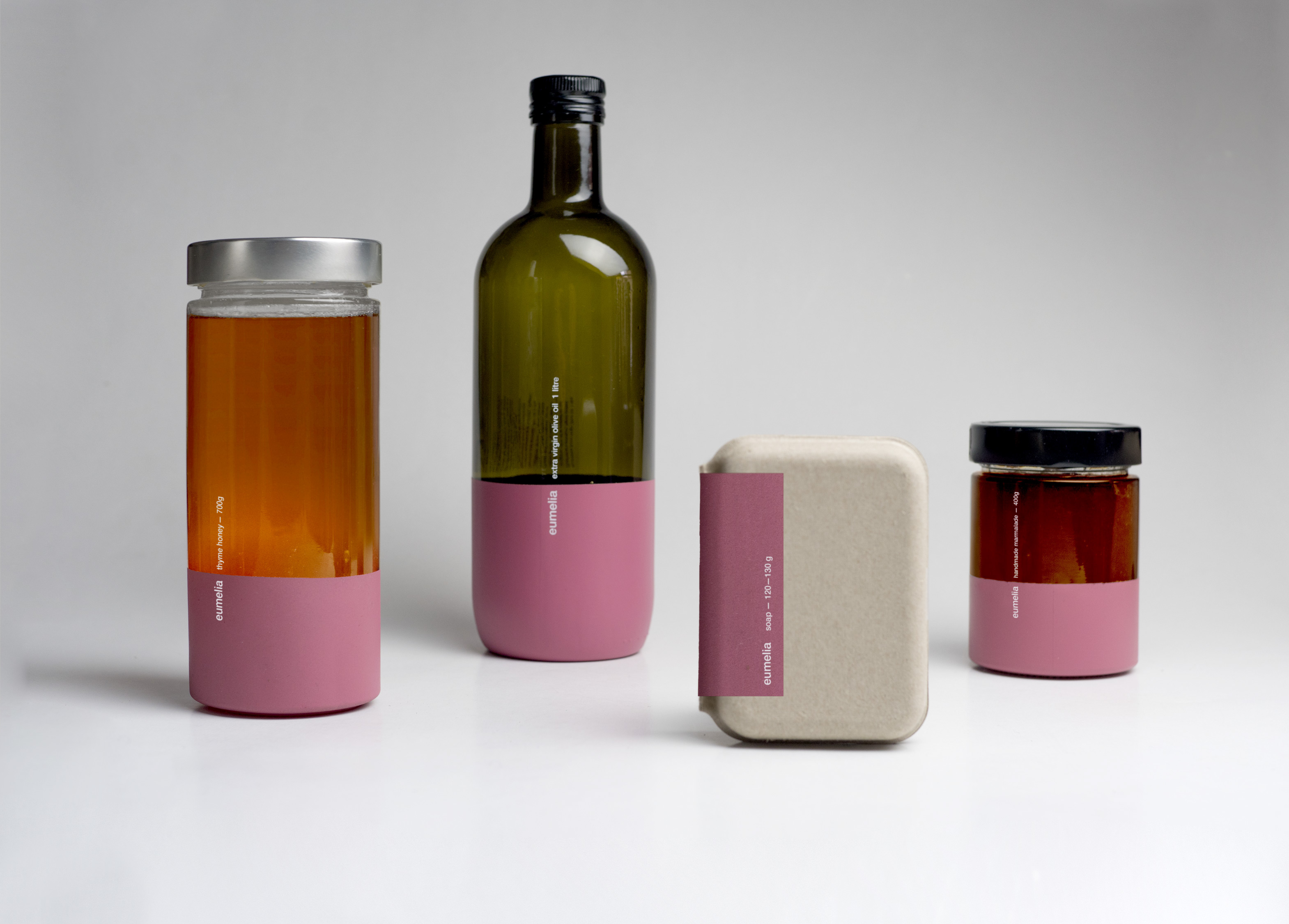 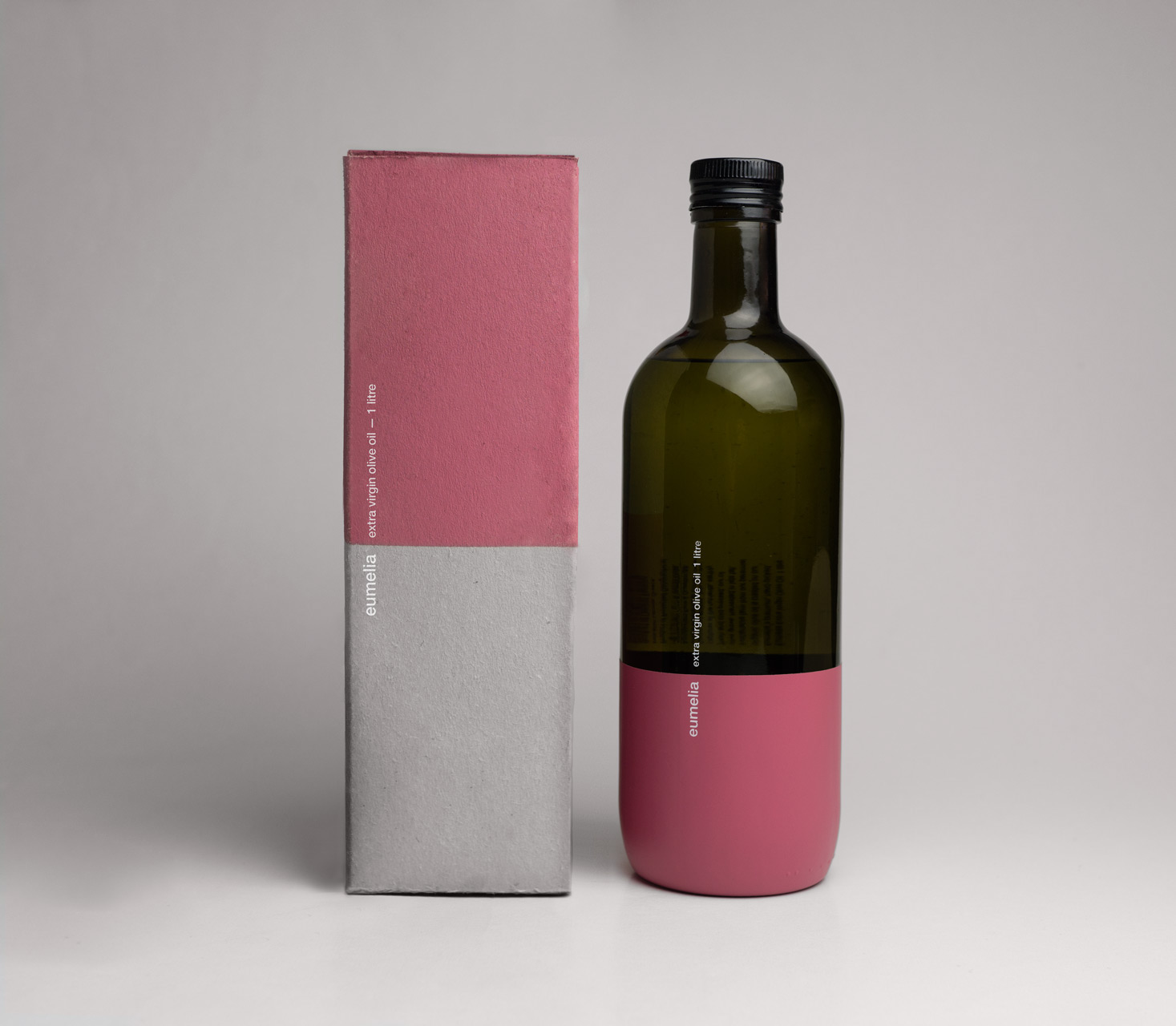