The web page we conceived for the in France based publishing house sun/sun begins with un-designing the existing logotype. By reuniting the in two divided circle that shapes their “S” we returned to the unique circle as starting point. The movement from two to one would allow to think perhaps about the creation process again and again, mirroring the eclectic editorial approach of sun/sun. Returning to the “one” is creating the need for “two” and so on and so forth. Obviously, the circle is the sun and then the sun duplicates itself, publishes itself into the multiple. The dual element, the two, comes back in our suggestion to show simultaneously French and English in one form, as also the use of two typefaces from conflicting realities: the 16th century Garamont and the 20th century Helvetica. 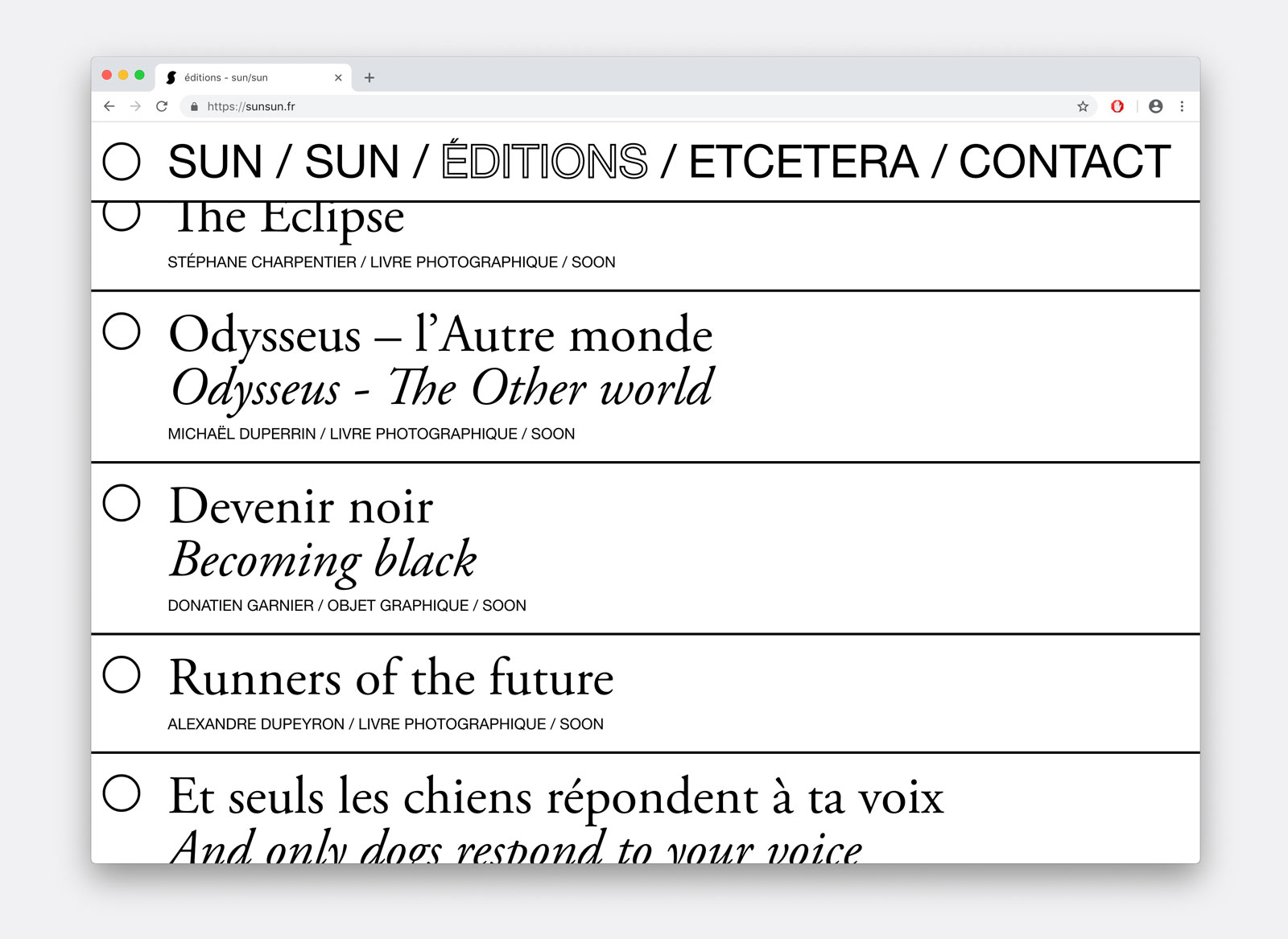 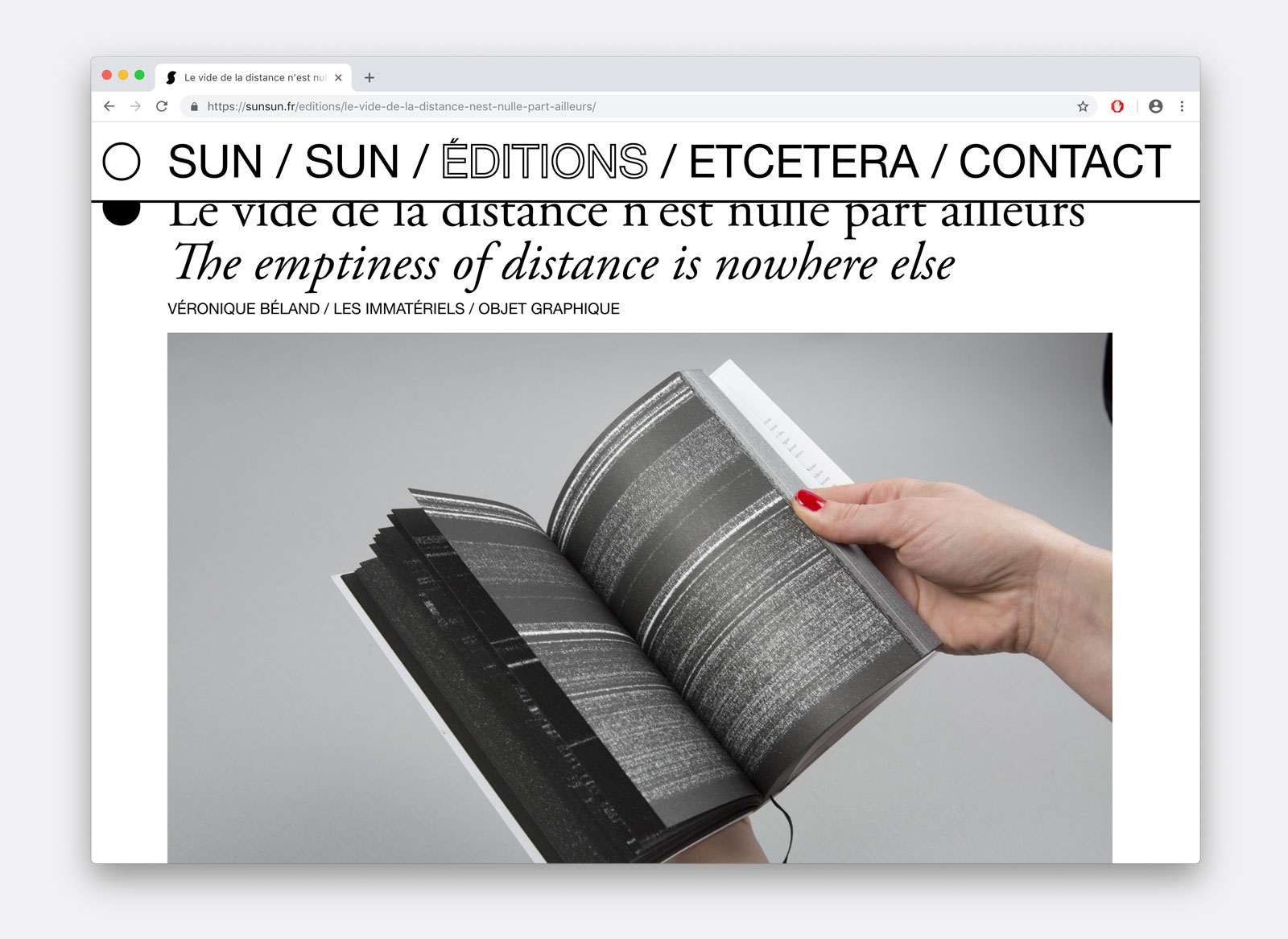 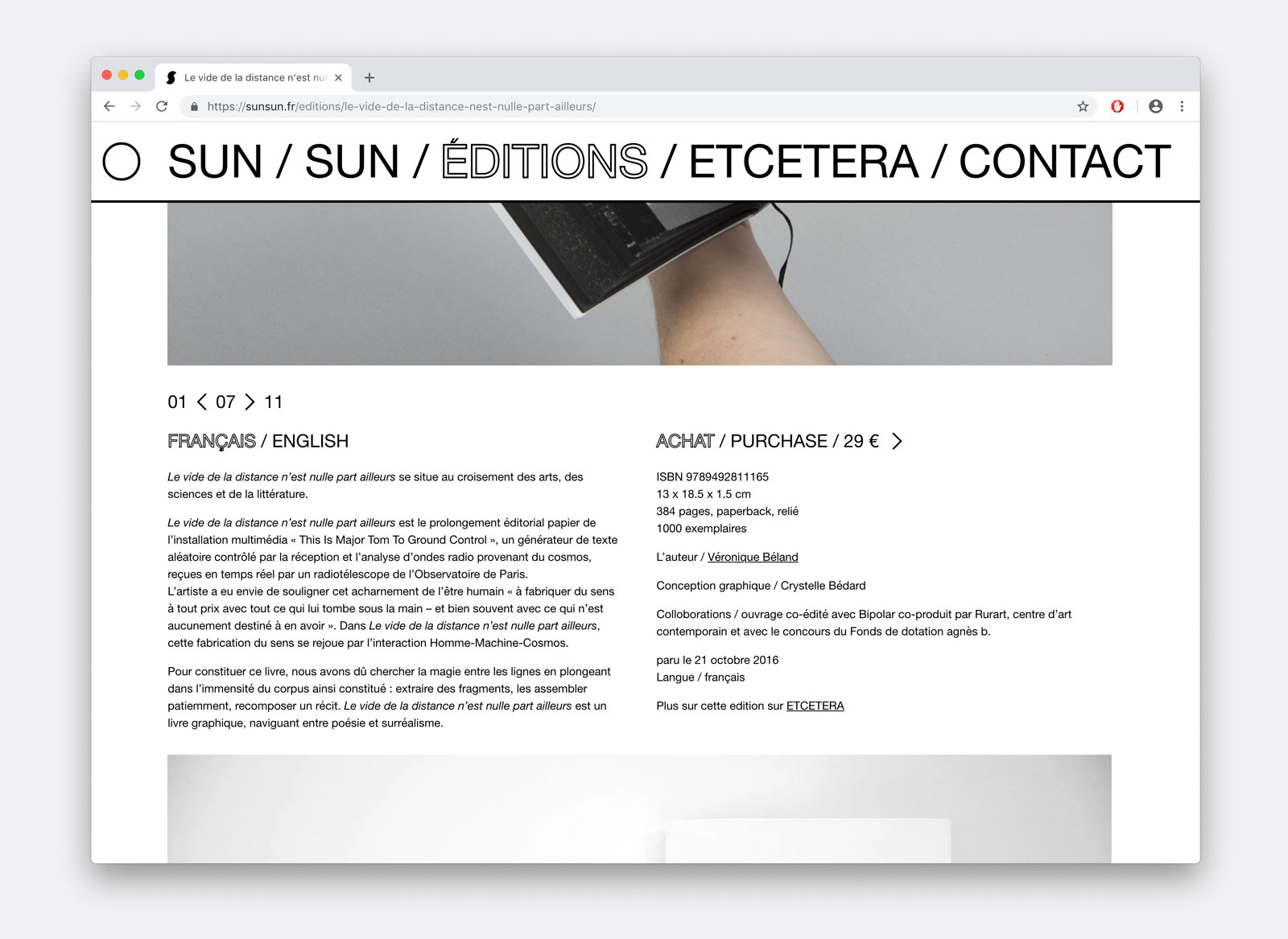 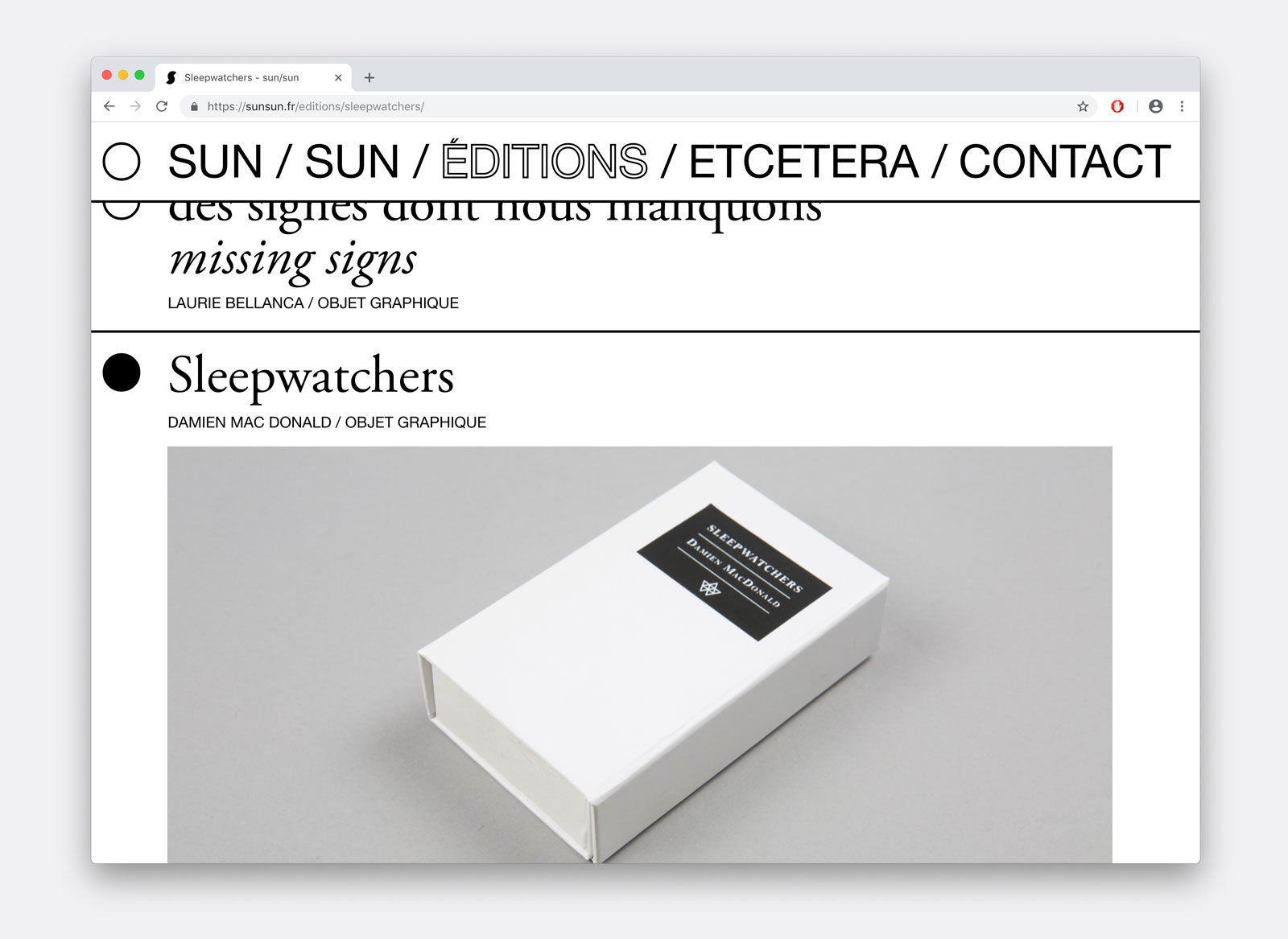 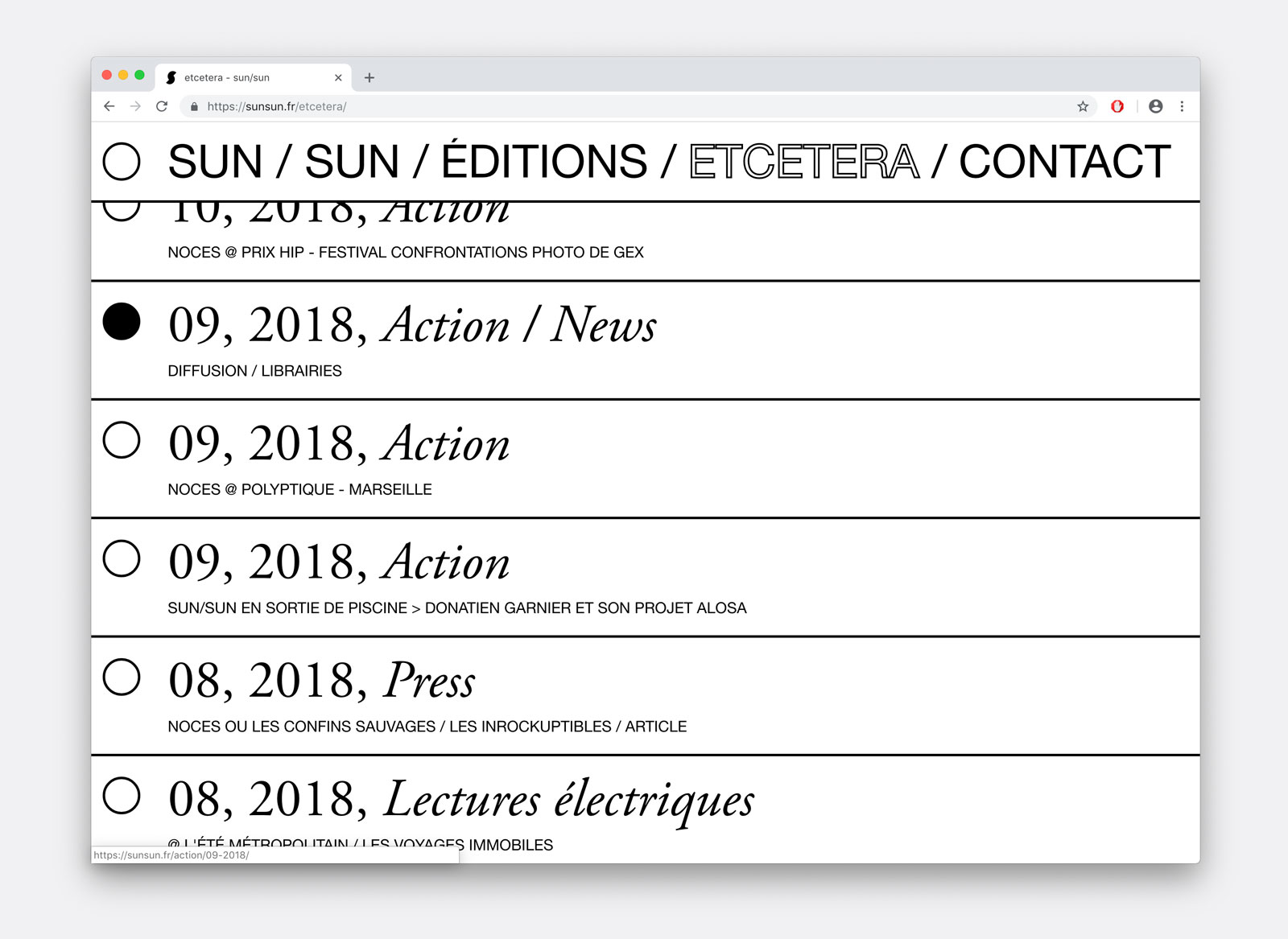 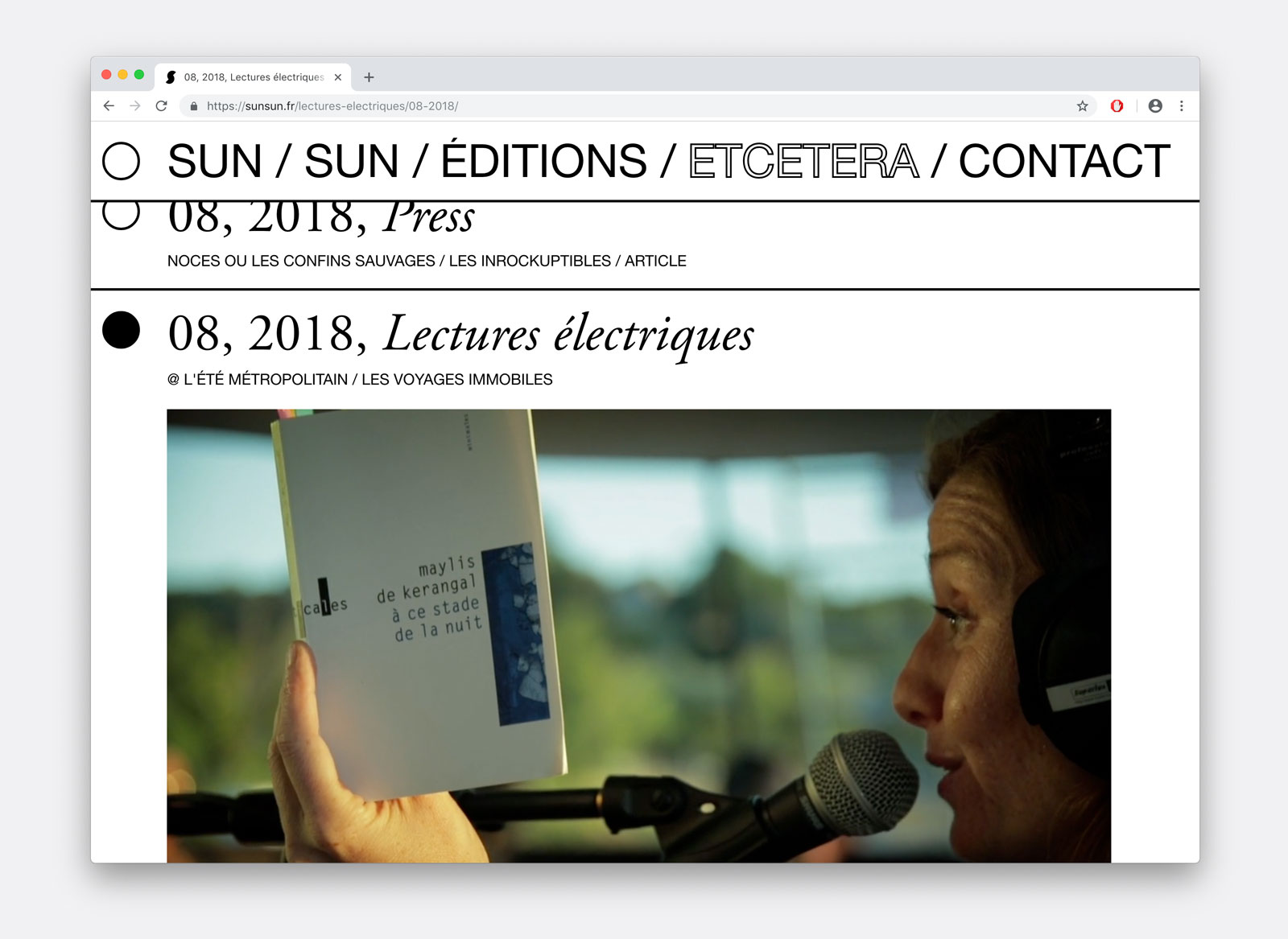 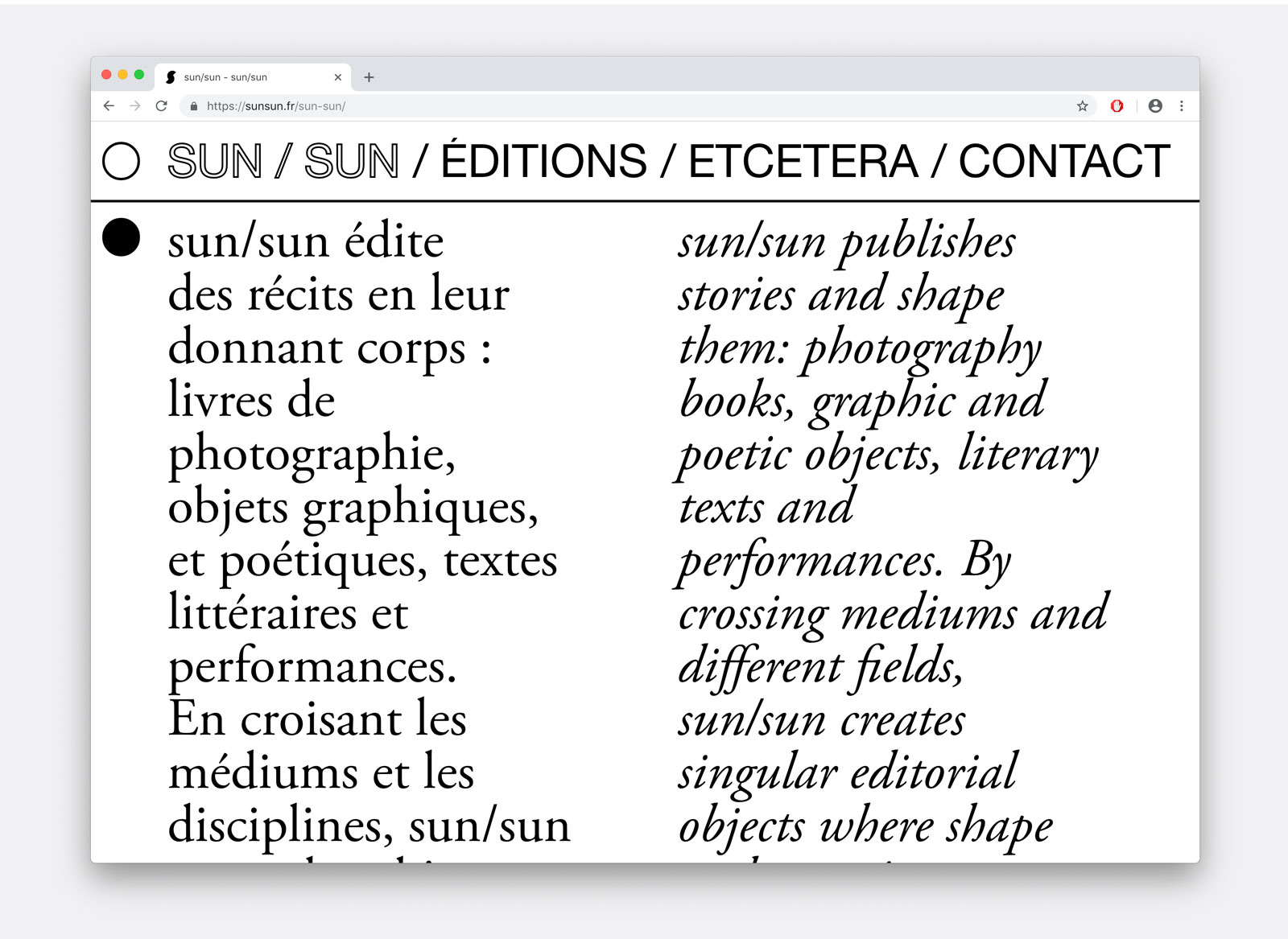 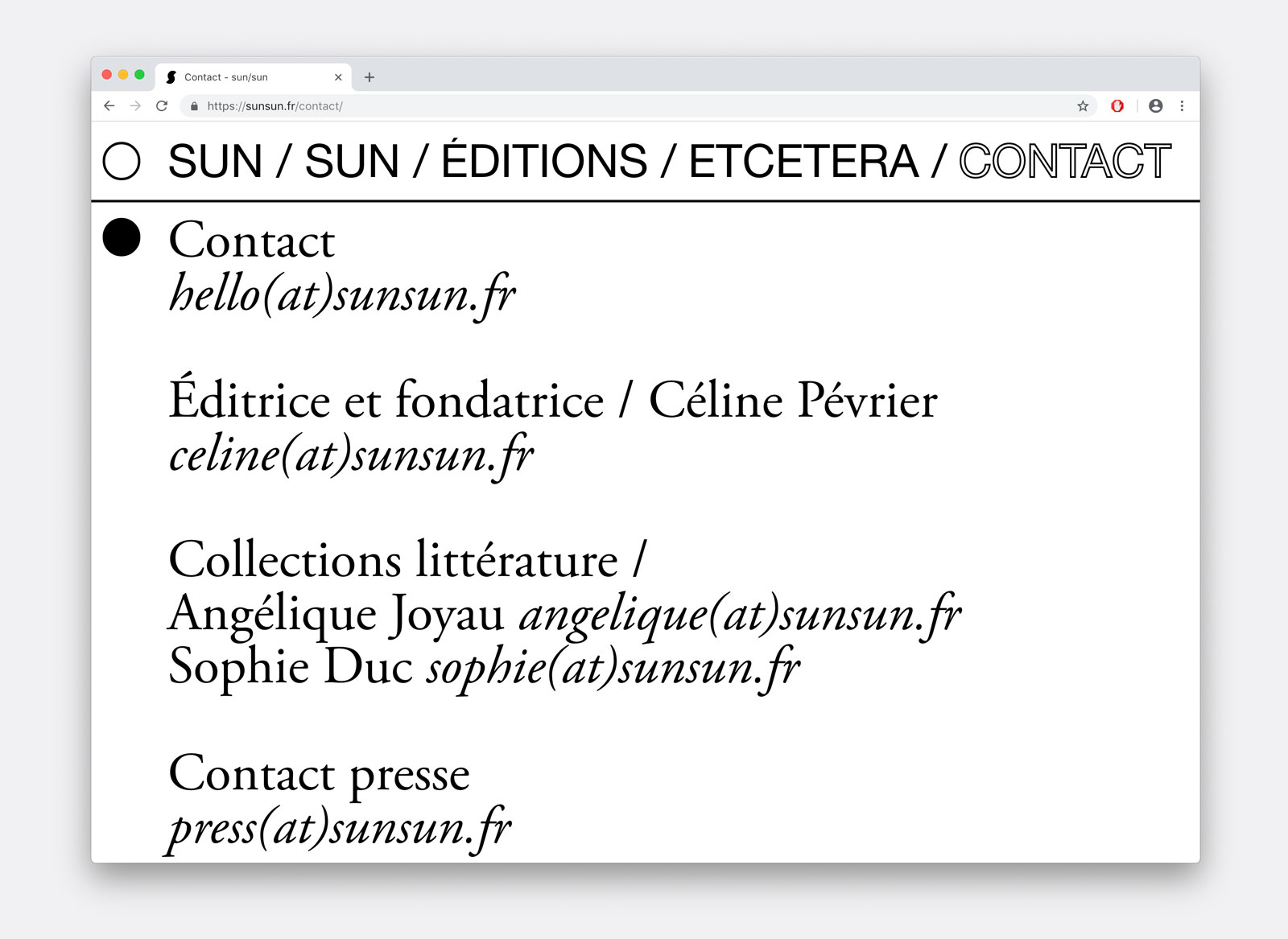