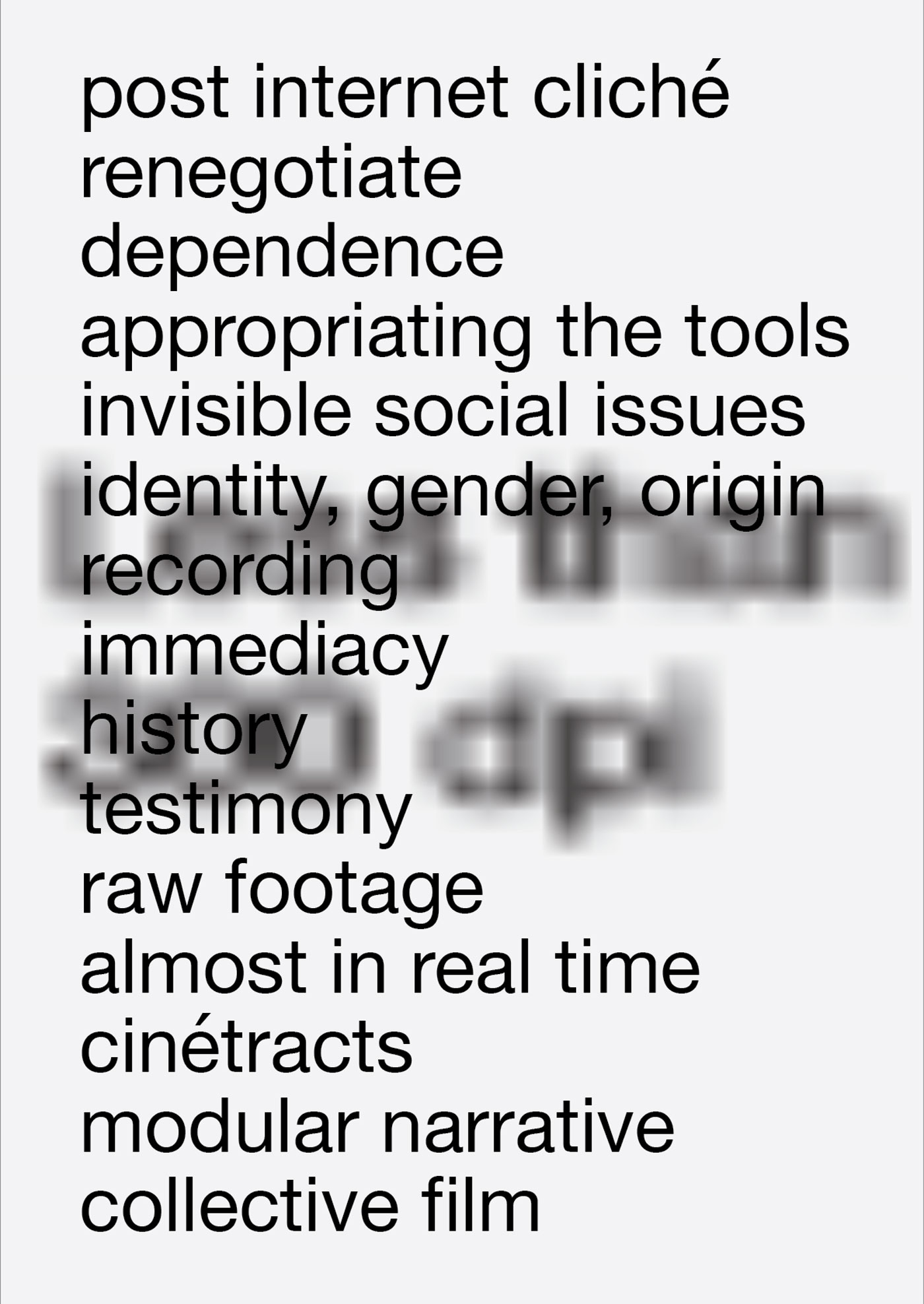 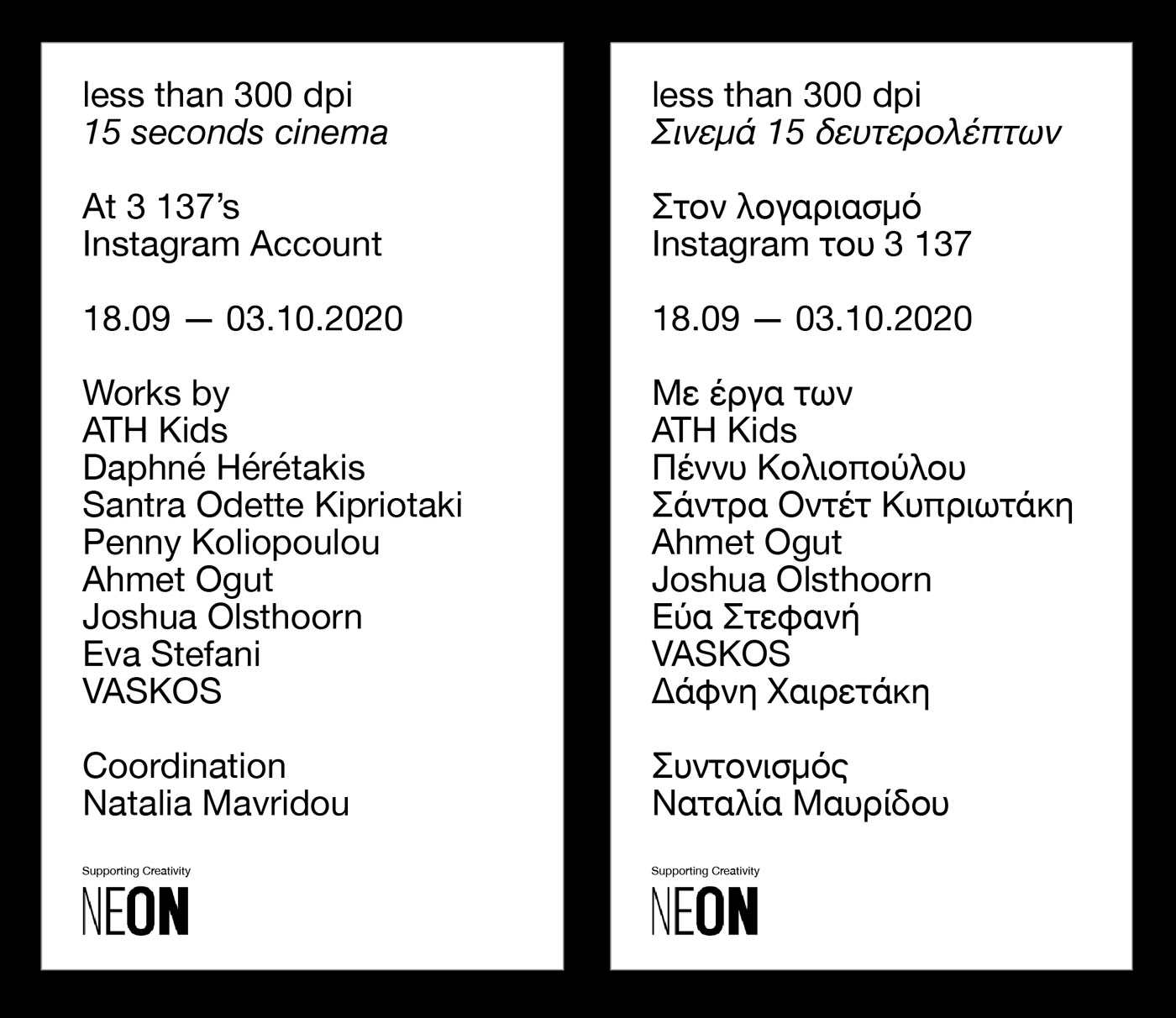 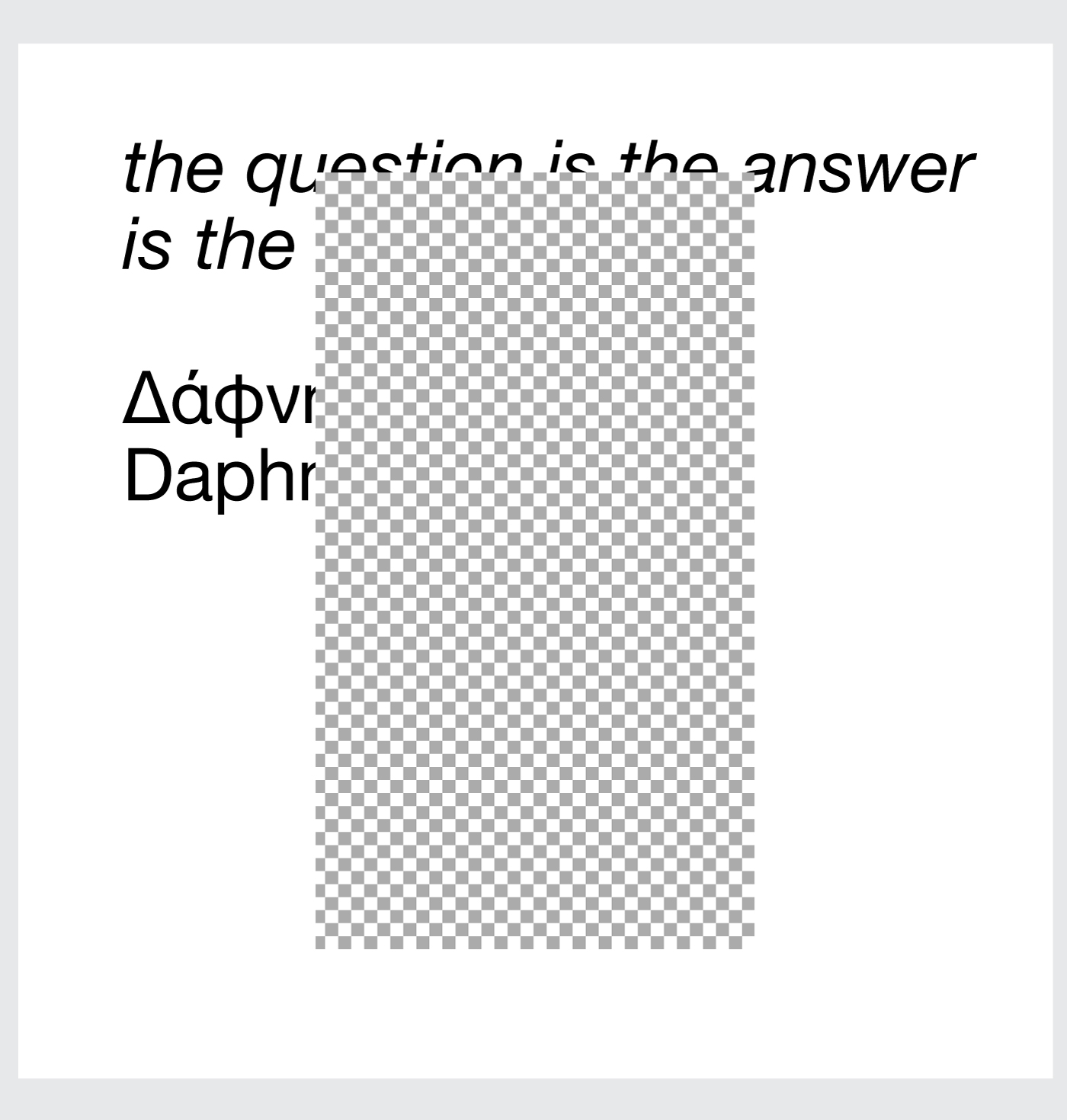 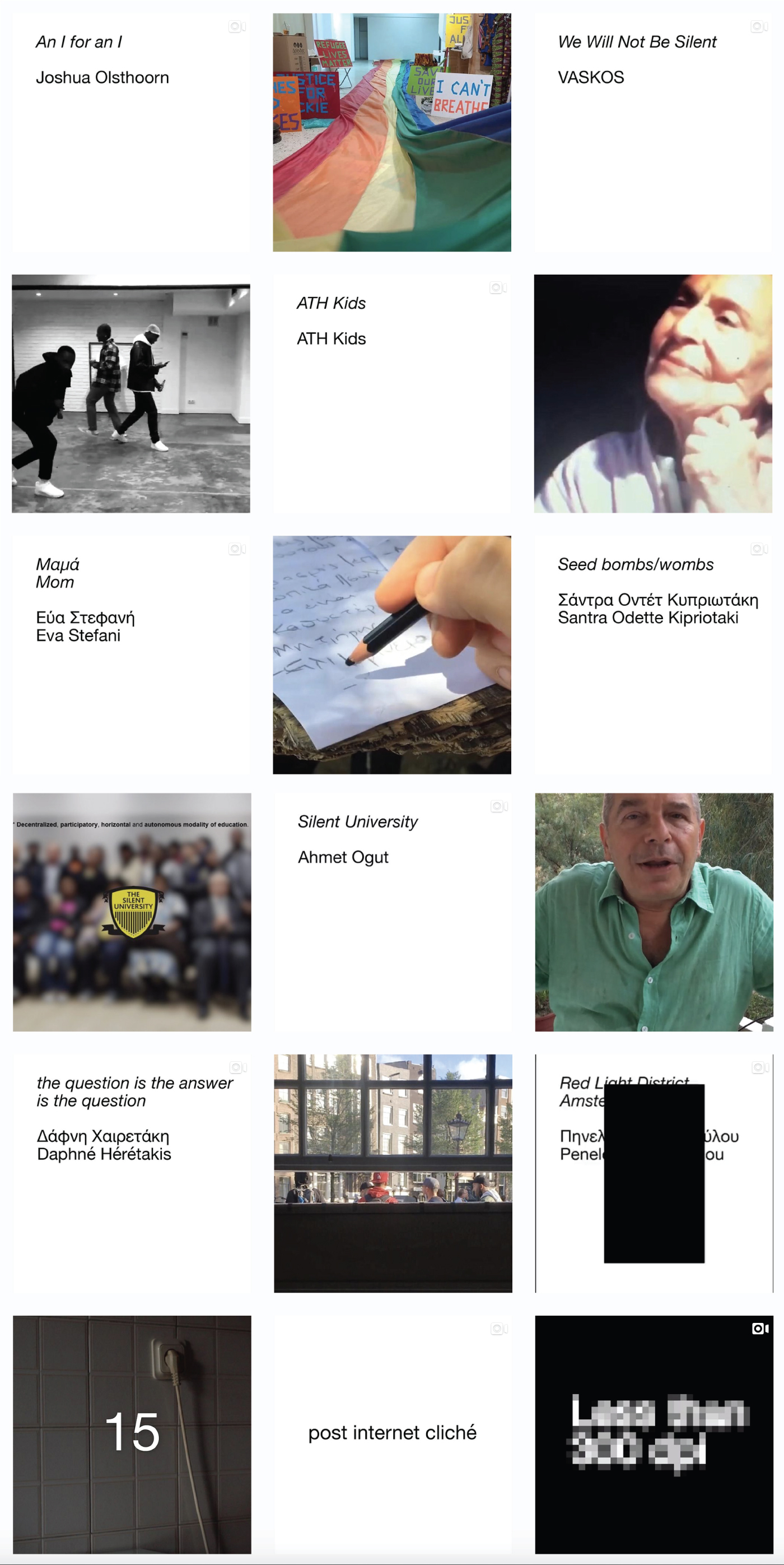 Part of a visual identity system we designed for “Less than 300 dpi, 15 seconds cinema” an exhibition by 3 137 artist run space.

The exhibition, starts from the cliché that we live in a post-internet era where the image dominates, and social media is the main means of communication. The way we receive information has changed, news about our social environment, politics, social issues, and even trends in fashion, consumption and e-commerce, travel in a much faster and more direct way. By using the dynamics of these media, we want to challenge and renegotiate their role and impact on modern and everyday life. The exhibited works represent ideas and stories about social issues, often invisible, and not so widespread in the public sphere. They bring to light different groups and characters, they talk about issues of identity, gender, origin, as well as issues that pertain to underground culture. Using the camera of the mobile phone, recording history in an immediate way, and highlighting unpredictable and unfamiliar environments, we want to create an integration story and orchestrate an experimental choir of different voices. The immediacy of the recording, the sense of testimony created by the use of the mobile camera, the raw footage, the posting and circulation of the image almost in real time, makes us think of the “Cinétracts” again. A group of filmmakers in France, in response to the events of May ’68, decided to make a series of short films called “Cinétracts”. Each “Cinétract” lasted about 2 minutes and 44 seconds, a duration caused by the length of the film reel, and an easily available solution. It was produced quickly, often over the course of a day, and aimed to spread widely and provoke discussion and action. With an even shorter duration than “Cinétracts”, the participating artists were invited to create a series of Instagram stories, as their own “Cinétracts” specifically created for contemporary media. Our aim is to create a modular narrative consisting of animated images-works that come together to make a documentary, a collective film that evolves into episodes.