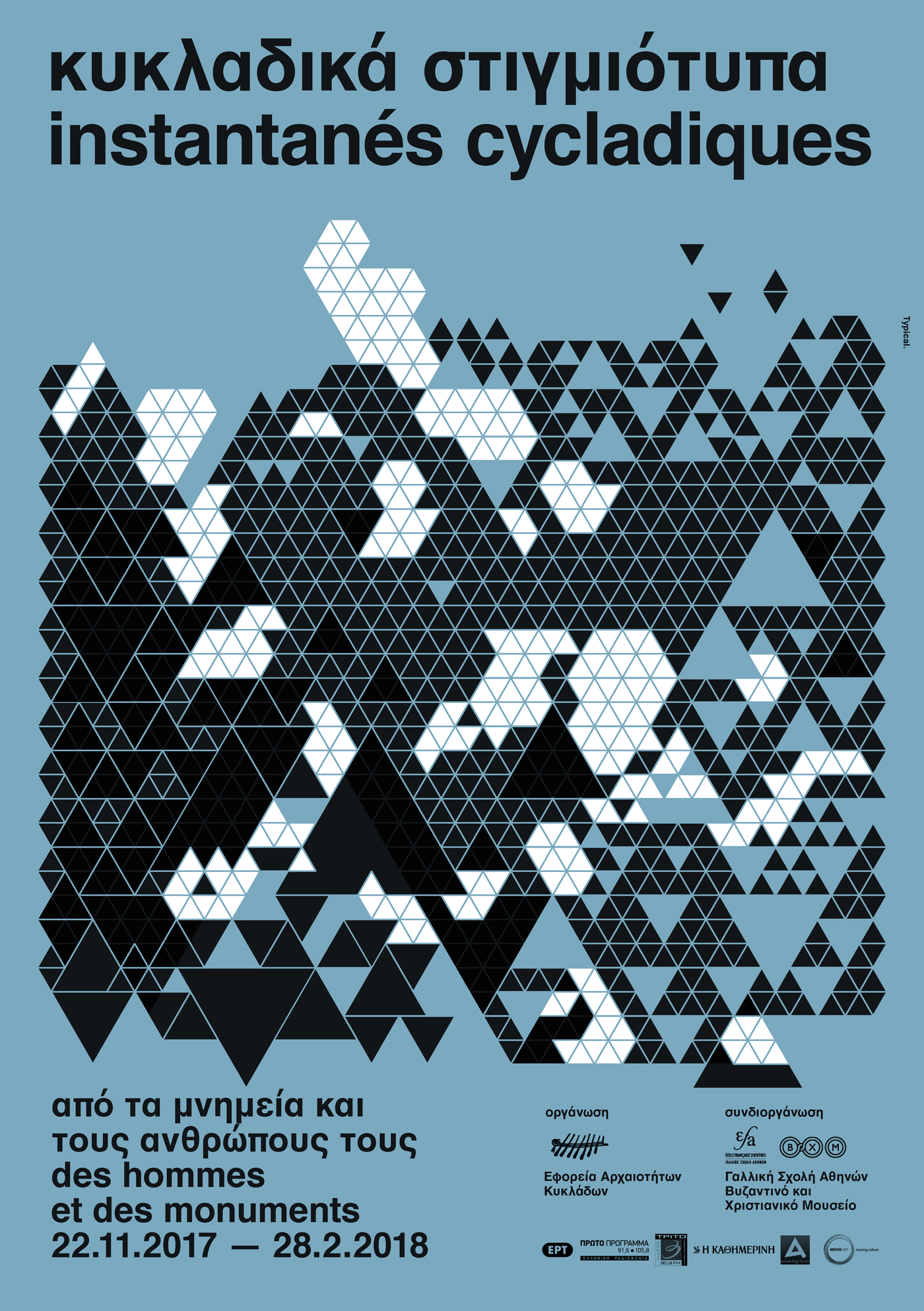 A visual identity including multiple applications for the exhibition ‘Cycladic instances’ organized by the ‘Ephorate of Antiquities of Cyclades’ (a Greek state run cultural instance promoting and preserving the Antiquities of the Cycladic islands). Reflecting on cultural heritage of the Cyclades we concluded that in essence this area, known as center of the mediterranean world, was first of all a network of connections and relationships mediated by the sea. This network though out history is often, in therms of geometry, studied and contemplated with triangular relations and formations. By recreating a triangle based field of study in combination with the helvetica bold we have tired to down scale this sphere of links within the visual communication of the exhibition. 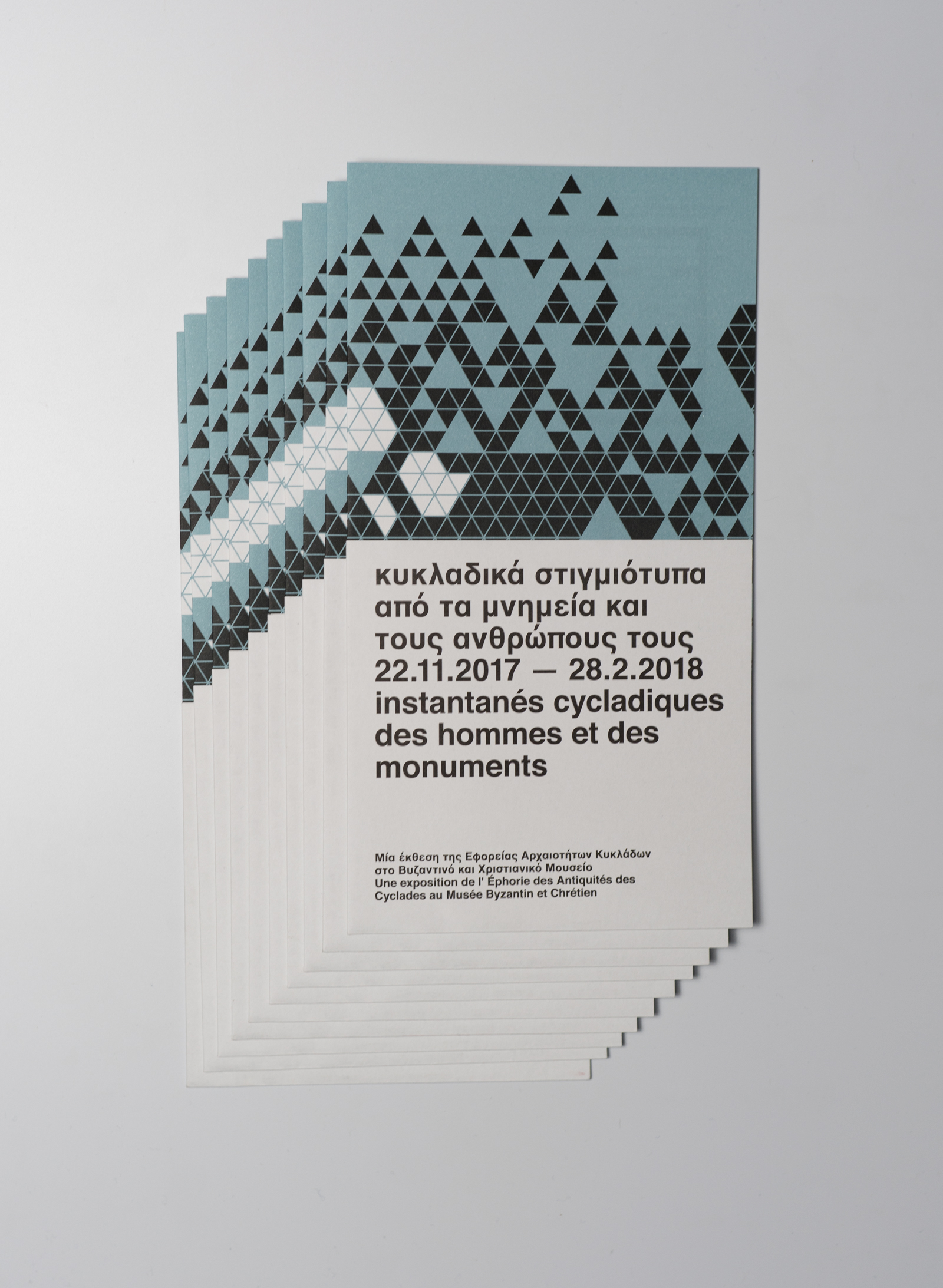 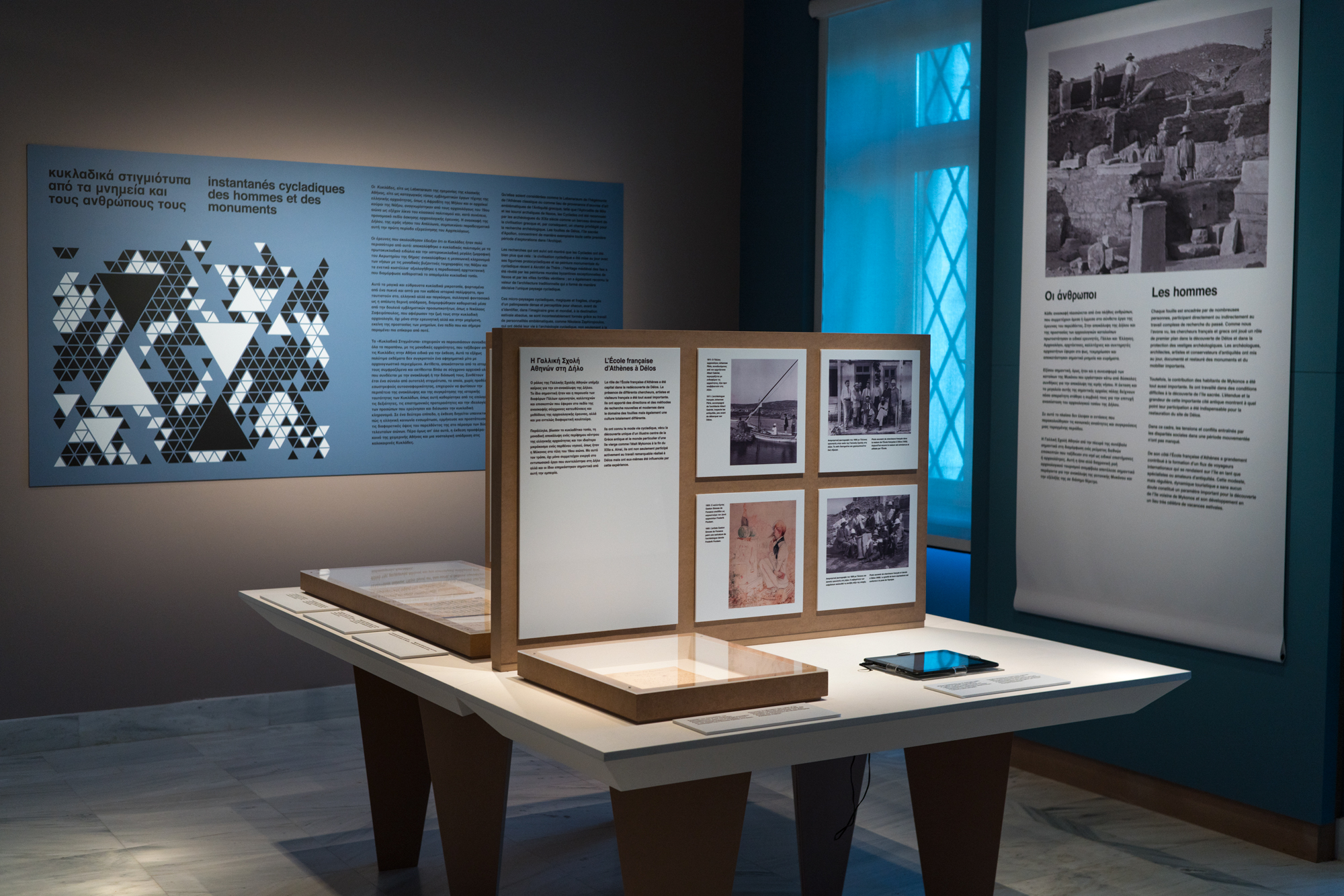