“Technology is not mere tool making and tool use: it is the making of metaphors.” ― James Bridle, New Dark Age: Technology and the End of the Future. 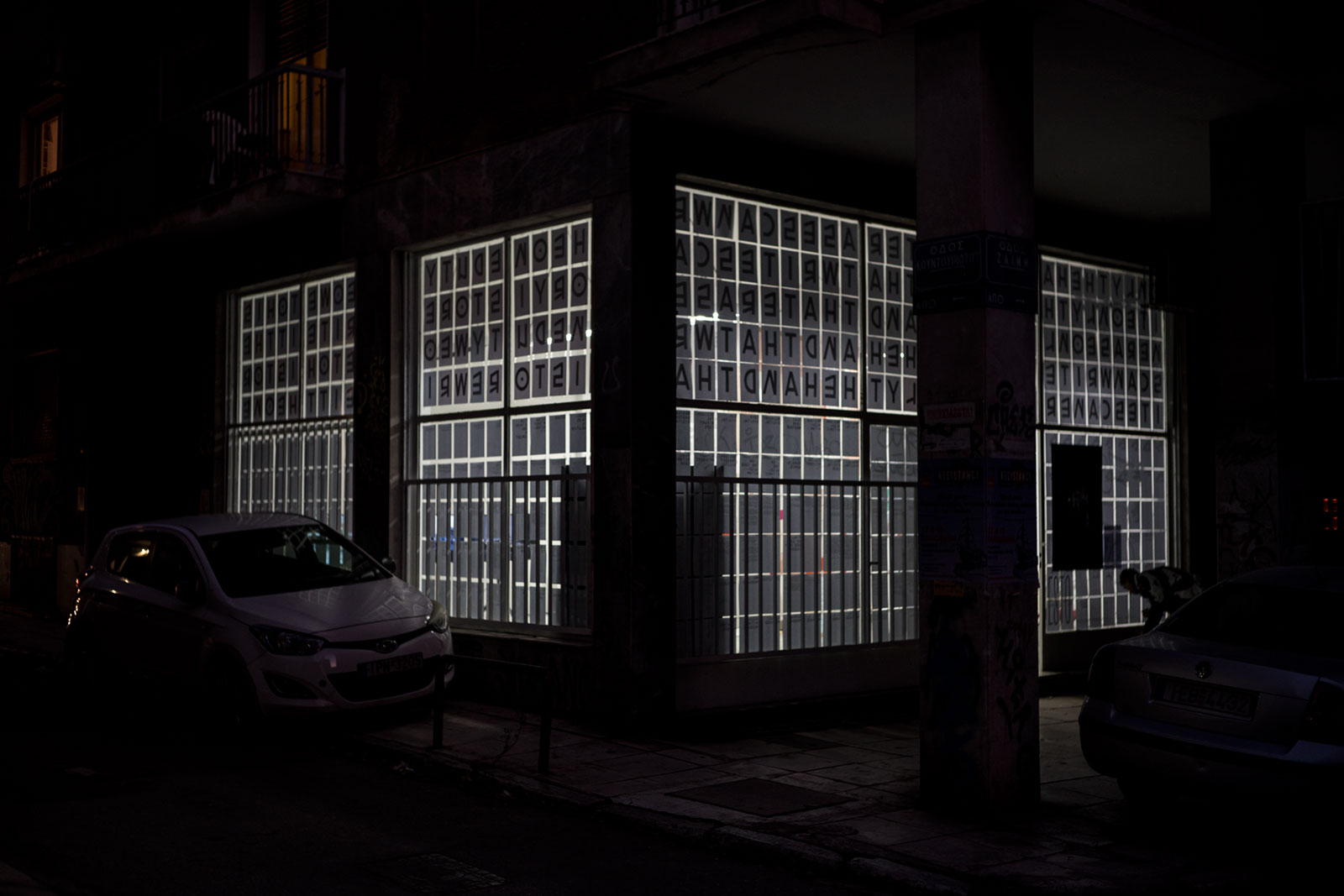 Studio Stone Age is the spatialization of a film project by Joshua Olsthoorn. The not yet released experimental film ‘Stone Age’ is an attempt to reconsider and reflect on how contemporary technology has shaped the very ideas of progress and sustainability in the anthropocene era. The film is built upon non-stories of characters in search of meanings in a confused time and environment. These characters played the double roles of actor and auteur and participated actively in the making of the film, turning it into a semi-improvised collaborative work. The exhibition derived from the film is showcasing fragments of the film in relation with artworks by its participants, thus turning itself into an open end collective show, whose editing process has to be operated by the visitors and whose final cut belongs to them only. 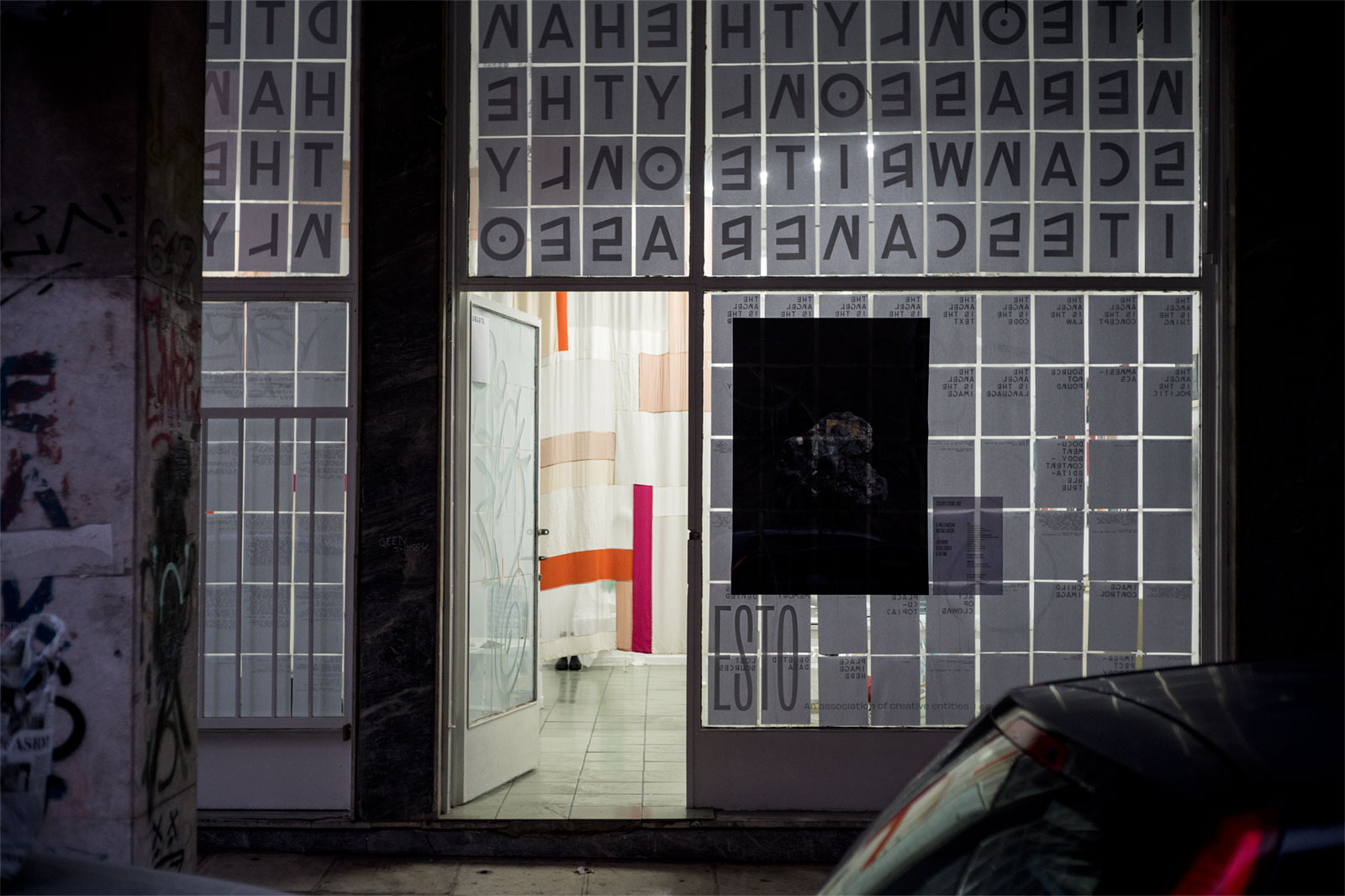 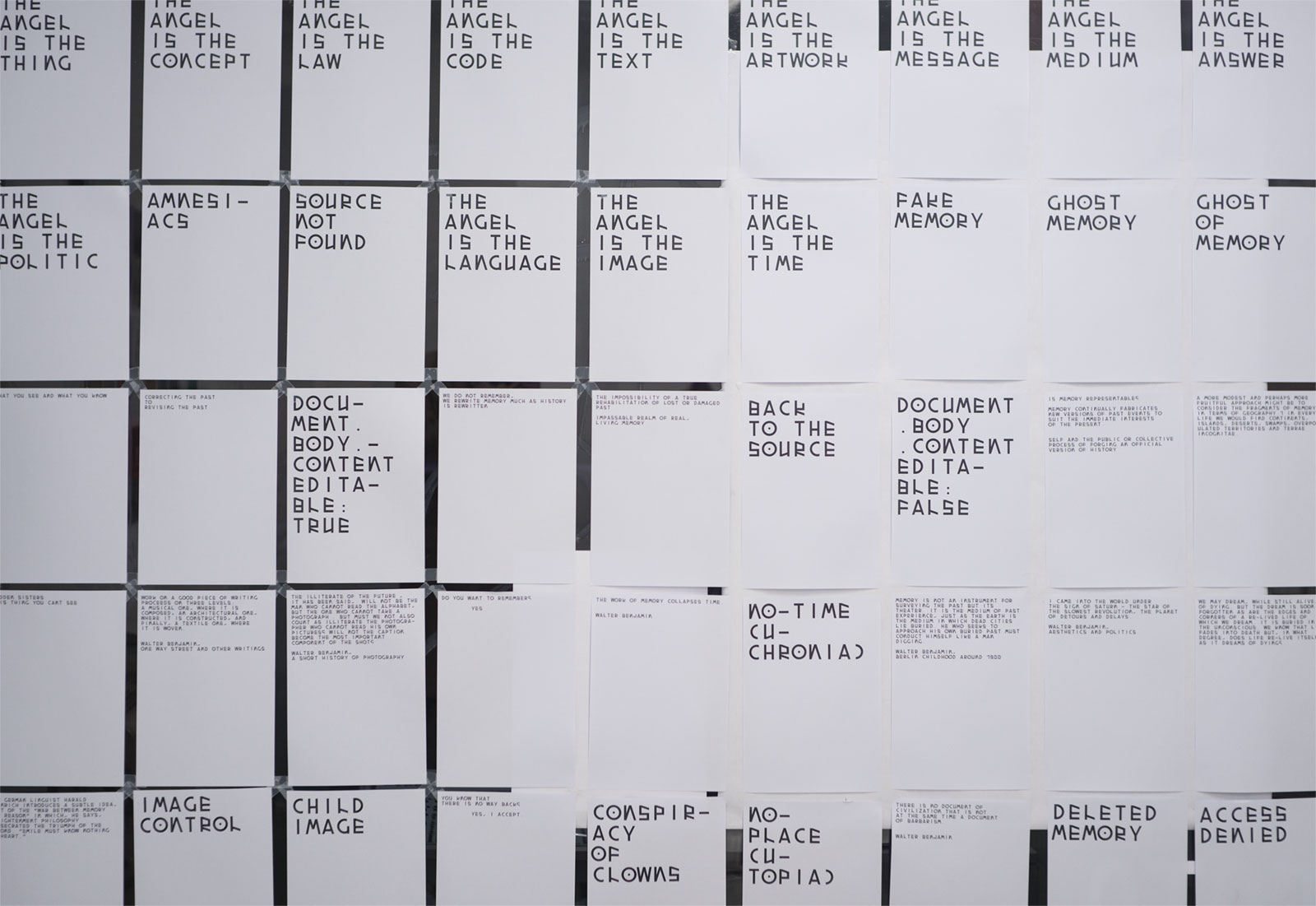 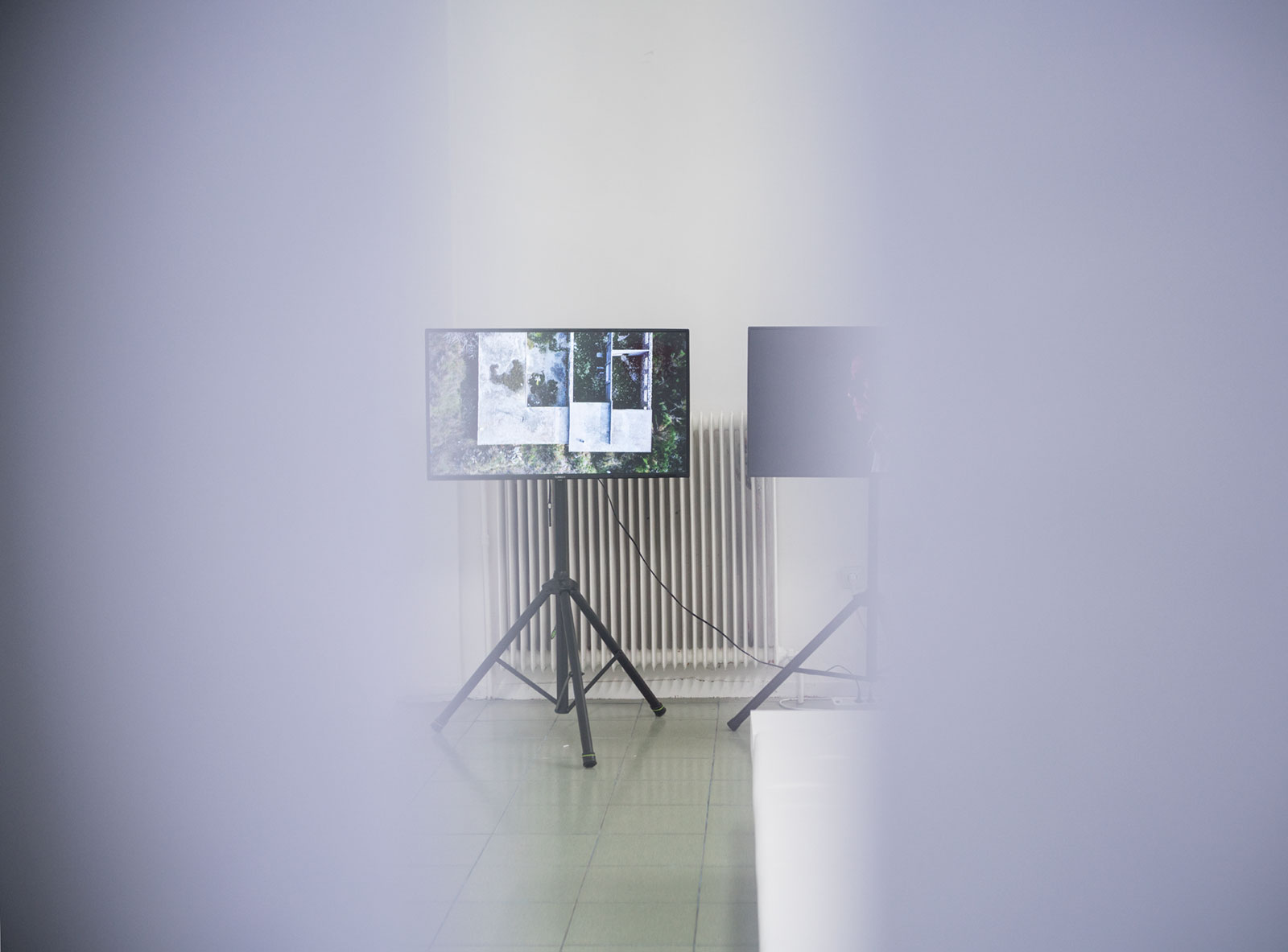 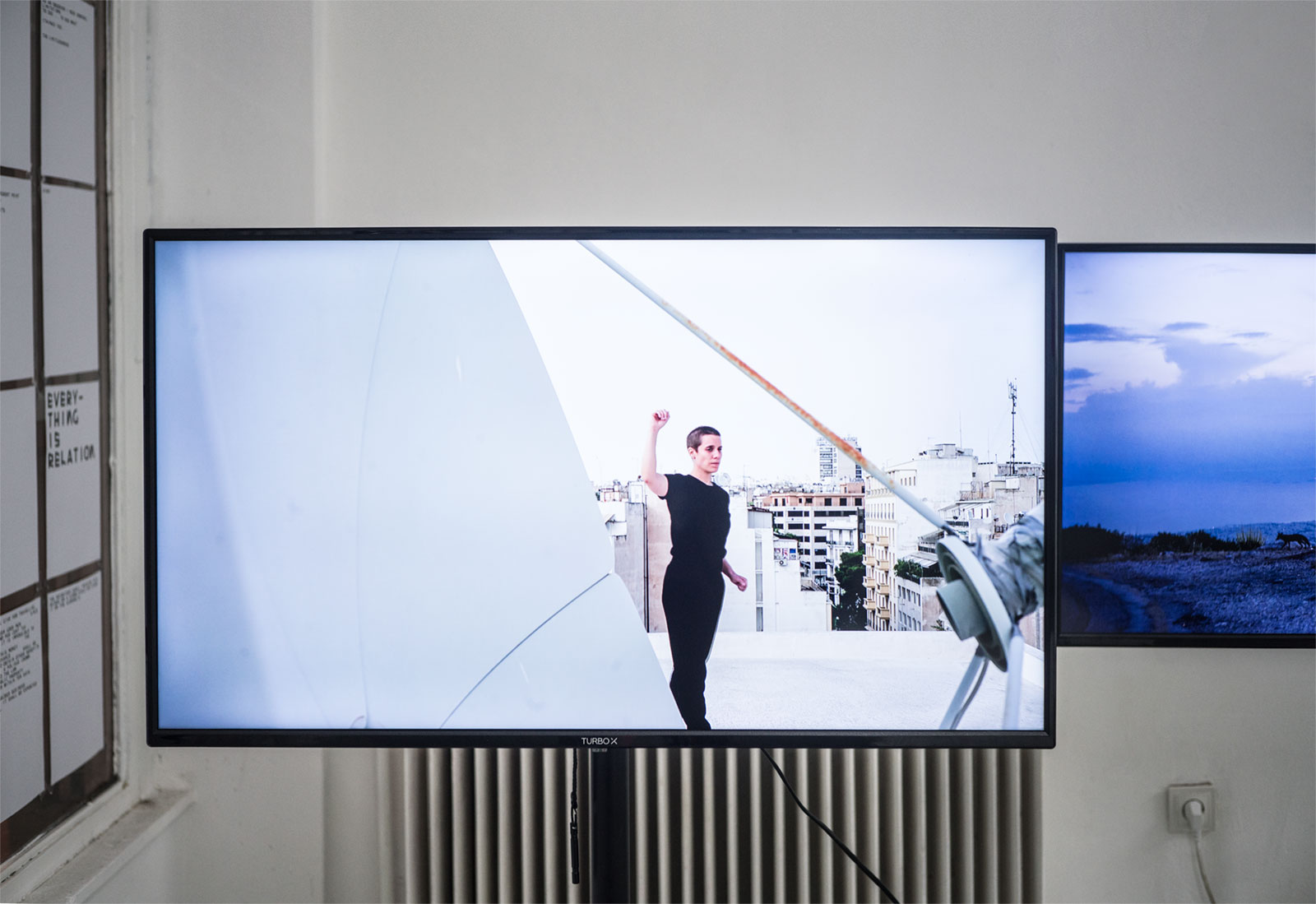 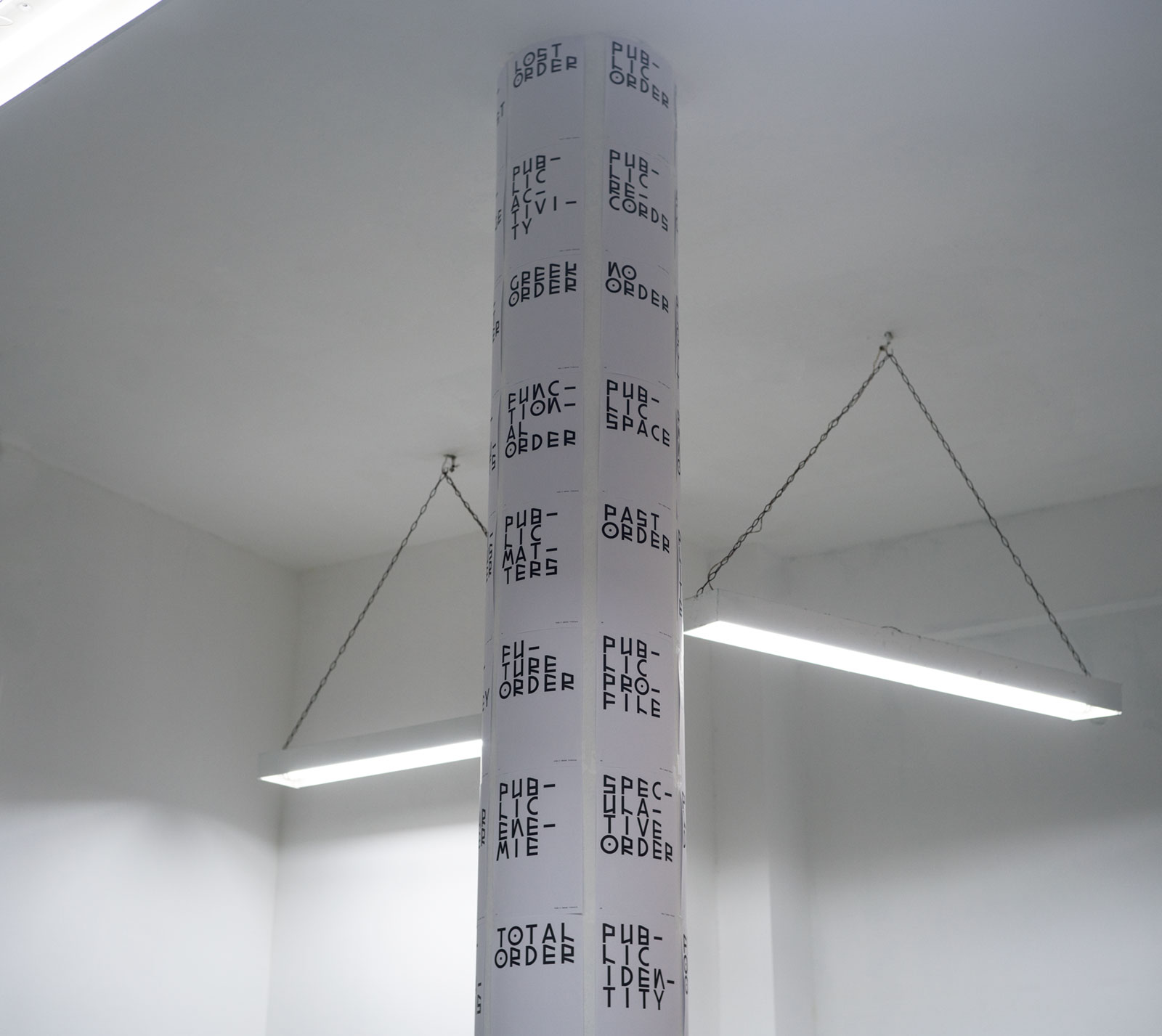 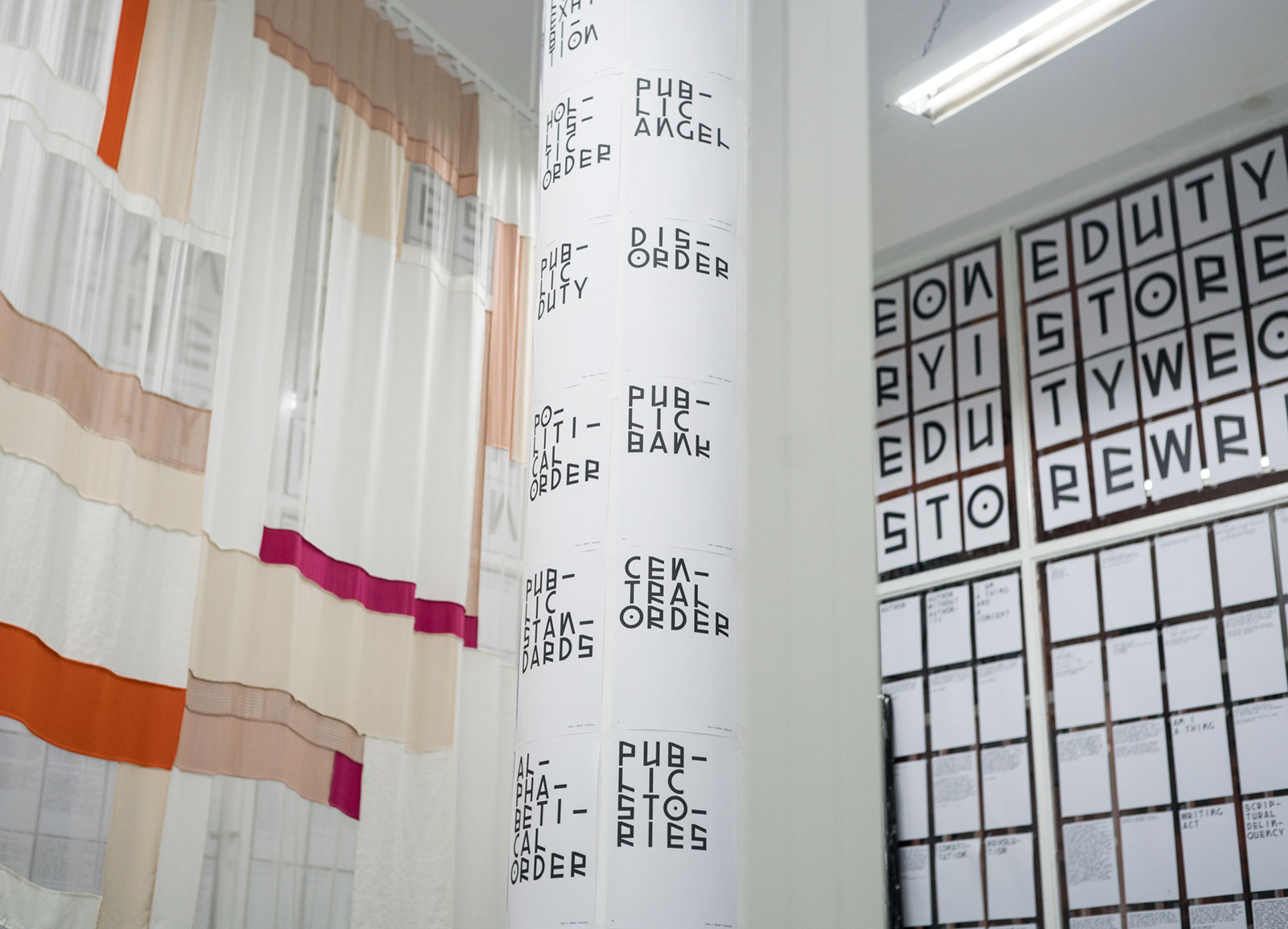 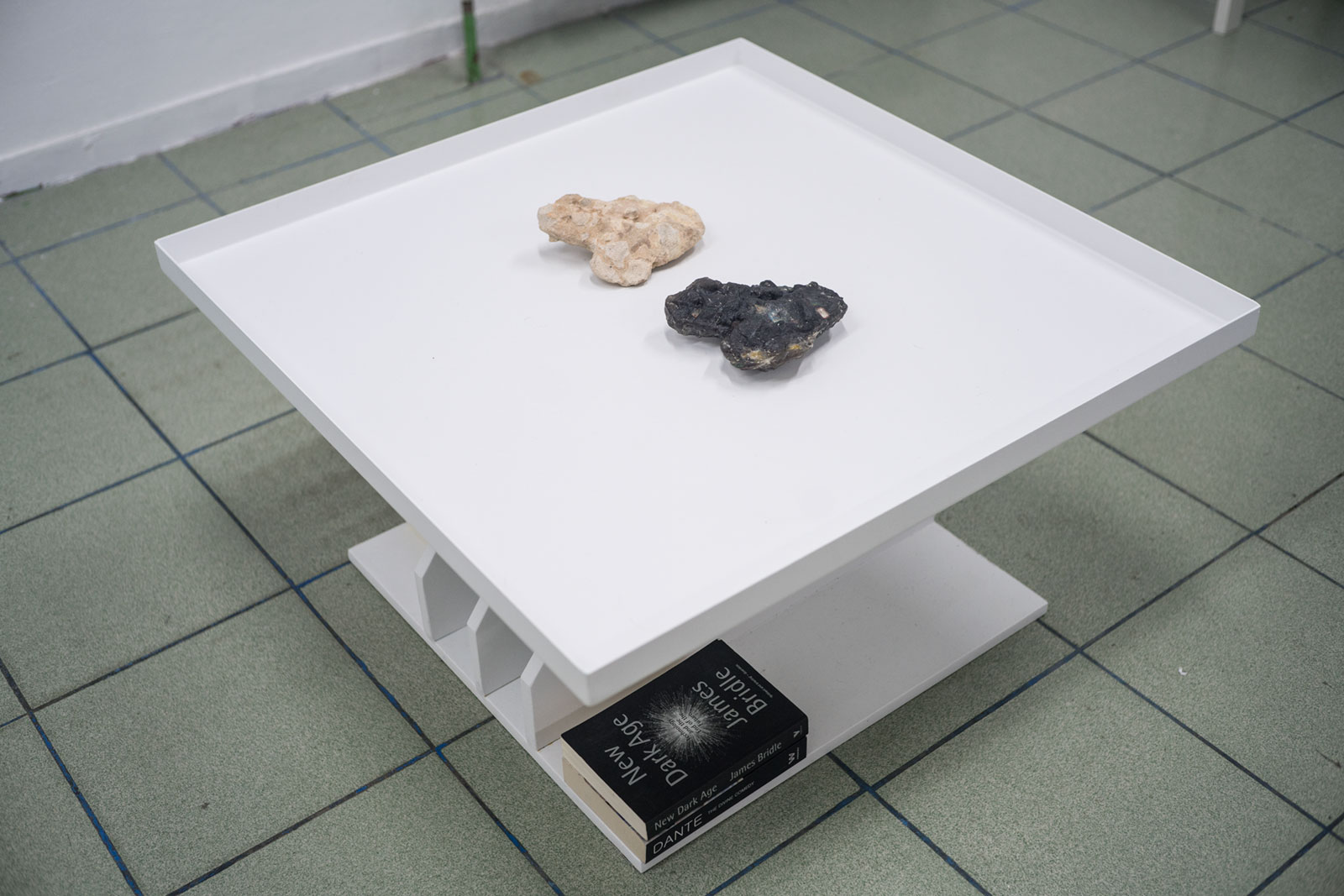 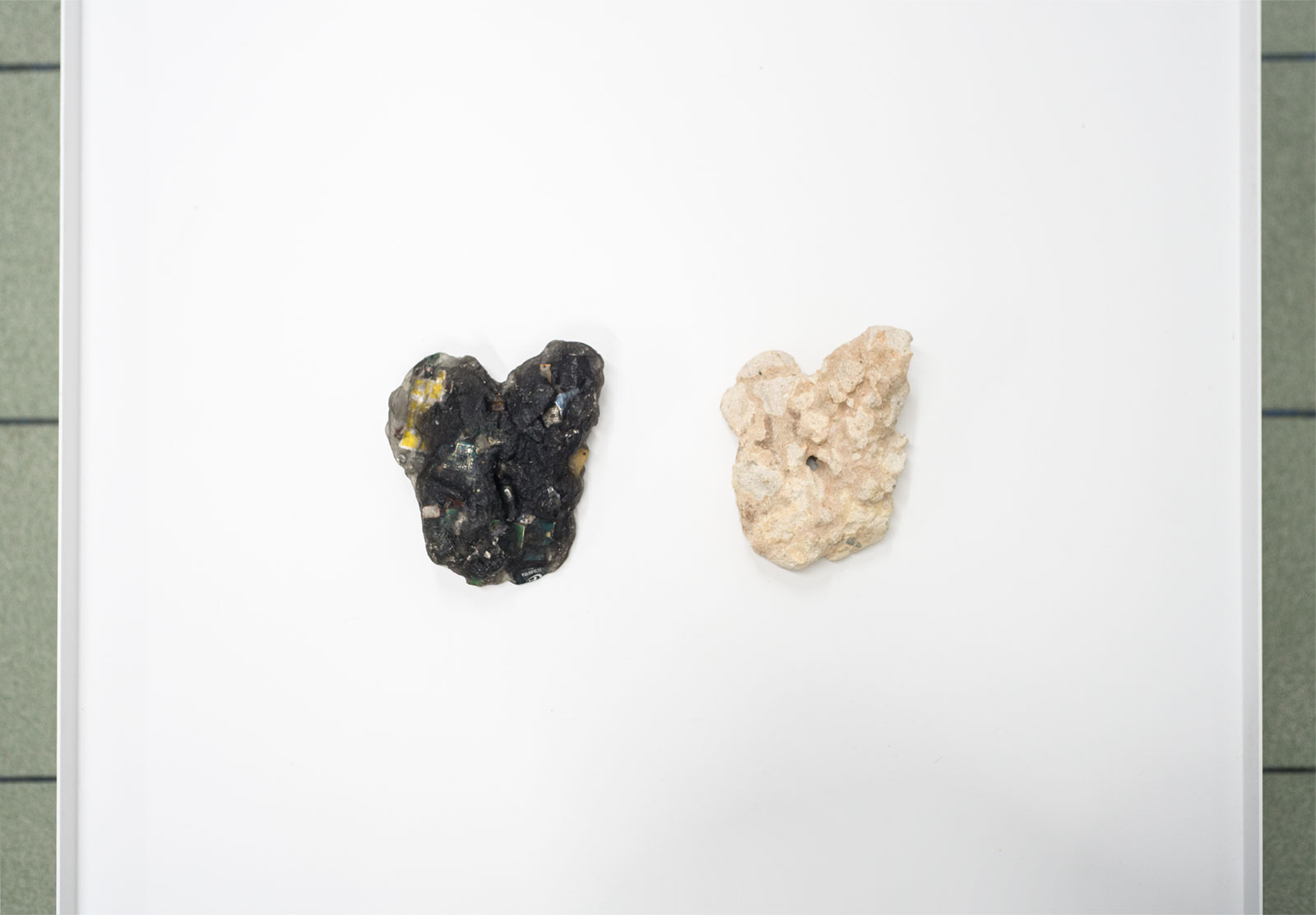 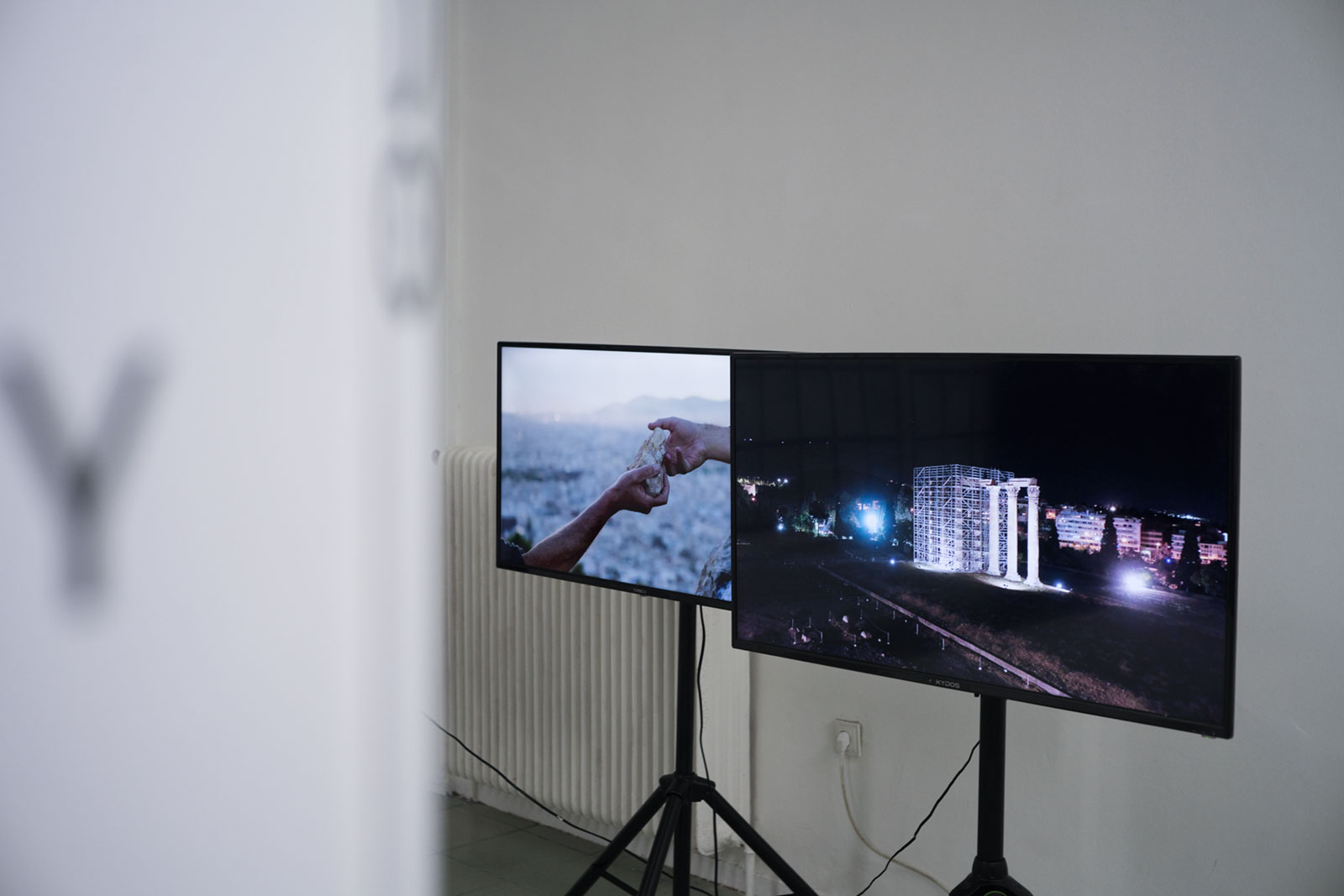 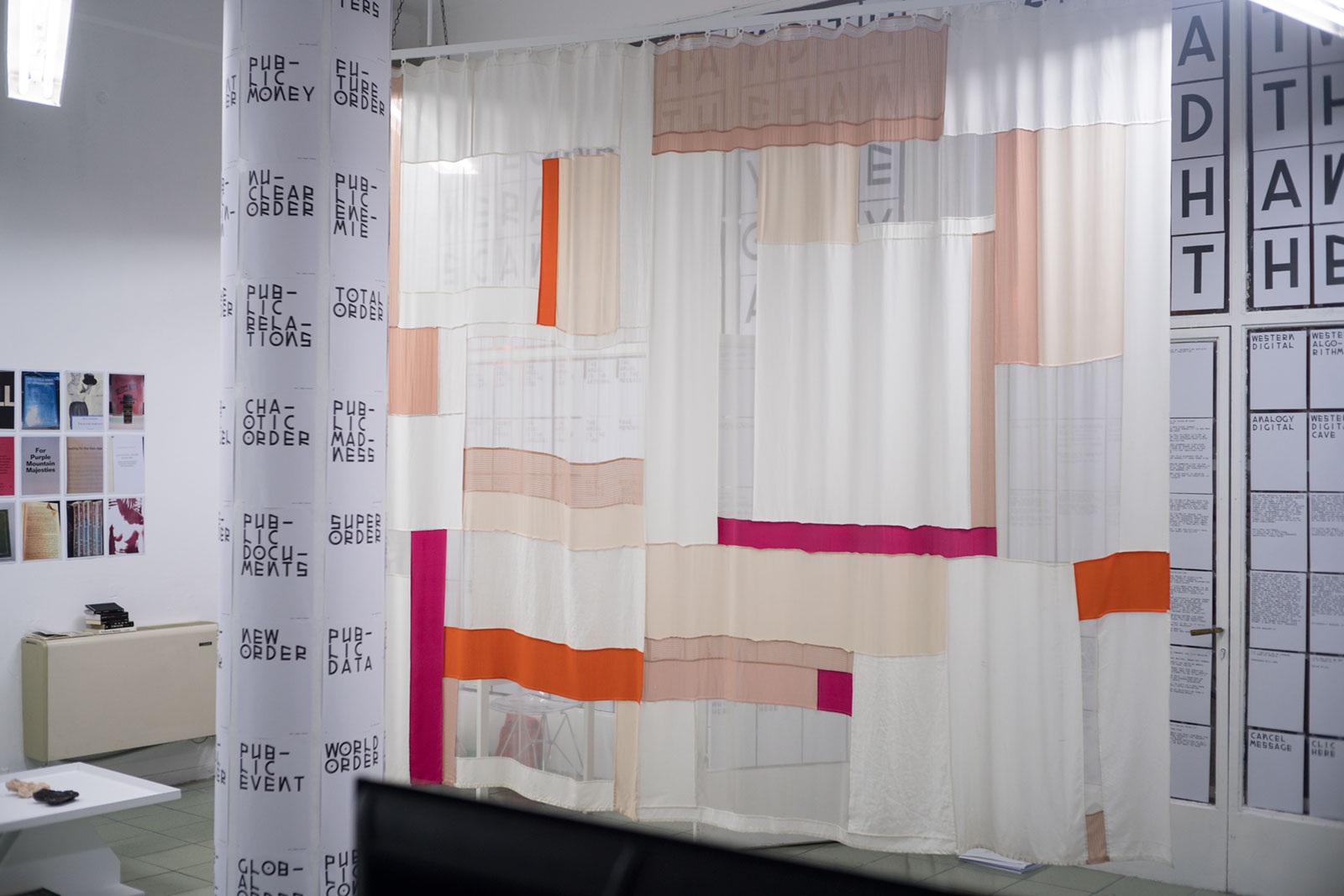 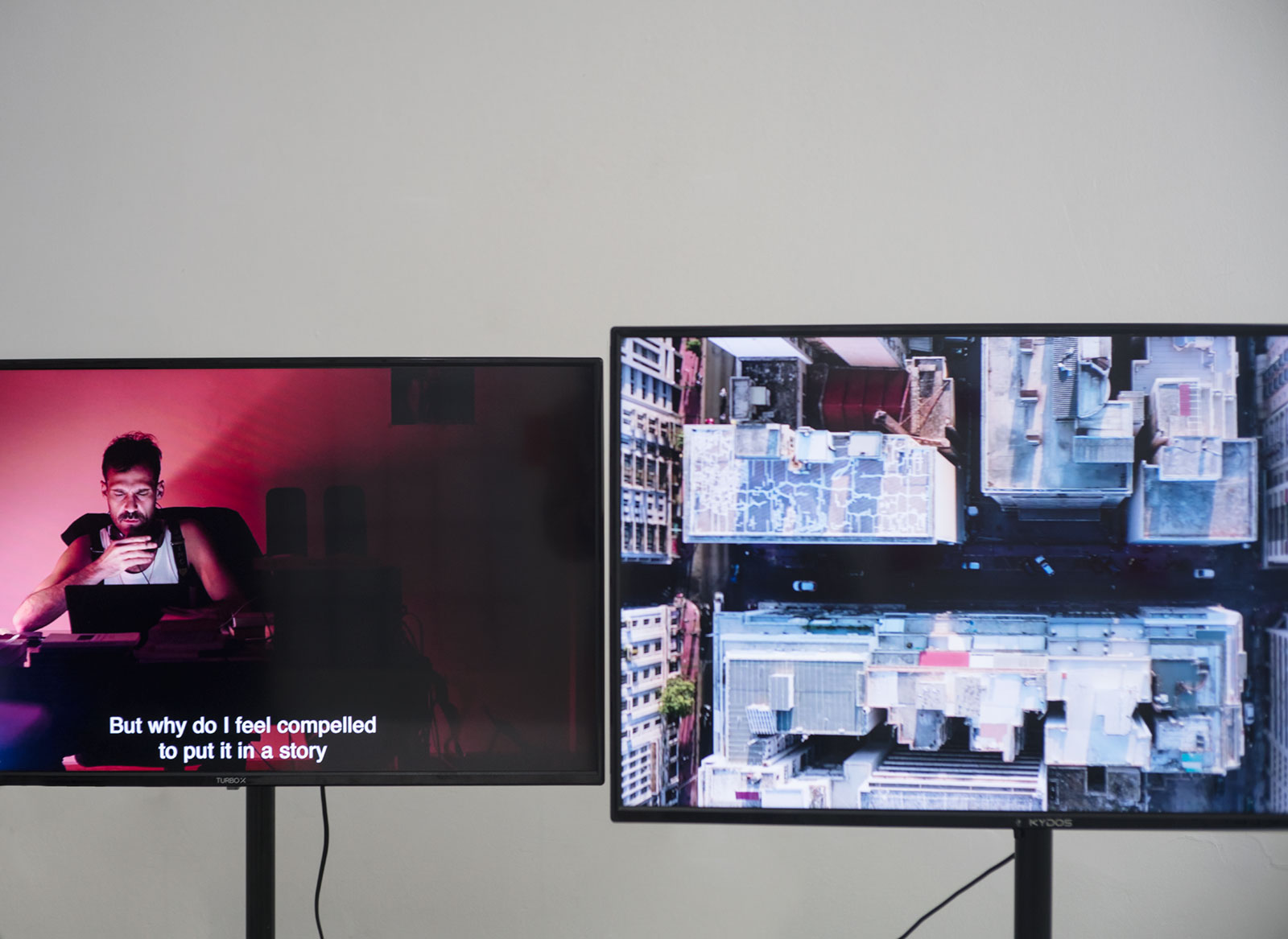 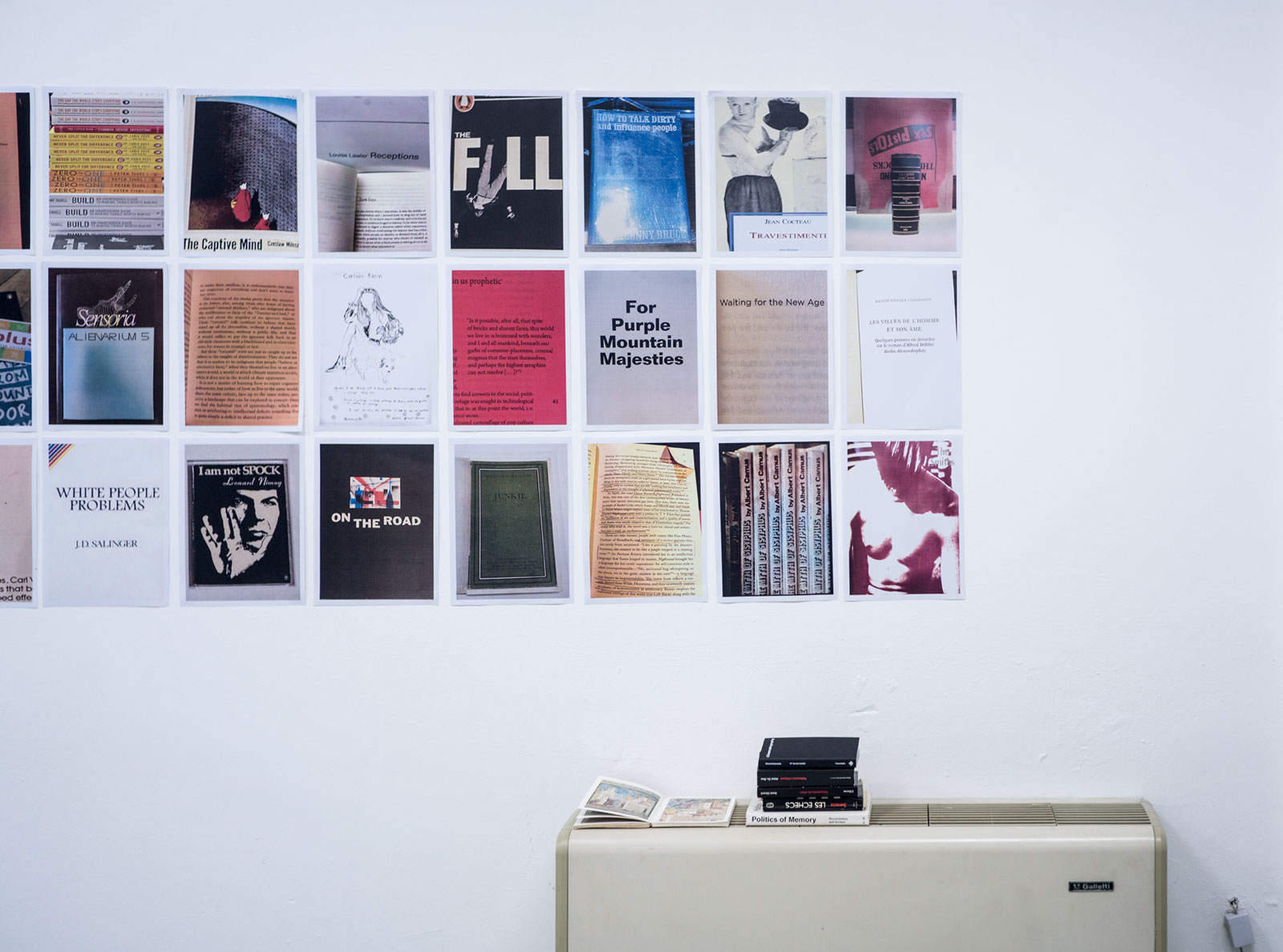 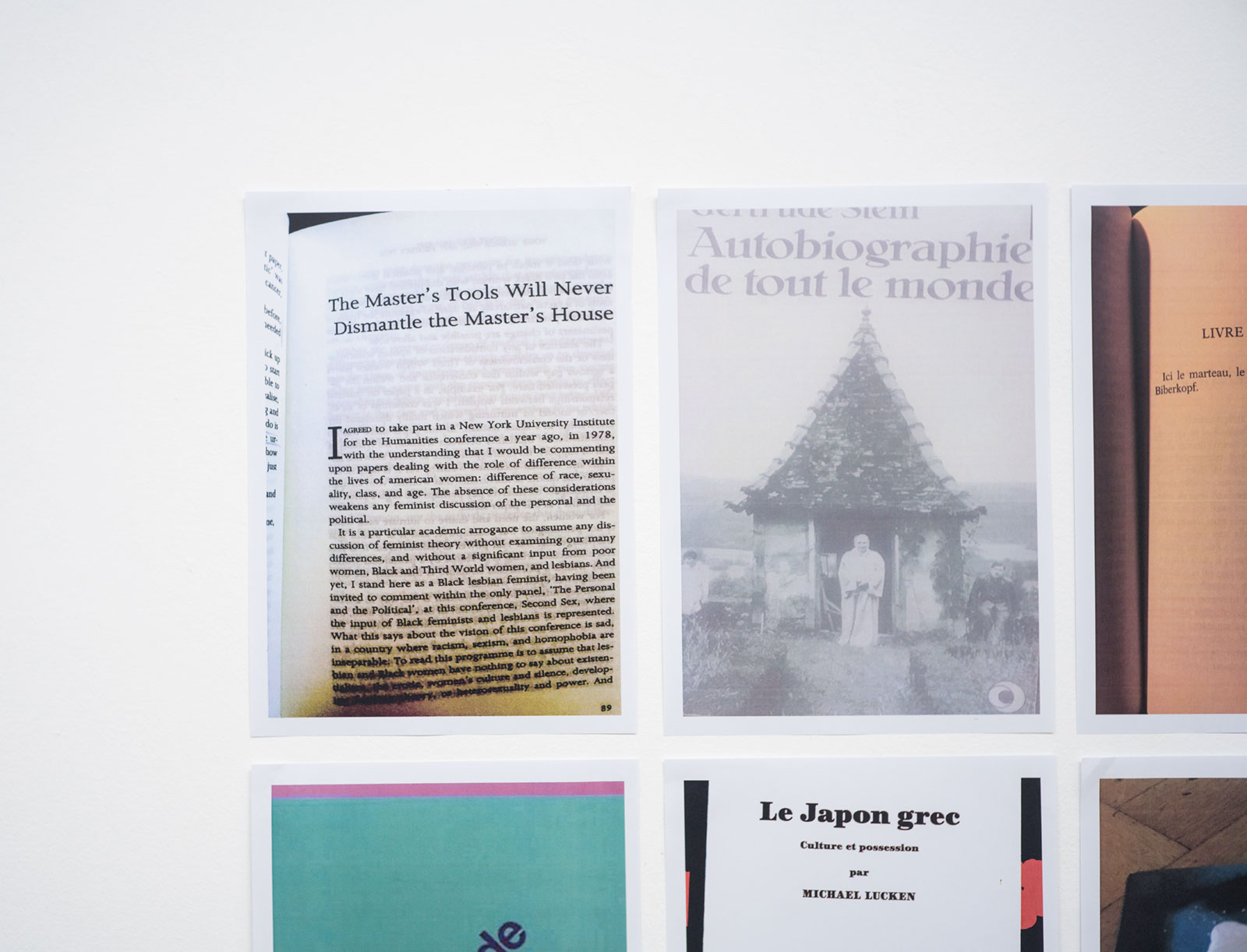 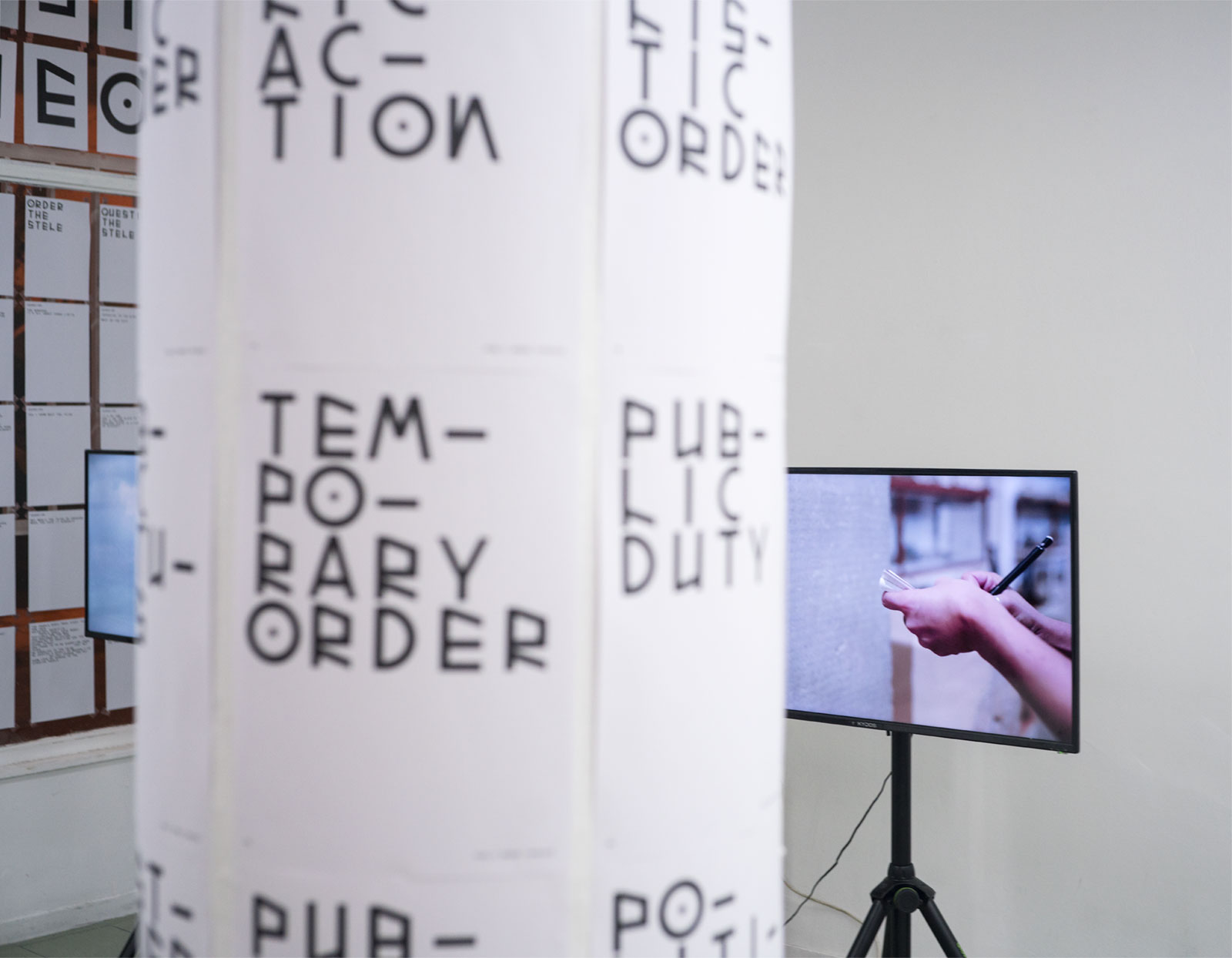 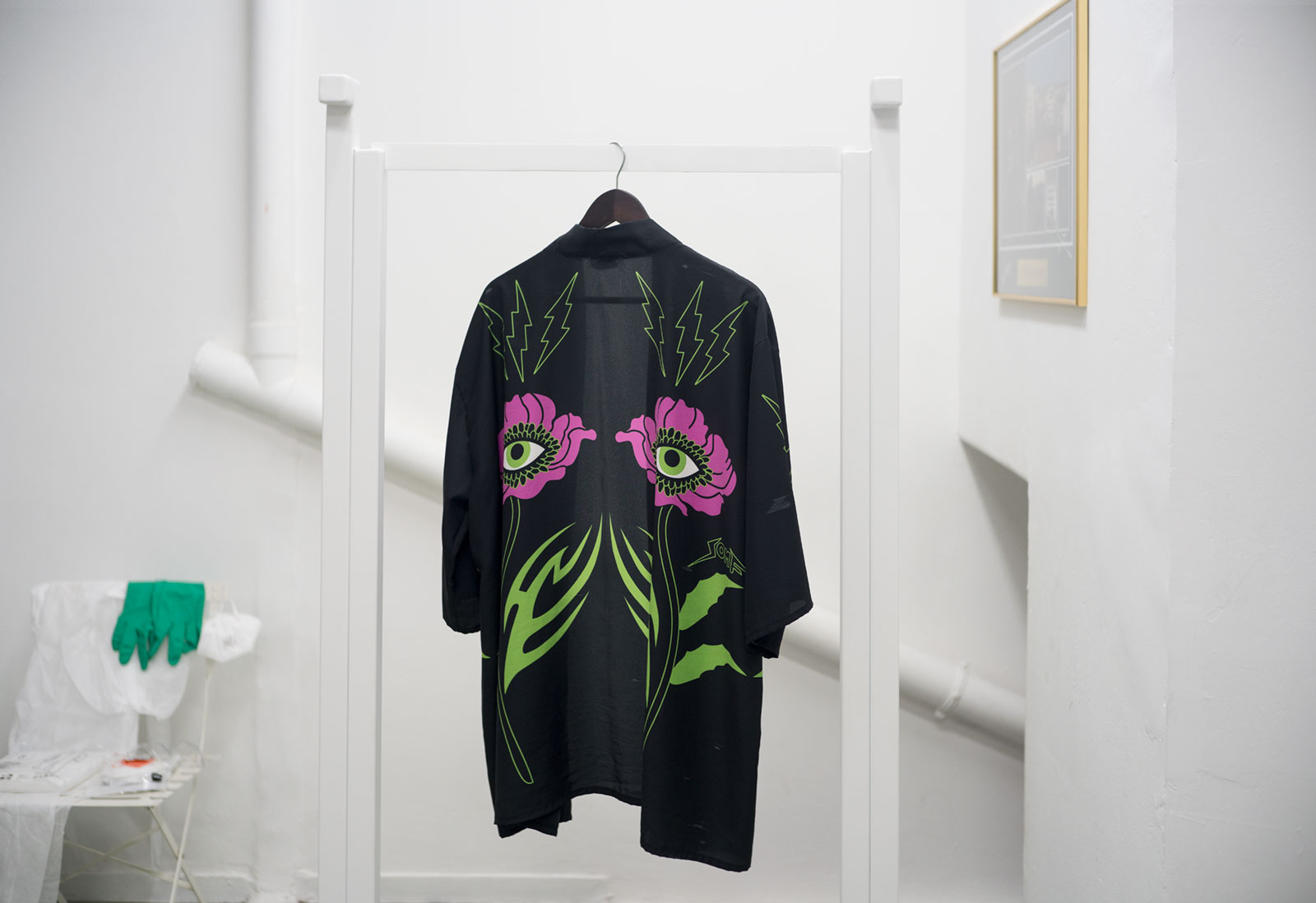 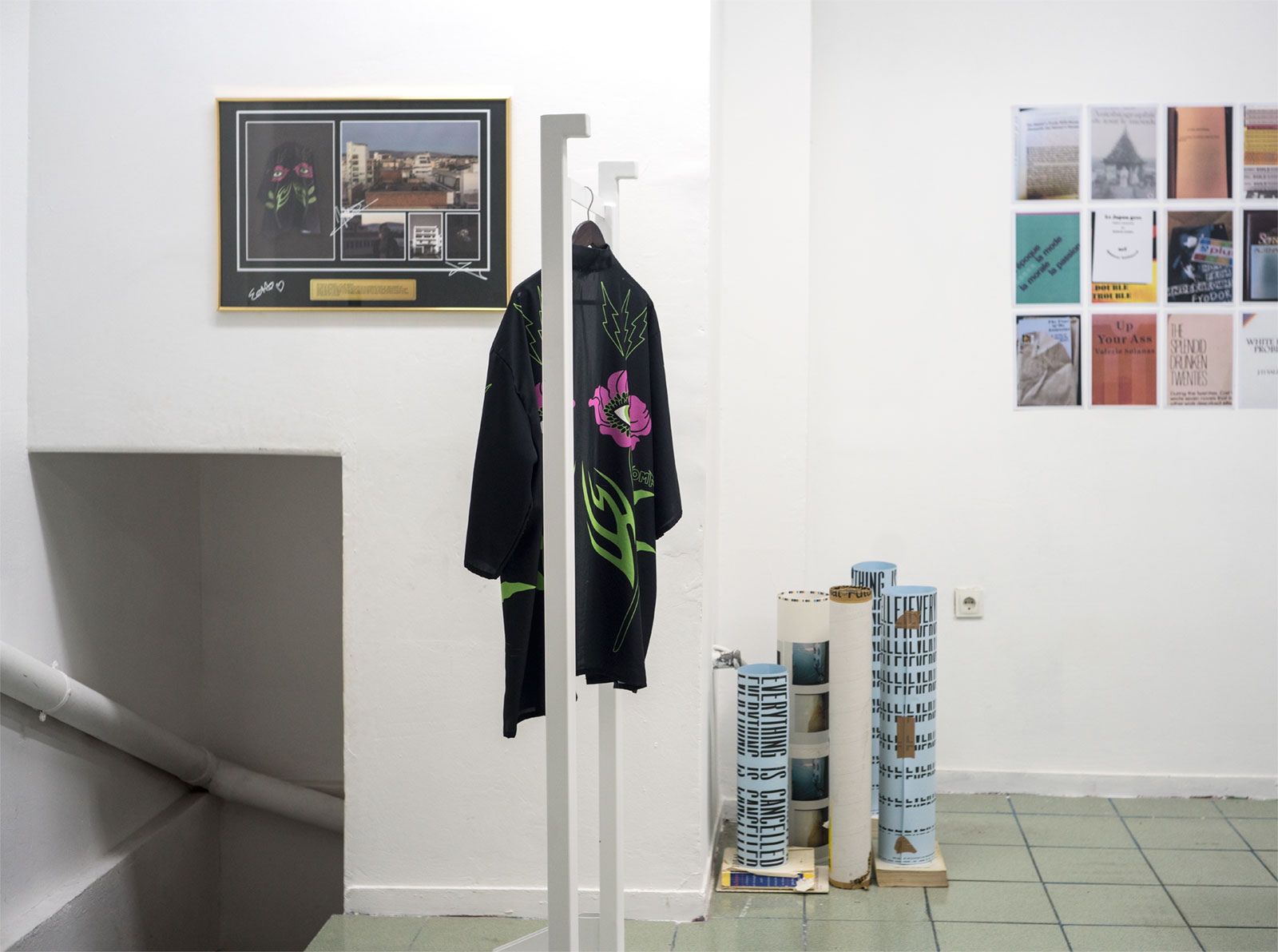 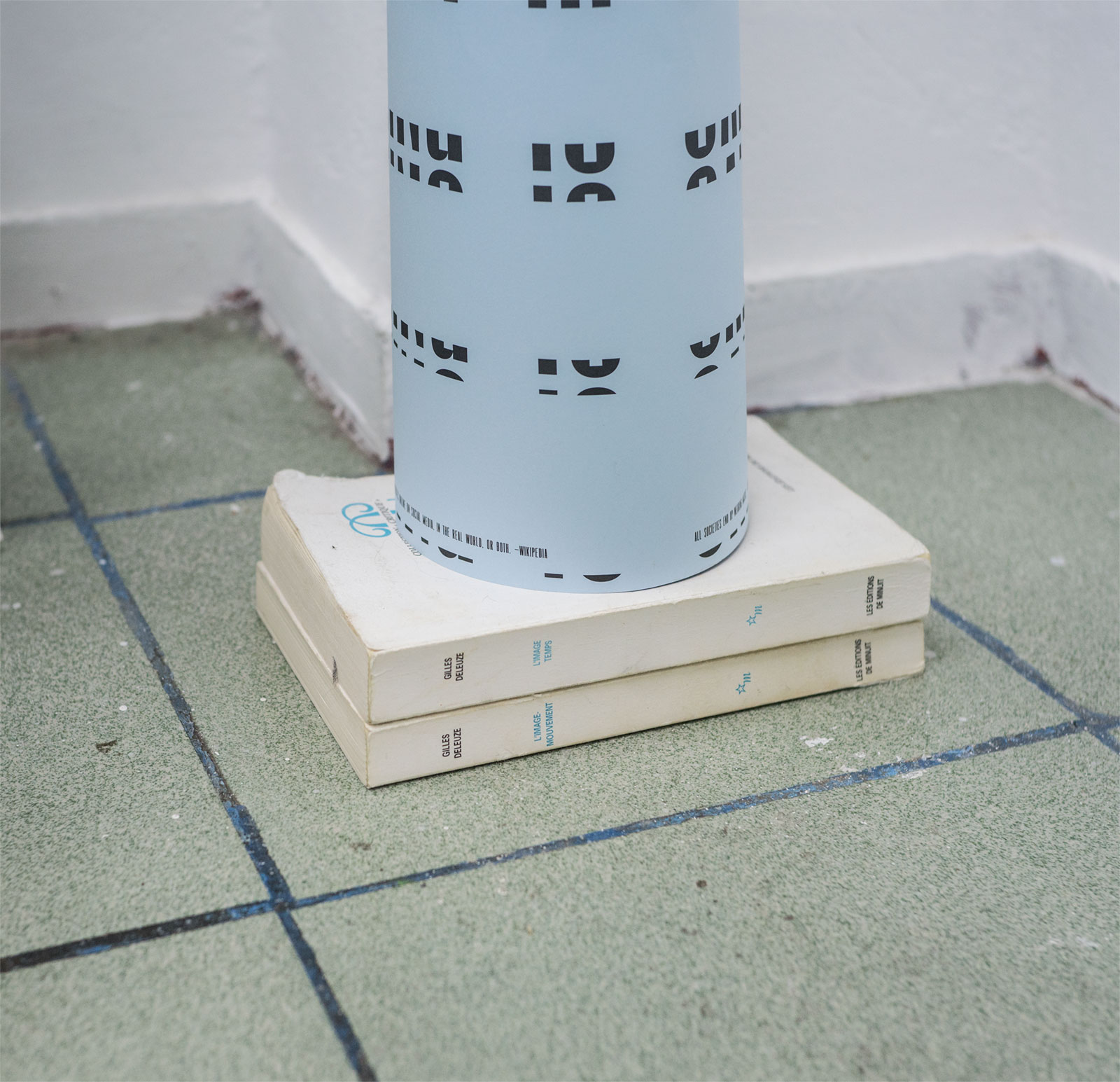 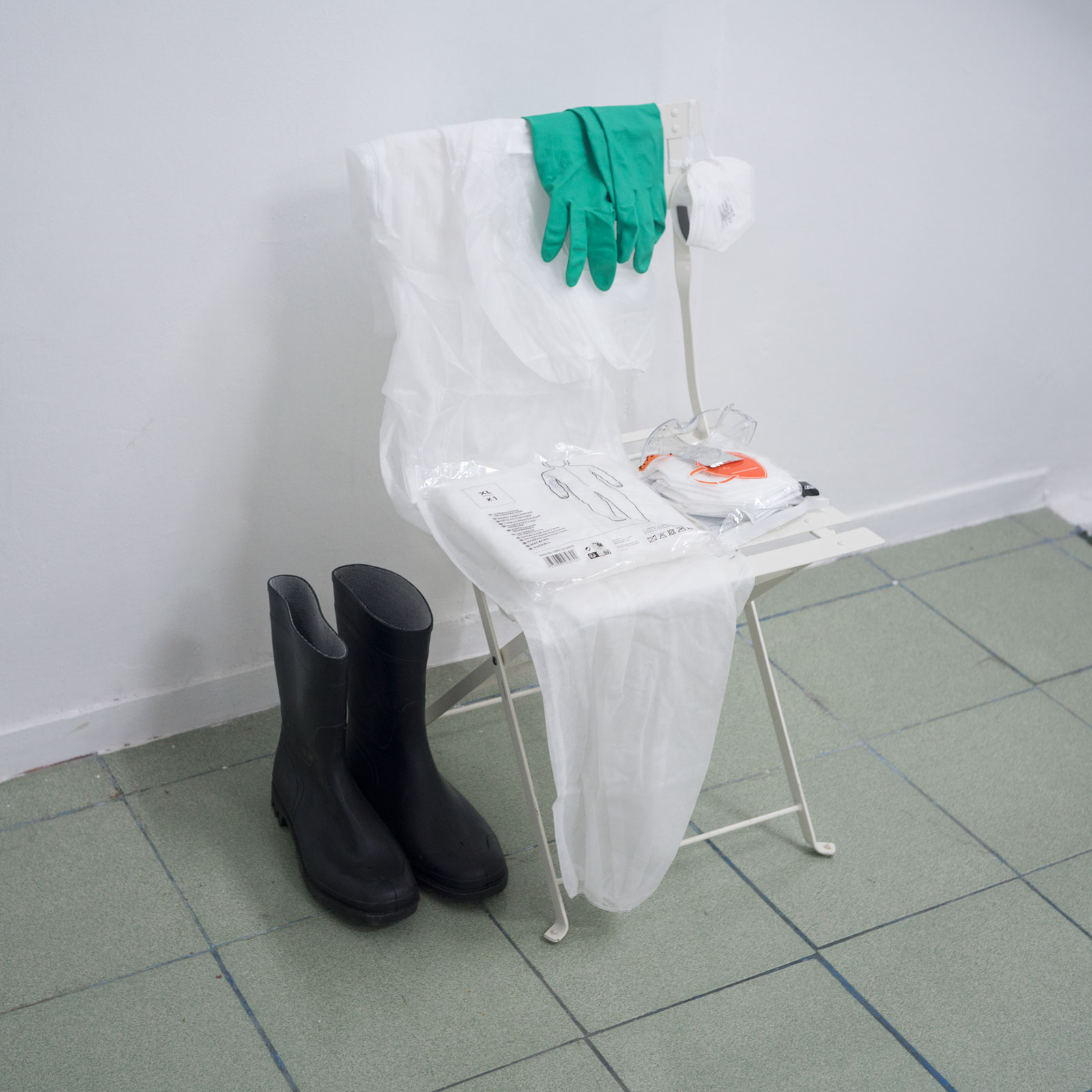 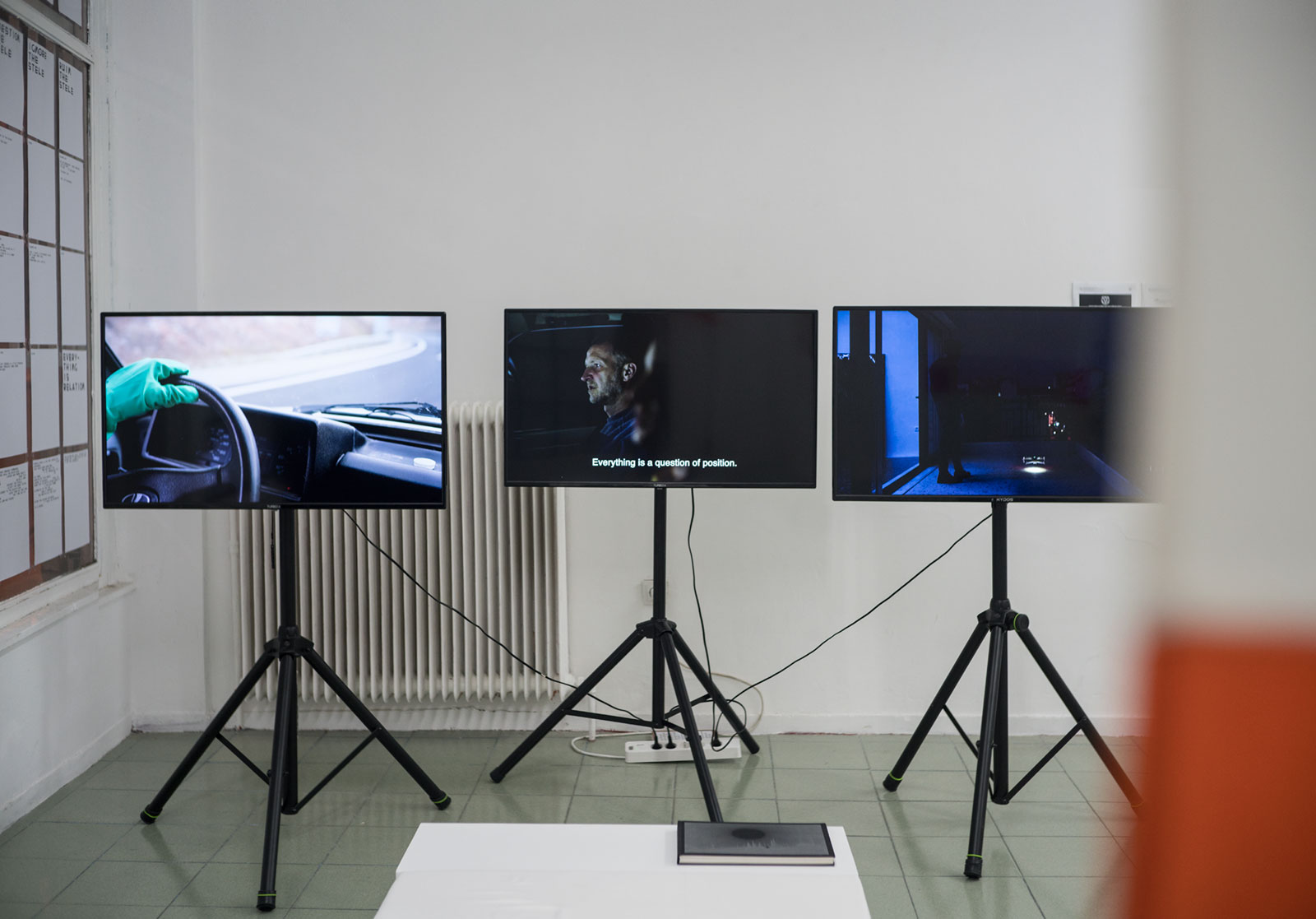 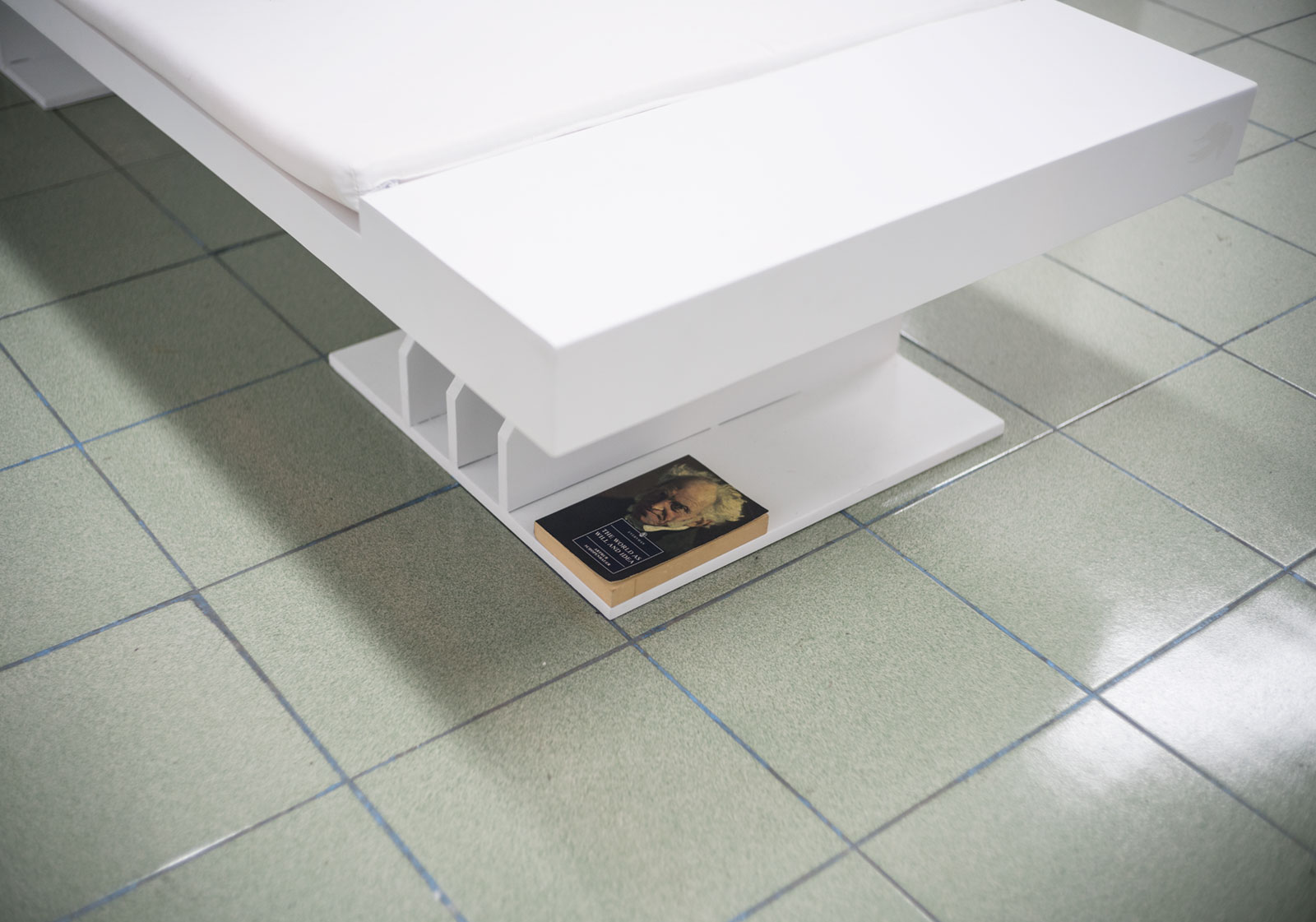 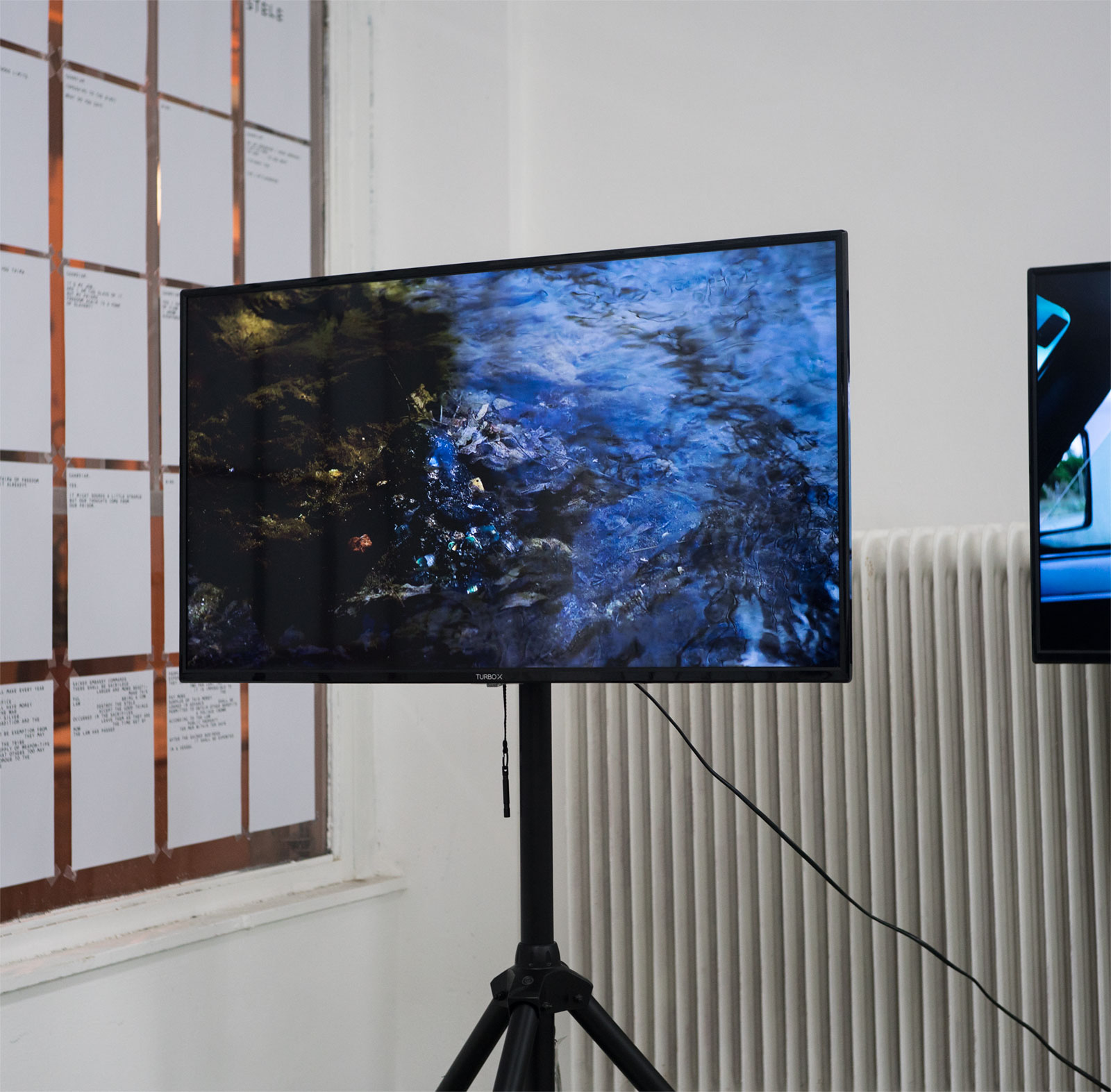 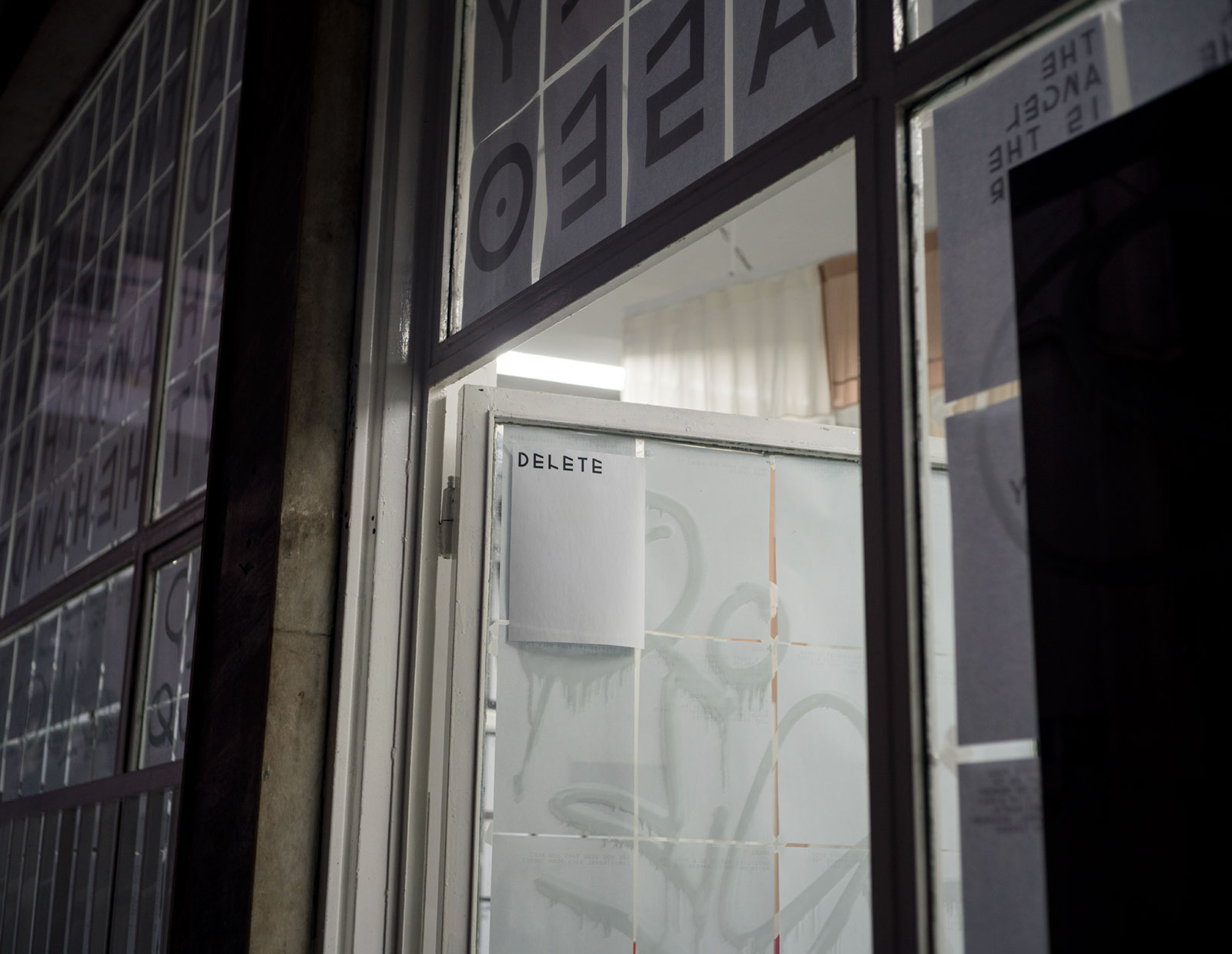 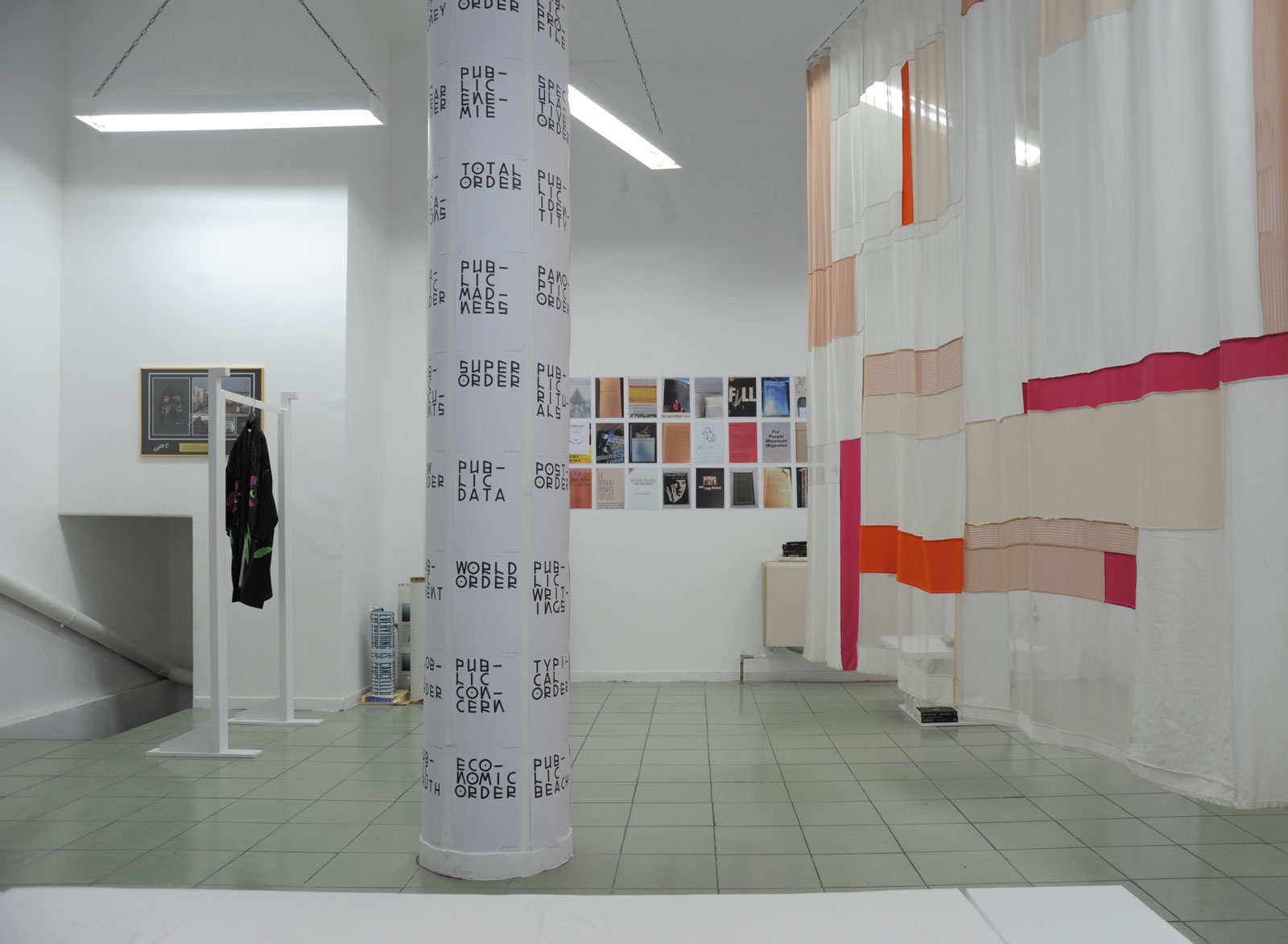 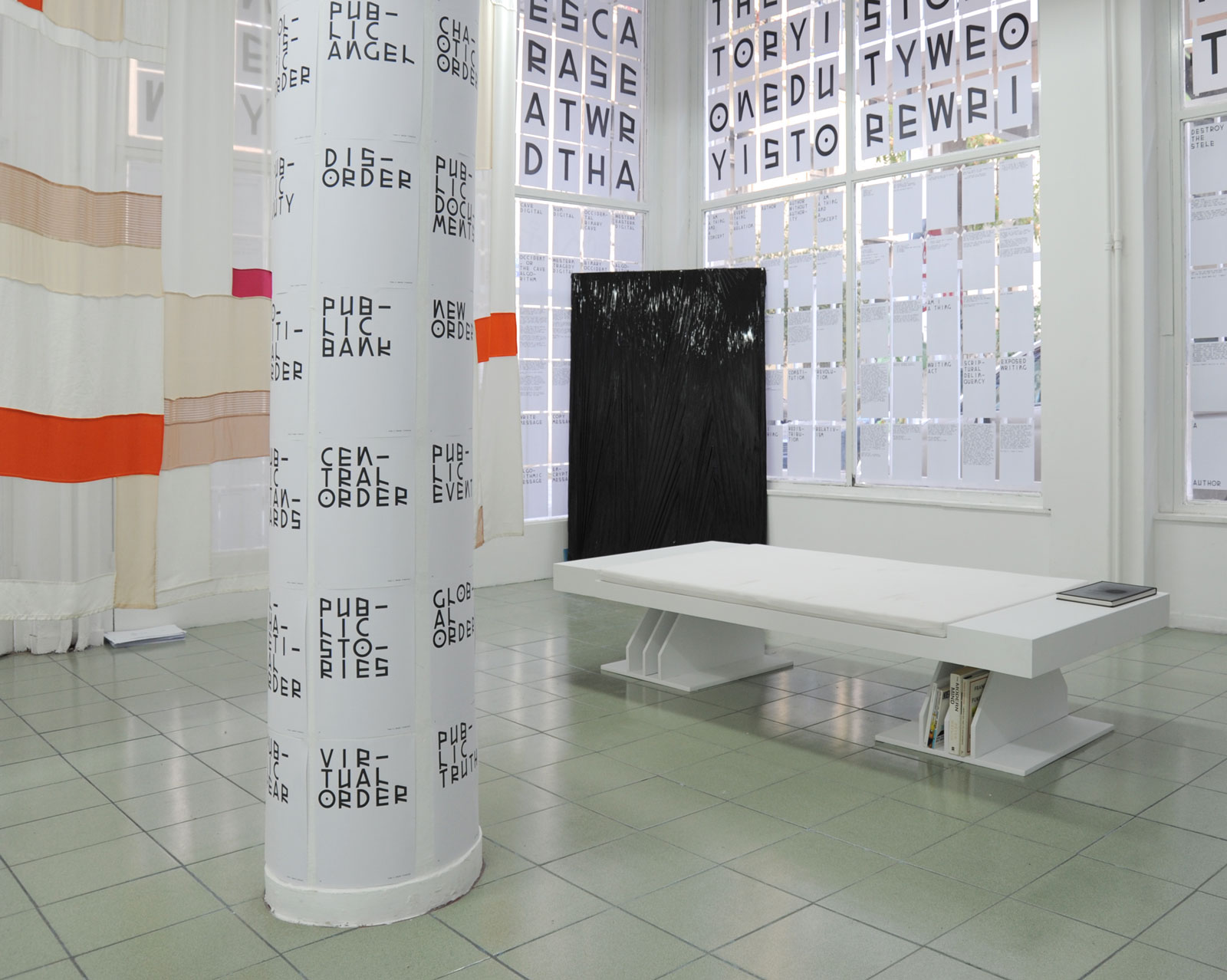 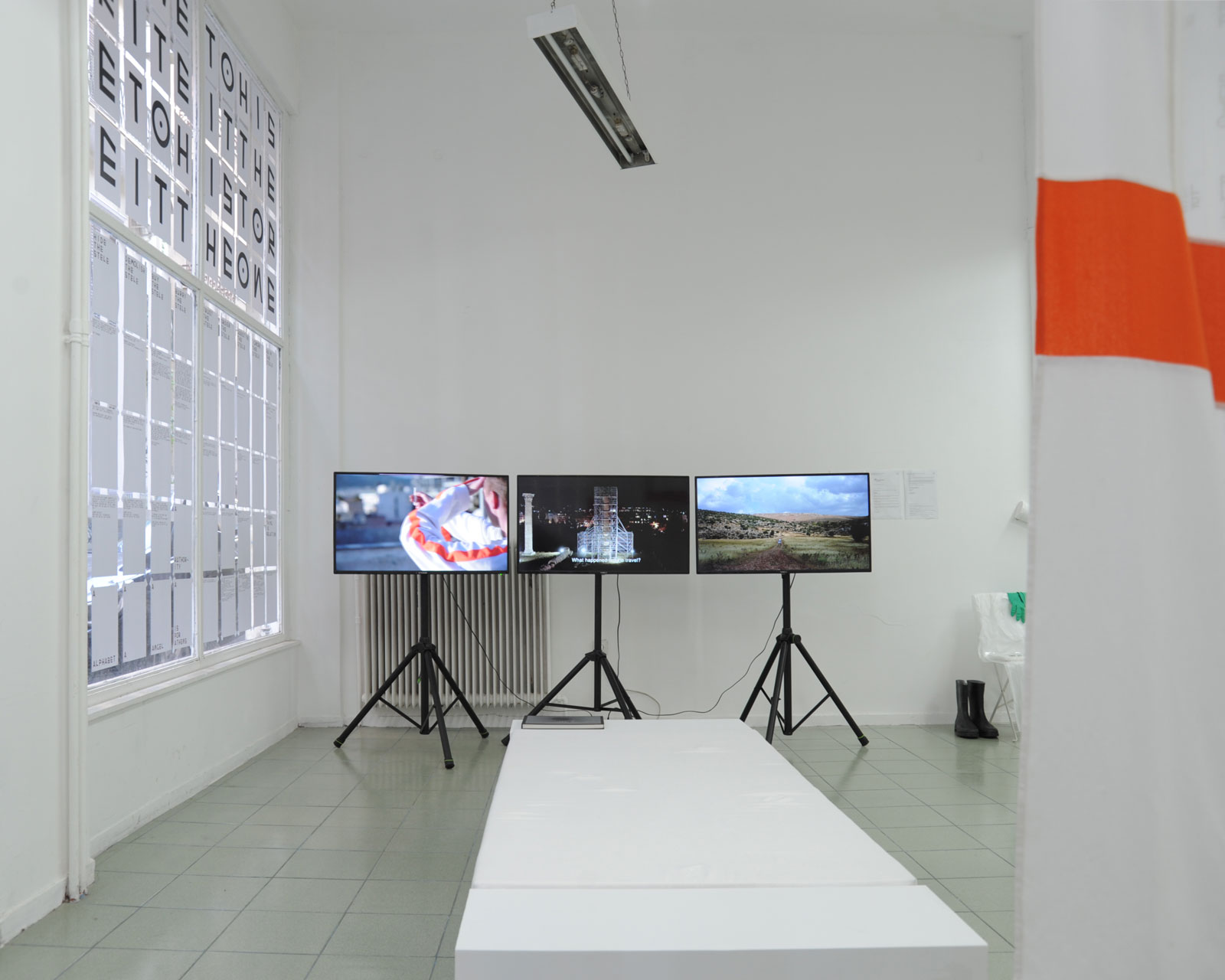 On the closing date 21.10.2020 the composer and sound artist Ioannis Savvaidis, who was involved in the creation of the film soundtrack, will do a live performance among the ancient stones in the courtyard of the Epigraphic museum. The live performance will be a 30 to 40 min improvisation on themes from the film and will be accompanied by a choreography of Florent Frizet performed by Christina Reinhardt reenacting a scene from ‘Stone Age’. 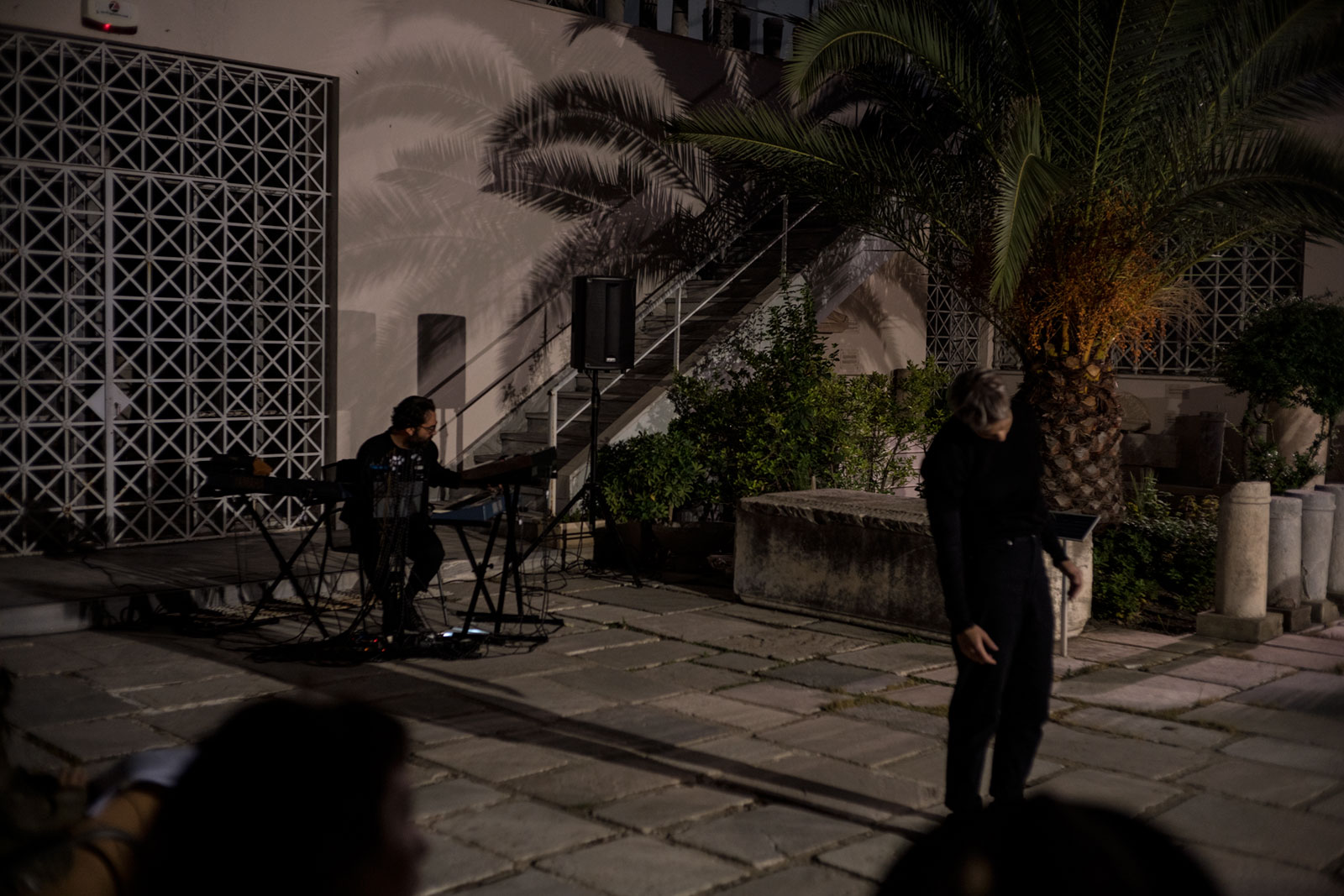 Hosted by Esto Association between 13.10.2022 — 21.10.2022 in co-production with Typical Organization and the Epigraphic Museum of Athens. 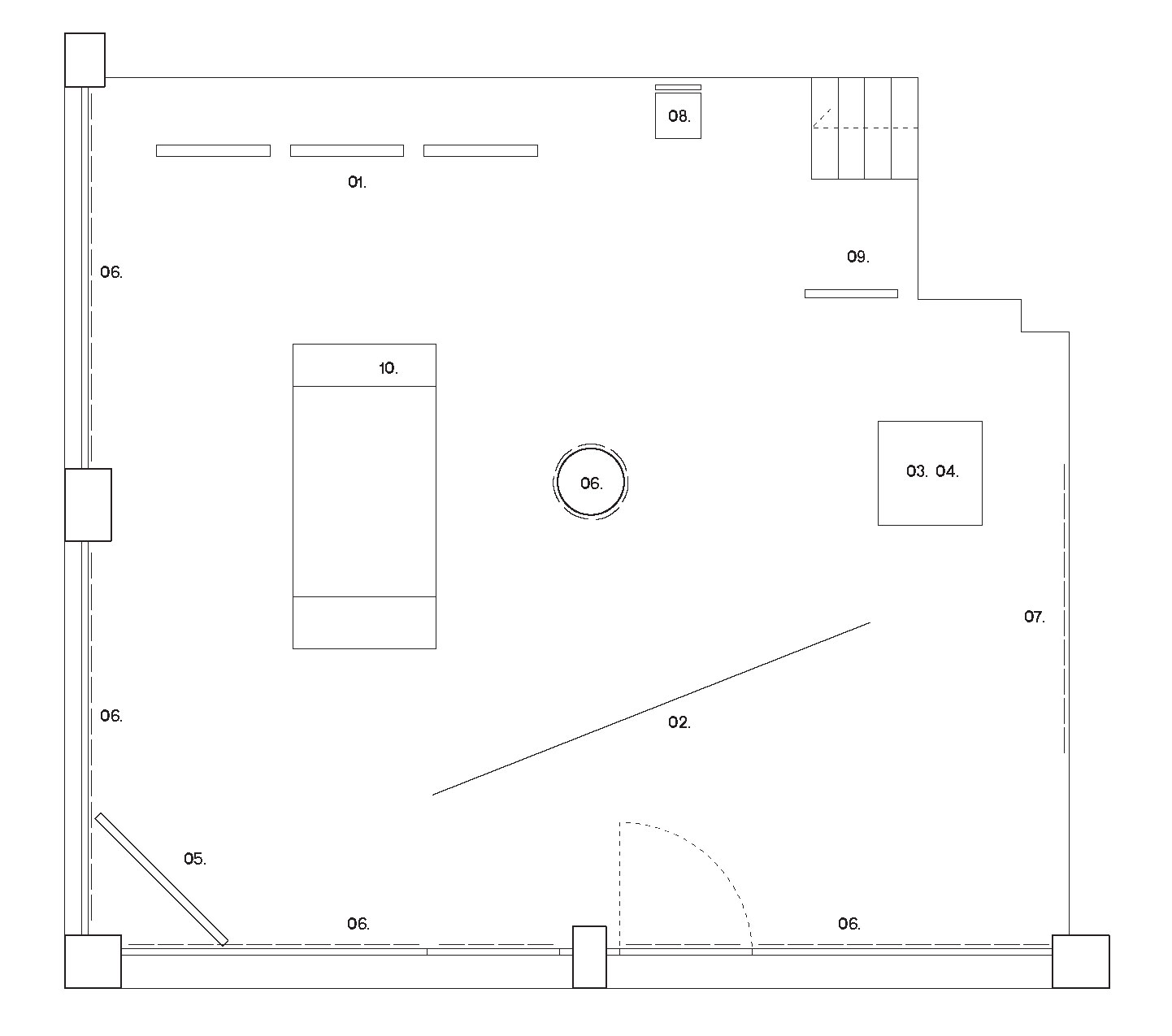 02. RESI BENDER
REVELATION CURTAIN, PATCHWORK CURTAIN, 2.8X3.5M, VISKOSE, LINEN, COTTON, POLYESTER AND COTTON, LINEN BLENDS.
Work on good prose has three steps: a musical stage when it is composed, an architectonic one when it is built, and a textile one when it is woven. — Walter Benjamin

03. NIKI DANAI CHANIA
MEMORYLITH / SCULPTURE, 12 X 17 CM, , ECO RESIN, PCBS, PARTS FROM DISCARDED MOBILE PHONES, USBS, RAMS AND MEMORY CARDS
Memorylith, is a post-human replica- a living technofossil, created for the movie ‘Stone Age’. The following exchanges took place between me and Joshua via e-mails on the nature of Memorylith, the concept of terrestrial future and the possible direction of the scene. Niki: ‘I imagine Memorylith as a living organism, a fictional, living part of a complex geological layer of technofossils. A hybrid of fragments of data, information and symbols, that comes to existence and perception of its own self. […] This new ecosystem will stay on the planet after us, as an agglomeration of memory devices, RAMS, PCB’s and chemical compounds, that will outlast humanity and ironically will be the only physical keepers of our collective existence . […] What if everything was connected? The parts of such a system would use memories in order to live, form relationships with each other and communicate with the system. The life cycle will continue through the fragmented projections of our moments, the latter functioning as human glitches in the time continuum. These very glitches could be the raw material of a post human mythology.’ Joshua: ‘To continue, the advancing tech-empire is the mythology of today. It’s our magic, it’s our myth and it pretends like all mythes to be our reality. Perhaps it did succeed to occupy all our minds. However we know it we can never rebuild nature and nature will be always more advance then artefacts, she Mother Nature gives us everything and takes it also back at one point. All forms of tech indeed do want to become clouds, transparent or invisible. Why? Perhaps to escape space and time? To become a non object? But somehow tech need always a form a interface and object to access it right, so ultimately I believe we will incorporate tech in existing forms. In our our body ultimately, but why not in other universal forms like rocks.‘

04. ULI M SCHUEPPEL
FOUND STONE, 12 x 17 cm
found : escaping end of 1. lockdown from Athina, May 29, 2020 on a wild&magic beach bay near Vlachia / Βλαχία 340 04 / Euboea Island, Greece / got told by the stone: that she witnessed the battles between the Titans, the Giants and the Greek Gods on Evia (s. Titaniomachies/Gigantomachies). / not confirmed. / I preferred all the other stories of the stone

05. FLORENT FRIZET
180X120 NOIR / PAINTING, 180X120 CM, WOOD AND BLACK WRAPPING PLASTIC
The form 180 x 120 is of an anthropomorphic scale, it exists as a standard frame size and it’s the largest shape to fit inside the elevator of the office building.

06. ELLA VILLAUMIE (WITH TYPICAL ORGANIZATION)
PUBLIC ORDER / TYPEFACE & INSTALLATION, 777 XA4 B/W PRINTS
Public Order is a typographic experiment taking as point of departure historical Greek inscriptions, decrees and sacred laws engraved on stone dating from the 5th century BC, that where exhibited in public space. The proposal of this project is to examine and question the reminiscence of this forms of writing in Athens’s contemporary public space. The installation presented at Esto Galery aims to make the viewer think about notions such as «public space», «order» and «writtings», the column, covered in text, refers to ancient Greece society as well as the French «Colonne Morris» that used to be exhibited in the public space and served as support for advertizement and announcements.

07. TRISTAN BERA
COVER OF COVER / 30 PHOTOGRAPHS, A4, COLOR PRINT
[covers of covers] consists of a remix of thirty book covers, titles of chapters, pages of excerpts rephotographed, spliced and stretched into a seamless and tidy composition, a sort of library in two dimensions. Freed from their author, code source unknown, each element has gained autonomy and engaged in a dialogic process of hybridization. Is the whole bigger than its parts? or is it the other way round?

09. MATTHIEU PRAT
PREDICTION & DENIAL / INSTALLATION, A1 POSTER, SUSPENDED KIMONO
Exposing the kimono and other paraphernalia depicted on the framed print, signed by the actor, fashion design and filmmaker make a slightly ironic reference towards the fetich of cinema culture.

10. STÉPHANE CHARPENTIER & CELINE PEVRIER
THE ECLIPSE / BOOK 20X 29 CM / 160 PAGES / 88 IMAGES
Publication date: January 2022 by sun/sun edited by Céline Pévrier design by Typical Organization
The Eclipse offers a panorama of analog black and white photographs from Stéphane Charpentier, taken over a decade in Greece, a country reflecting a world plunged into economic, political, and human crises. Beyond documentary or an intimate essay, The Eclipse suggests layered readings. The book combines poetic images of suffering humanity with an iconography at once symbolic and oneiric, quasi-metaphysical. Interludes of mosaics of prints evoke the density of contemporary chaos, while the final sequences open onto natural, virgin and dazzling spaces, from where at last, springs light.