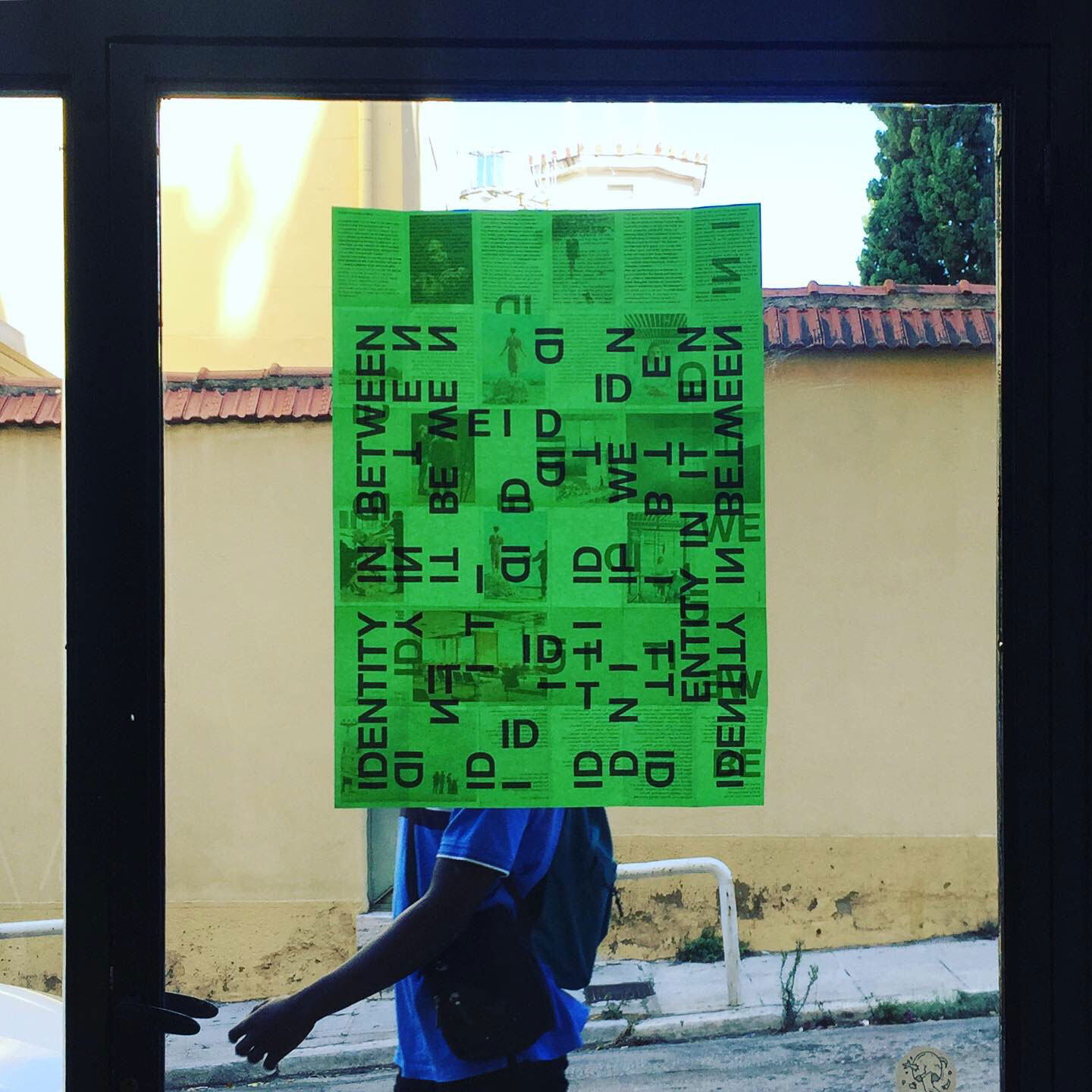 Now more than ever, we are living in an era composed of identities, admitting that there is not a single self and that identity does not concern something singular, impervious and stable, but rather a notion with multiple meanings, polyphonic and flowing, opening a broad field of conversation, reevaluation and new narration.

Attempting to delve into the multiple terms (social, cultural, psychological) on the basis of which identities are formed, the project IDENTITY IN BETWEEN is organized by RUNONART, inviting five women artists to create new performance projects and to share their artistic expression and ideas on the notion of the multiple prisms of one’s being.

Design wise we created a field of expression between two poles, the title and its negative, between which the multiples could construct and reconstruct it self. 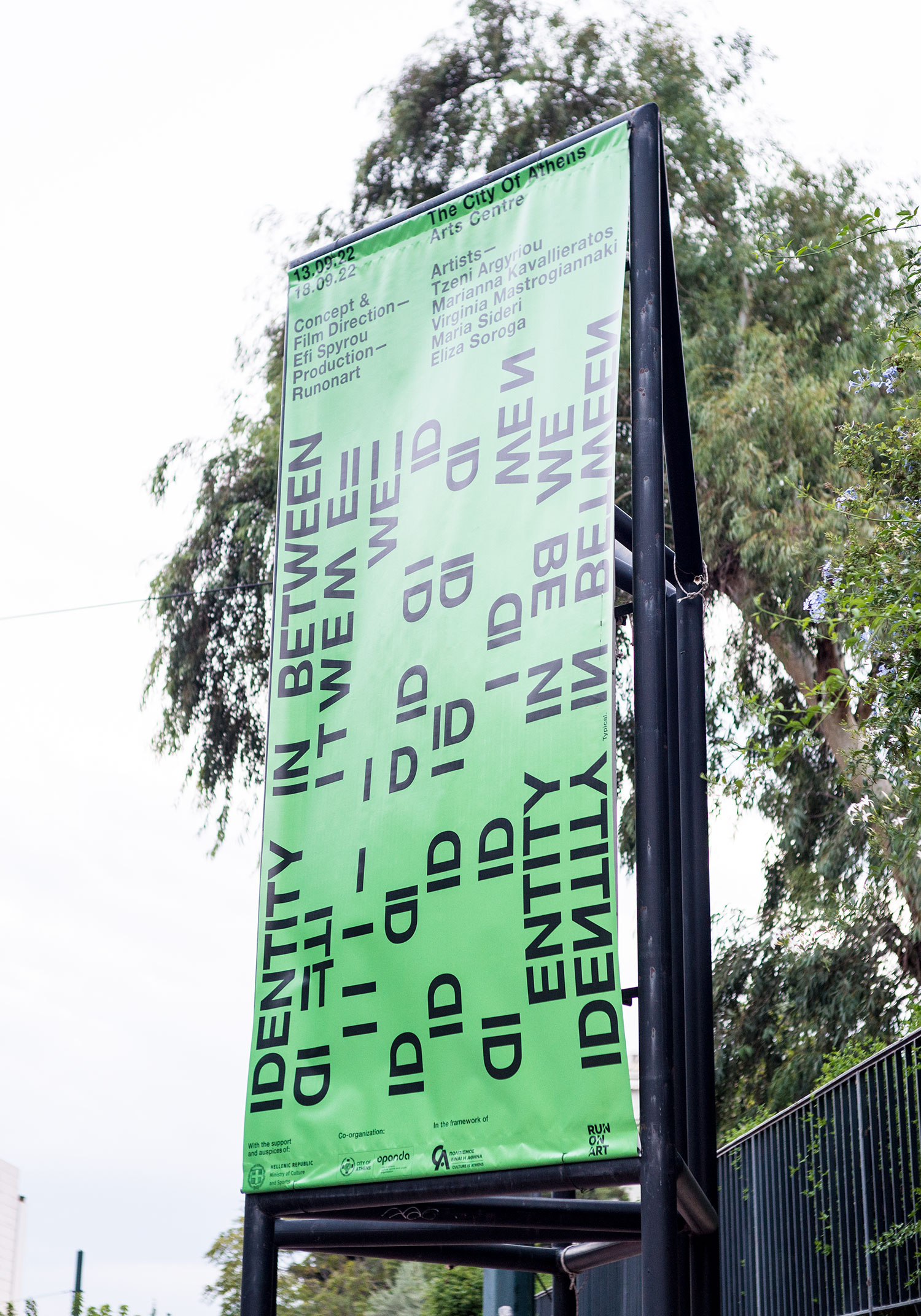 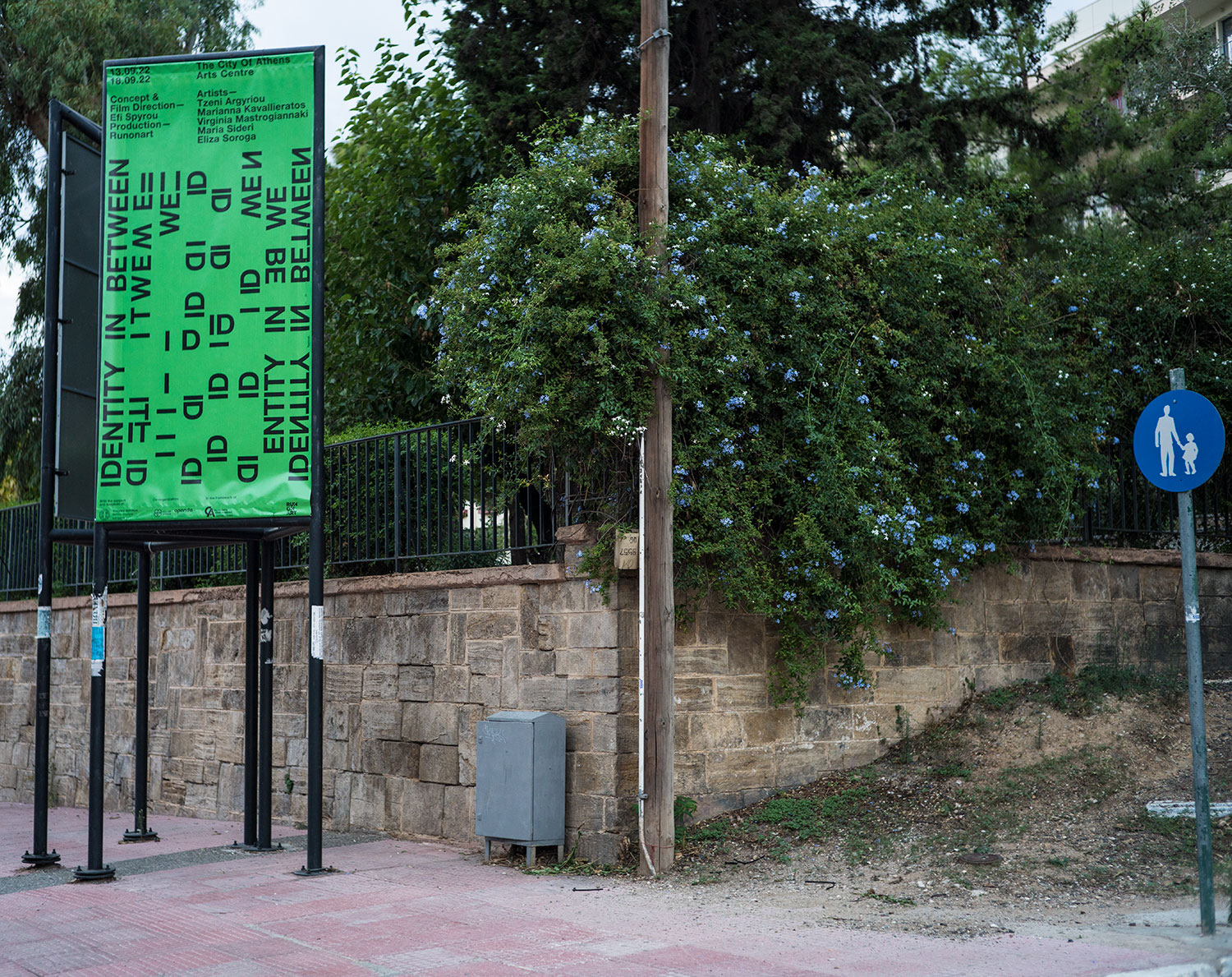 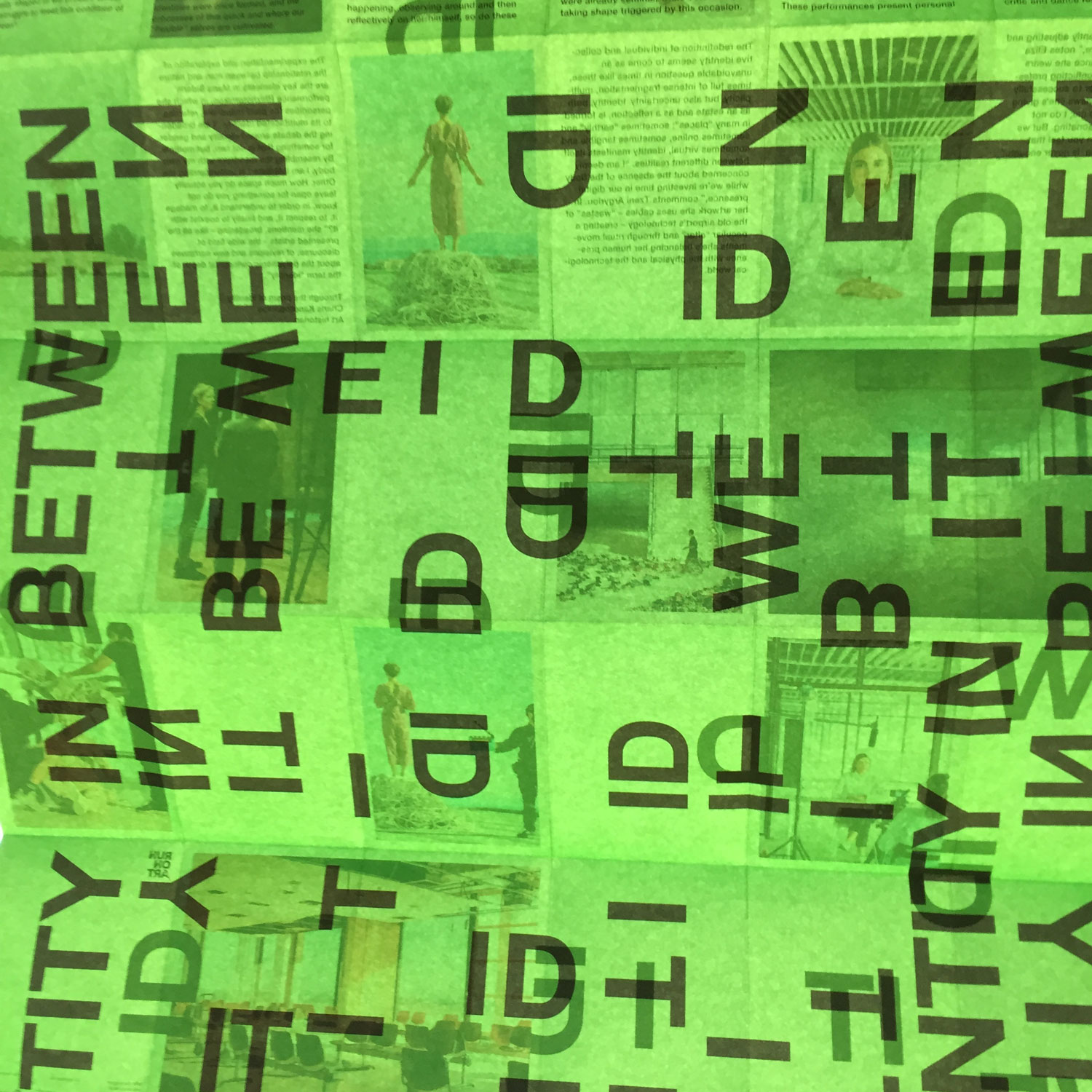 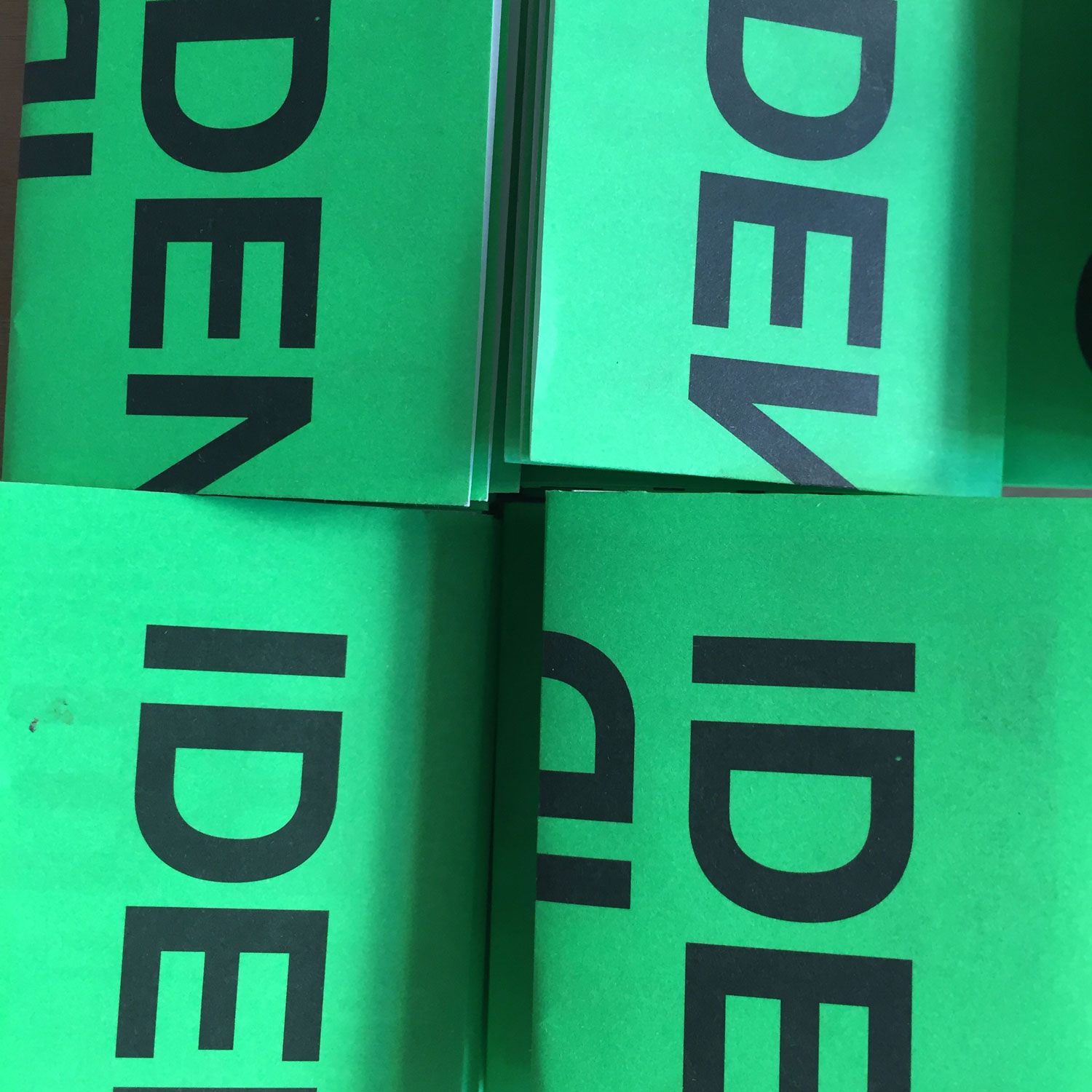 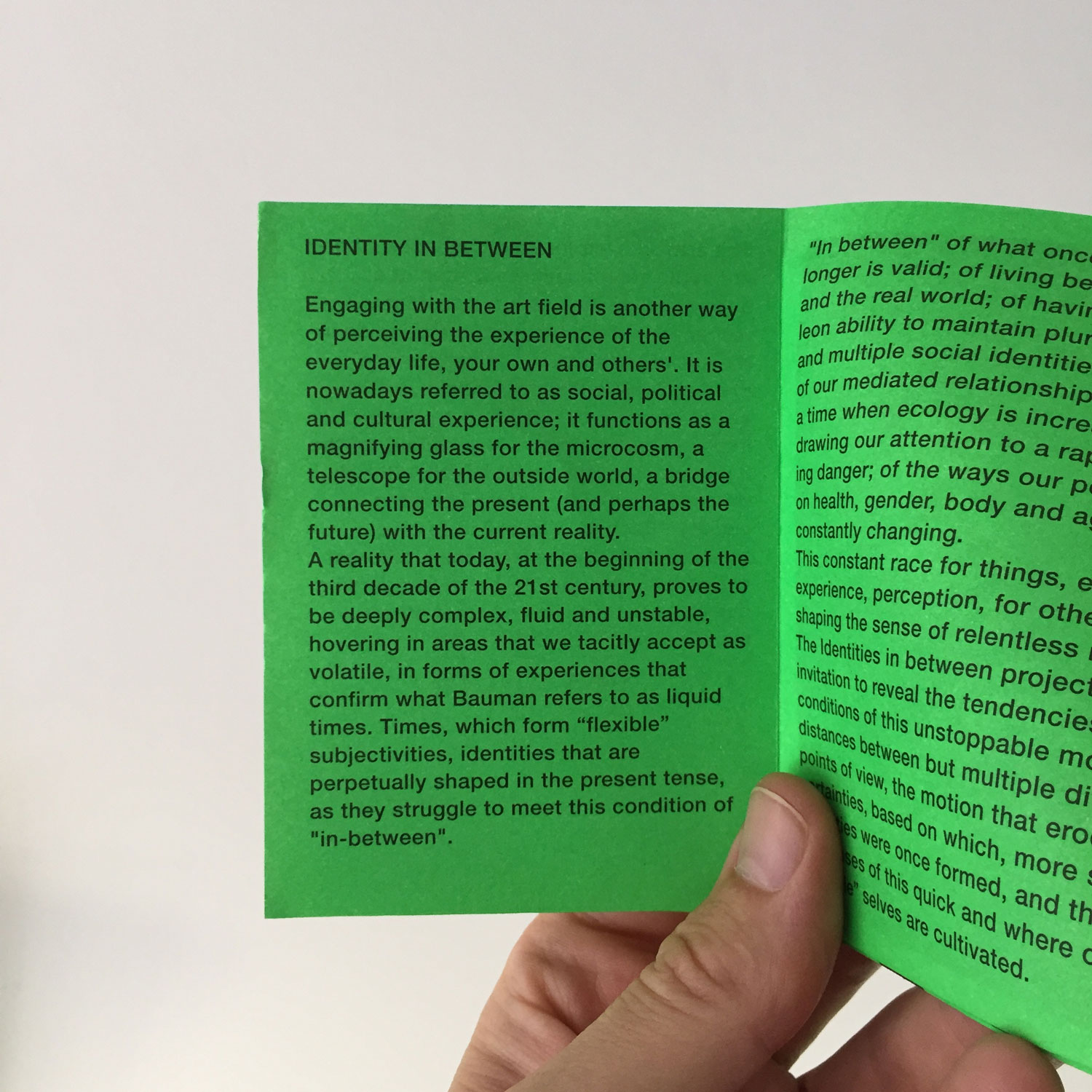 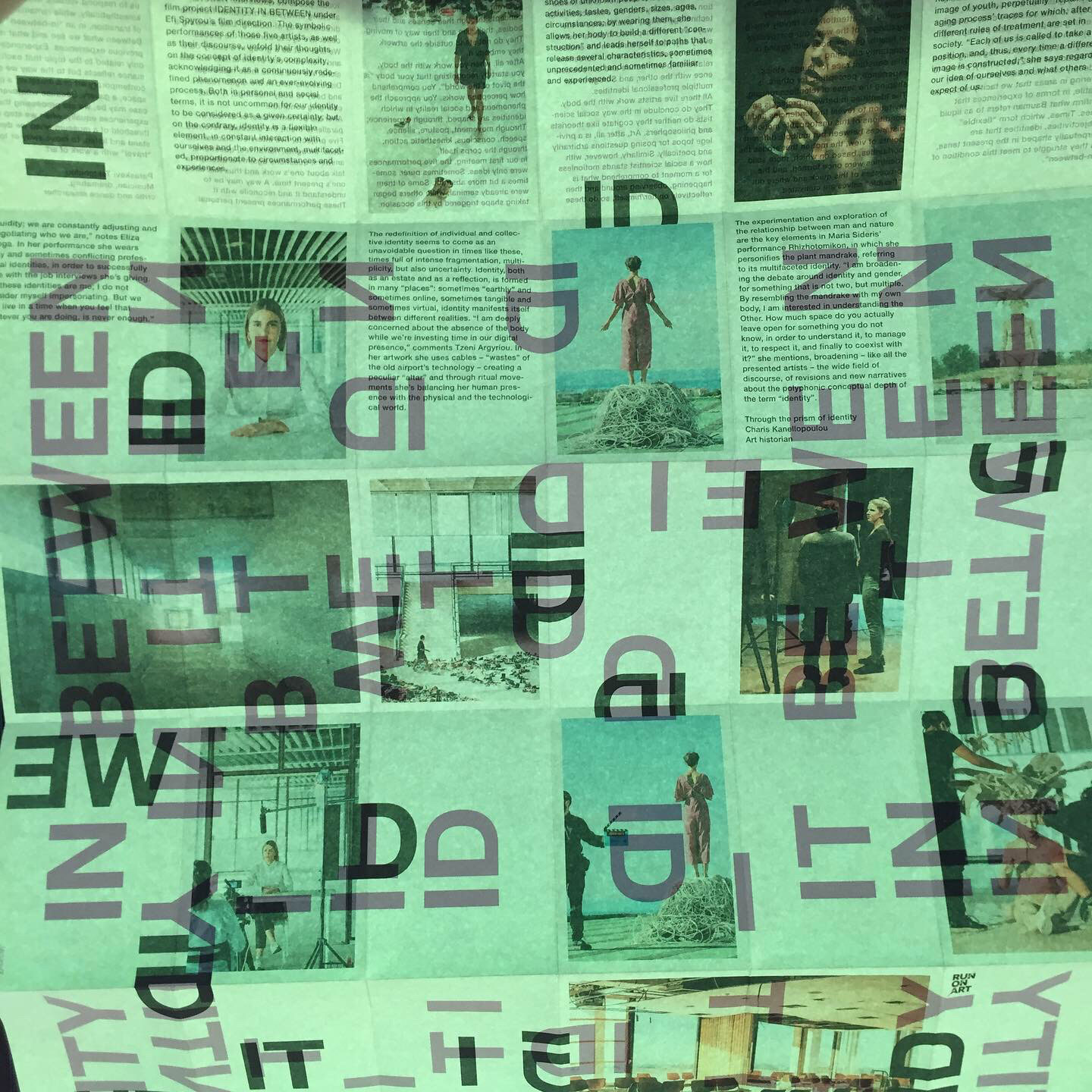