The School of Athens

“The School of Athens” is a by Xristina Argyros and Ryan Neiheiser curated exhibition representing Greece at the Biennale Architettura 2018 in Venice. Studying common, apparently free and un-programmed spaces throughout a selection of fifty-six architectural academic spaces, they aim to rethink the perception of the learning space within a time frame of 2500 years.

Since the thought was departing from the most typical embodiment of the classical spirit of the Renaissance “Scuola di Atene” painted by Raphael around 1500 we make within our design approach a reference to that same period of “rebirth”. Rethinking the classics was obviously accompanied with a spirit of reinvention not only in the arts or architecture but also in the space of printing, typography and medias of knowledge. Beginning in 1501, for instance Aldus Manutius of Venice began to print classical works in small octavo format, which were easily portable. These editions contained only the text of the works, without the commentary and notes, and became very popular with educated readers. As a result, Aldus became closely associated with the octavo format. In our approach we are reusing this early DIN format “octavo” as basic substance.

The by Argyros Neiheiser used grid, organizing the fifty-six 3d printed models within the Greek Pavilion, corresponded perfectly with the dimensions of the octavo and seemed confirming our work template. Consequently we designed a set of three typefaces on this grid, mapping three aspects of content: Data, Drawing and Image. With a quasi objective and anti-hierarchical attitude proper to the reinvention of Standards and Orders all the designed elements aspire to form an archive like space of reflection and study. 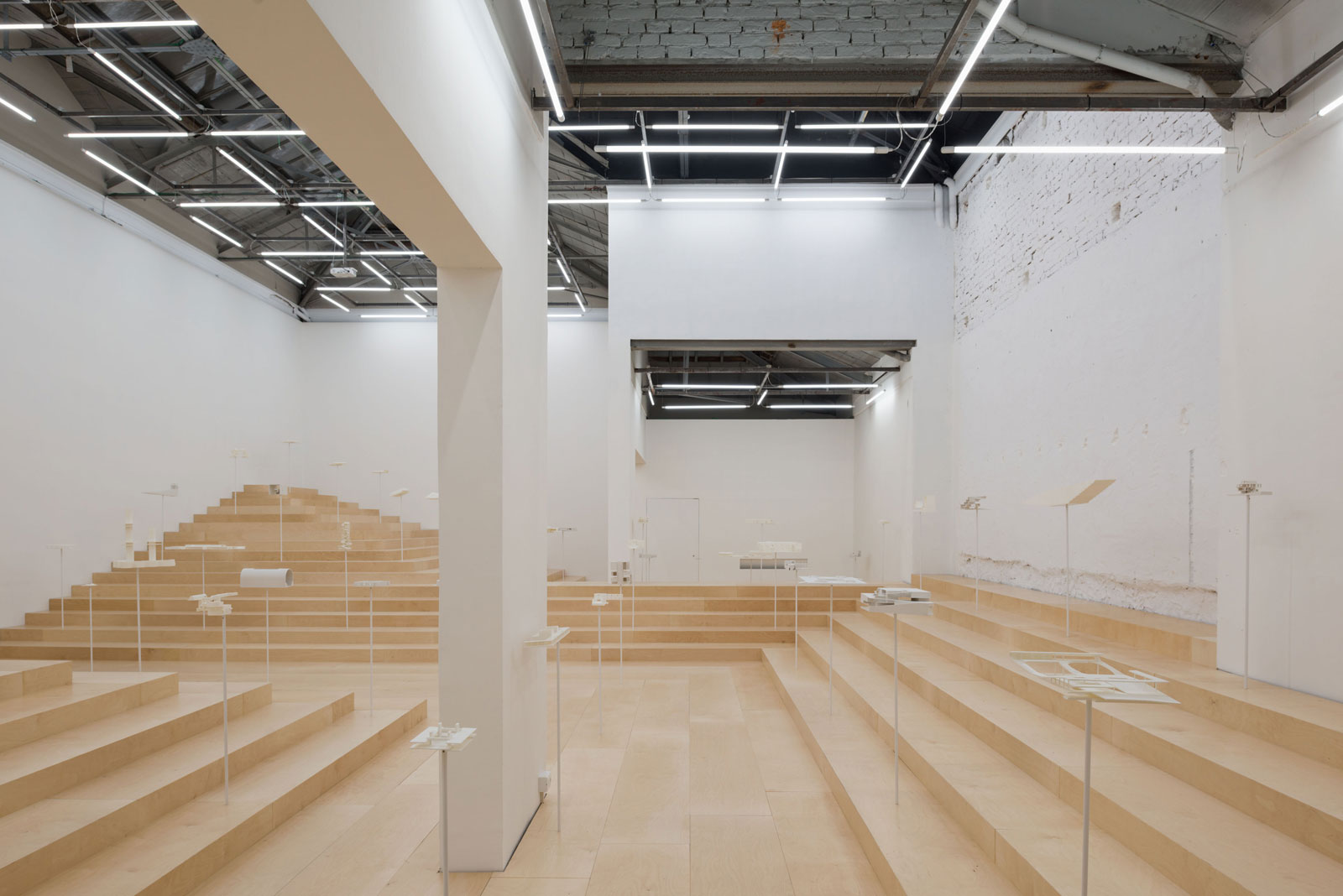 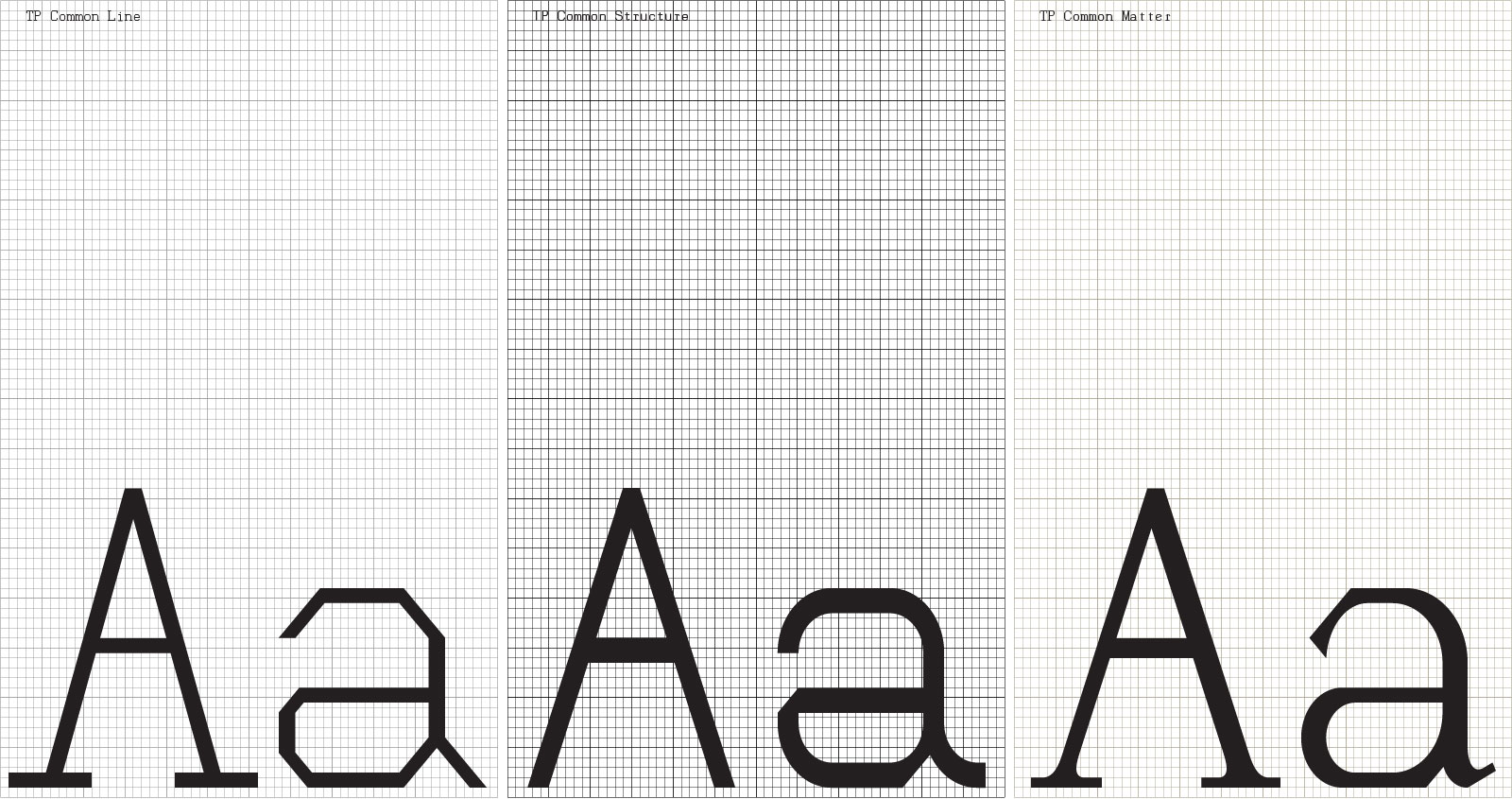 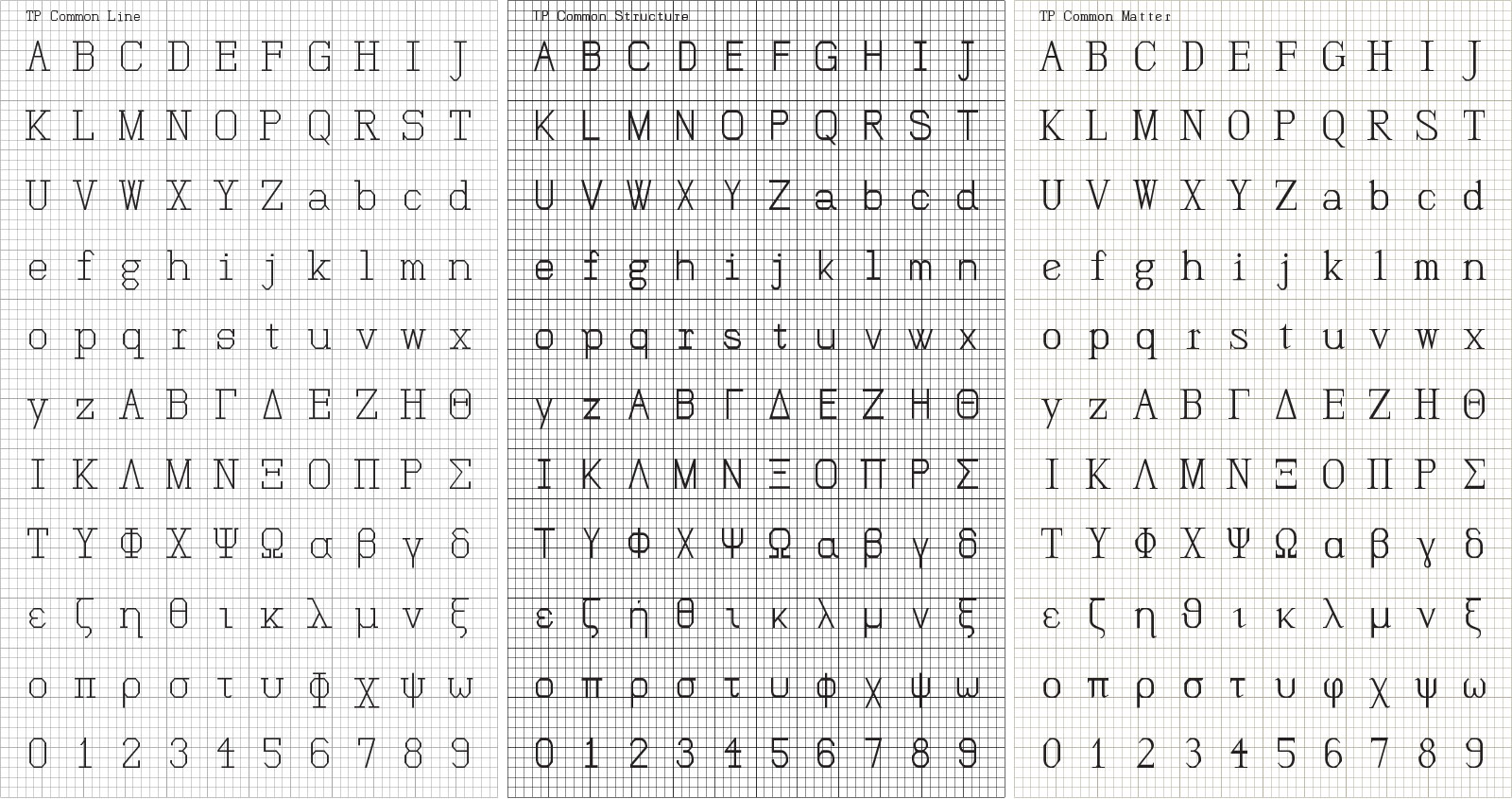 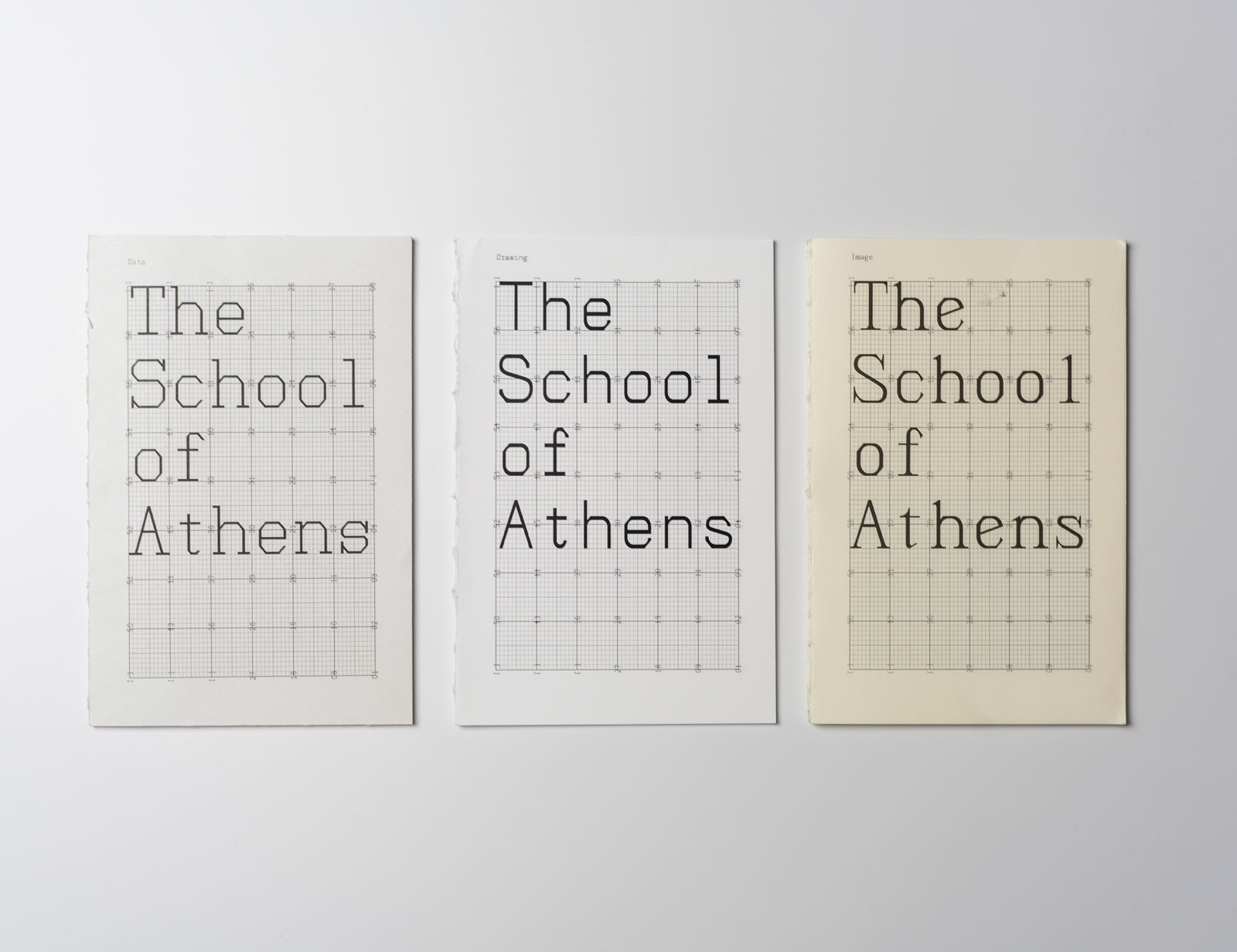 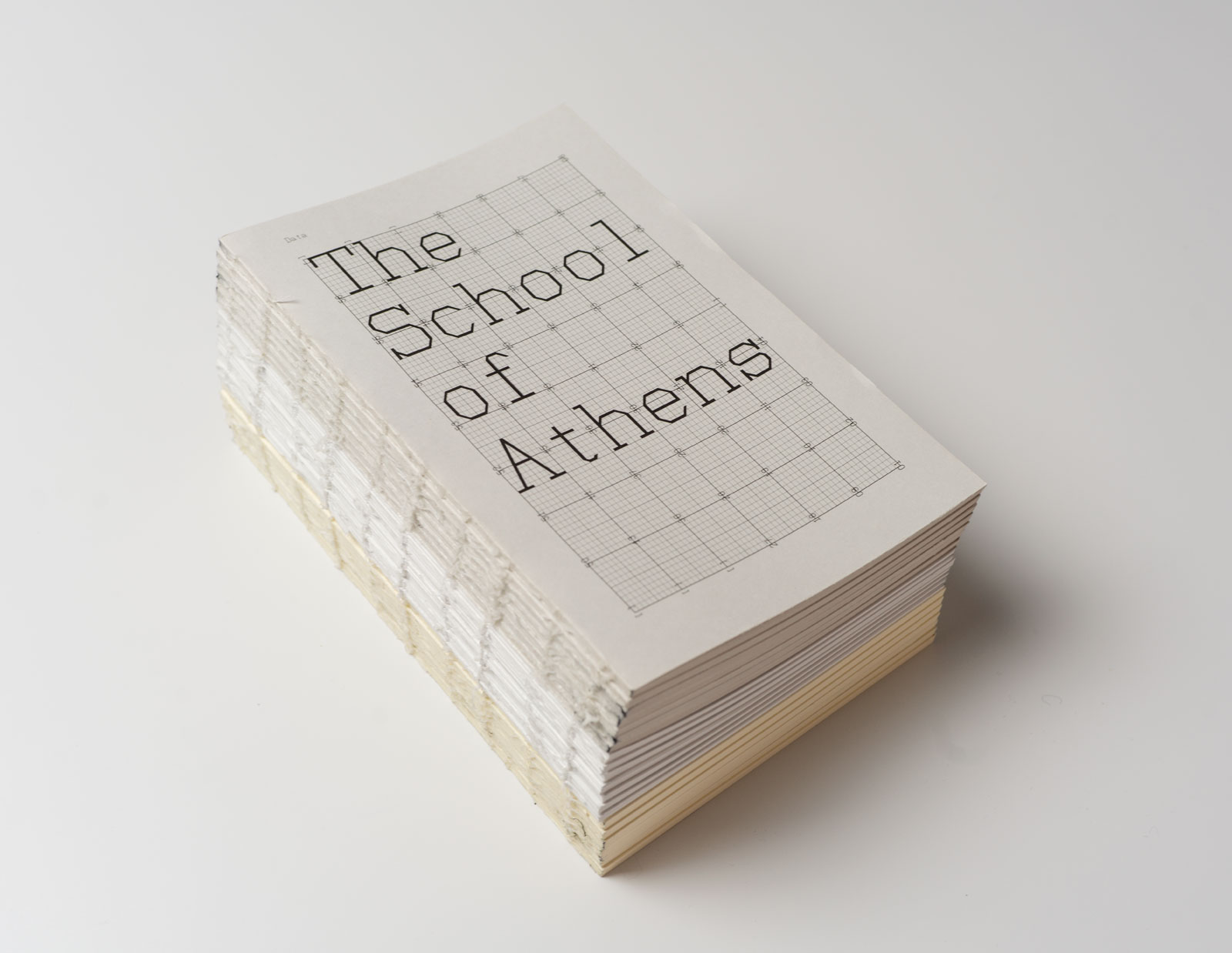 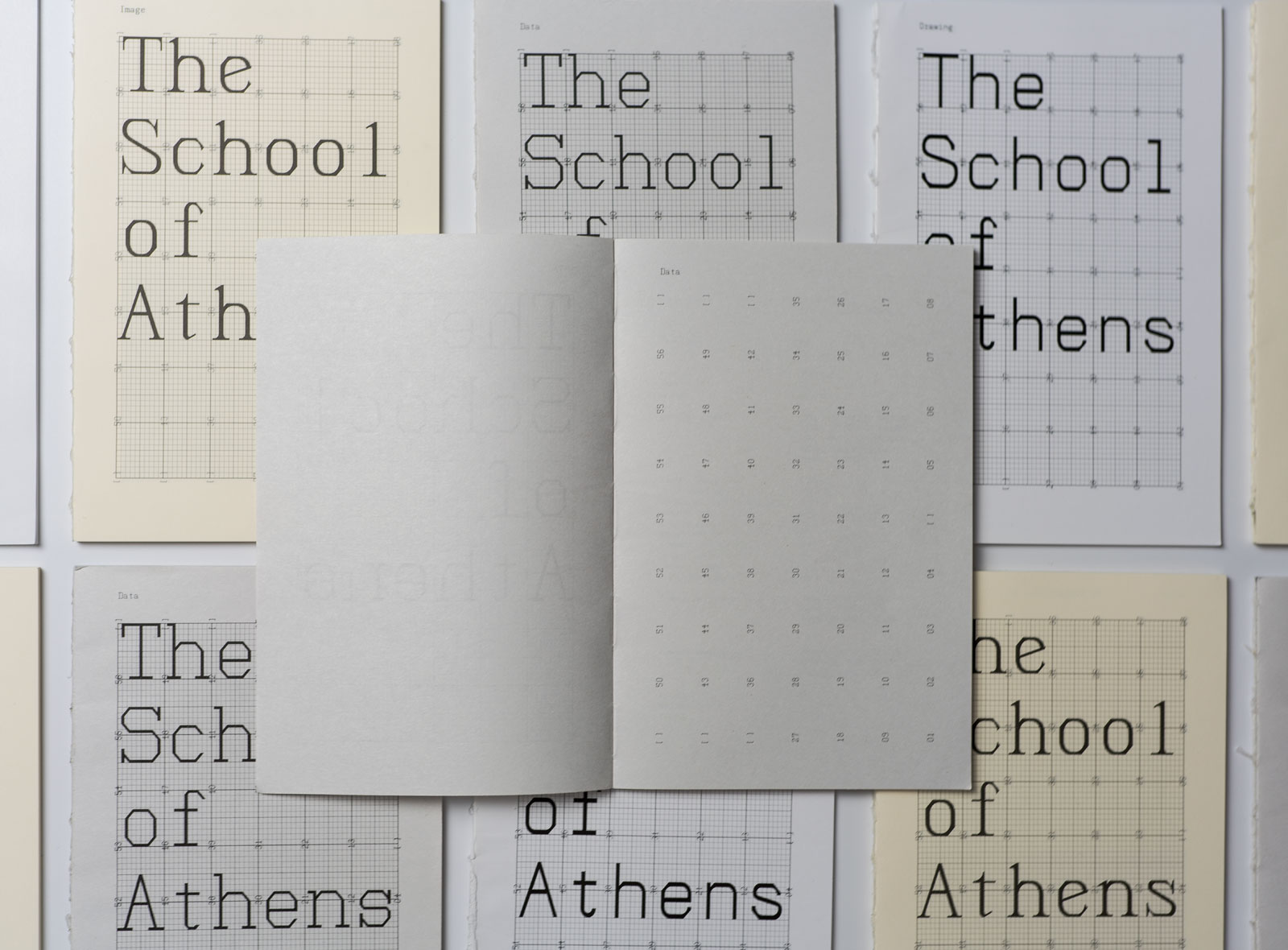 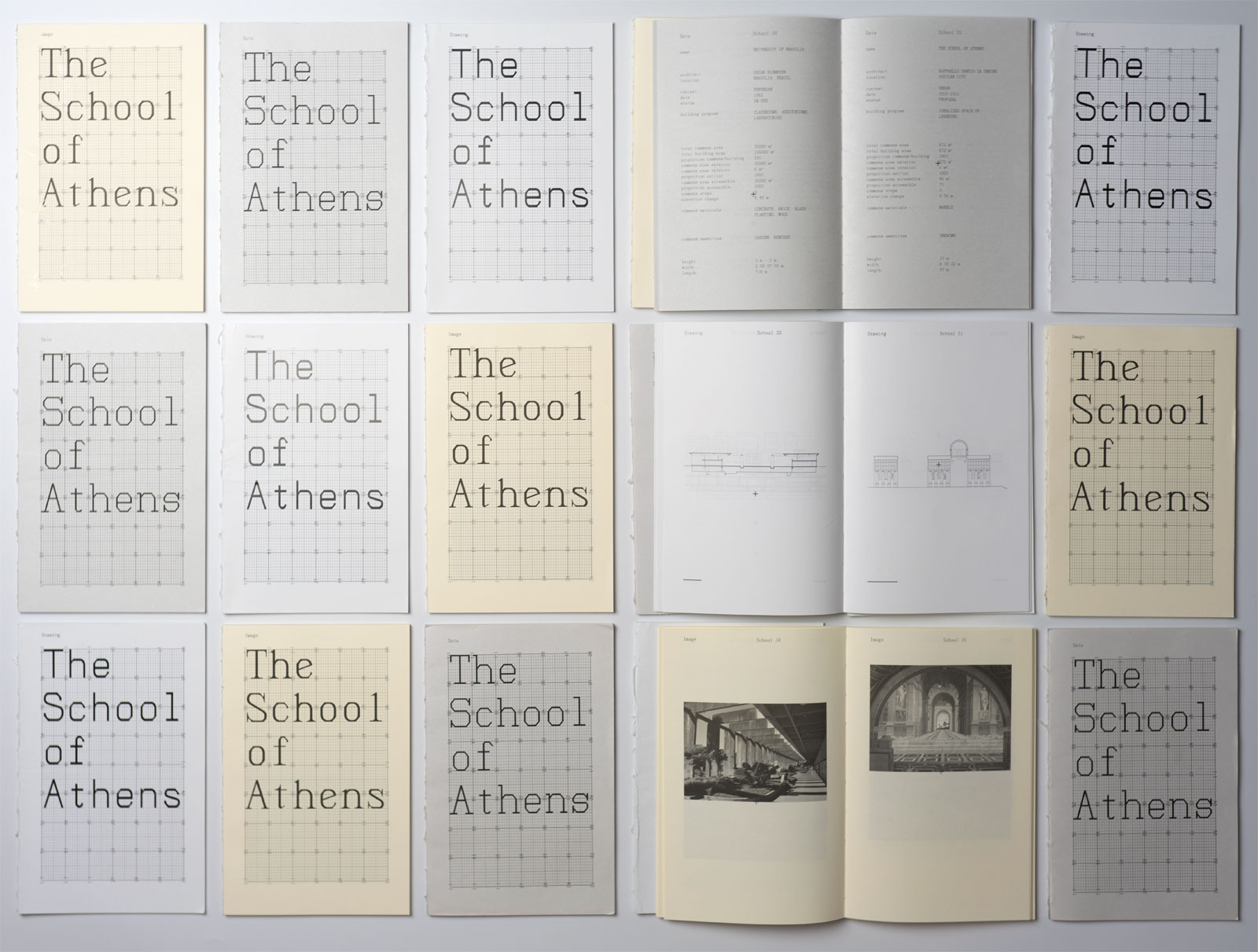 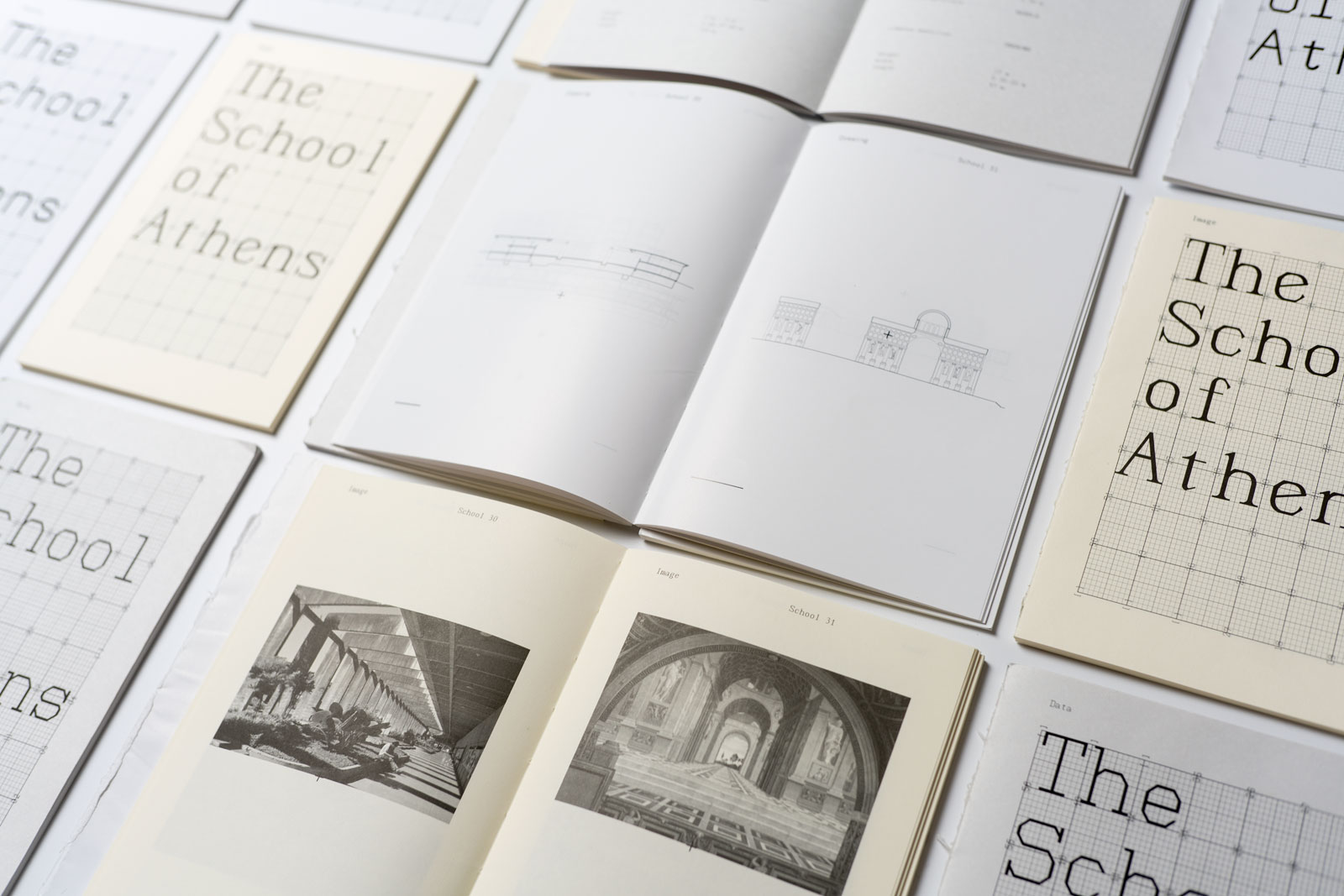 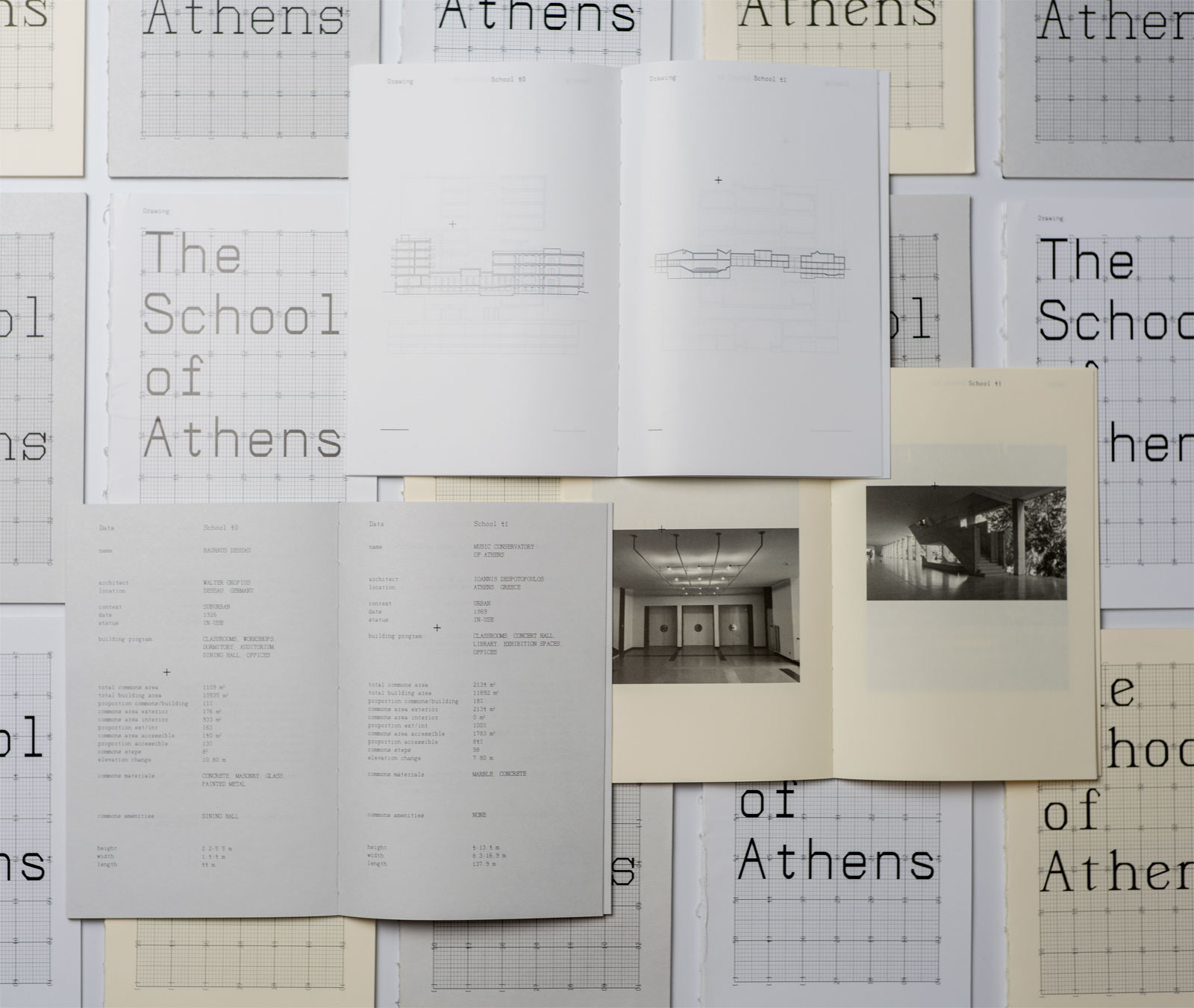 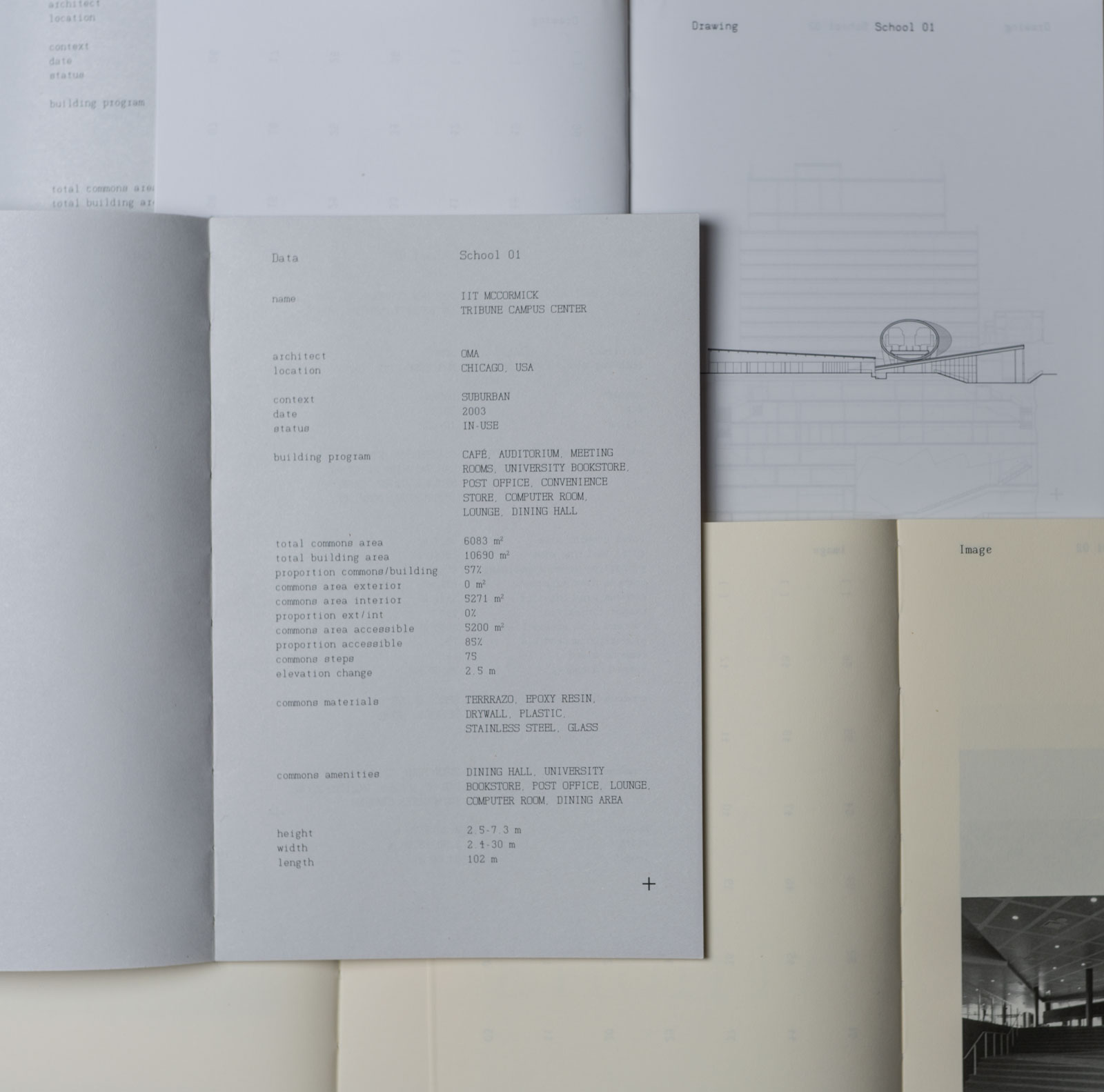 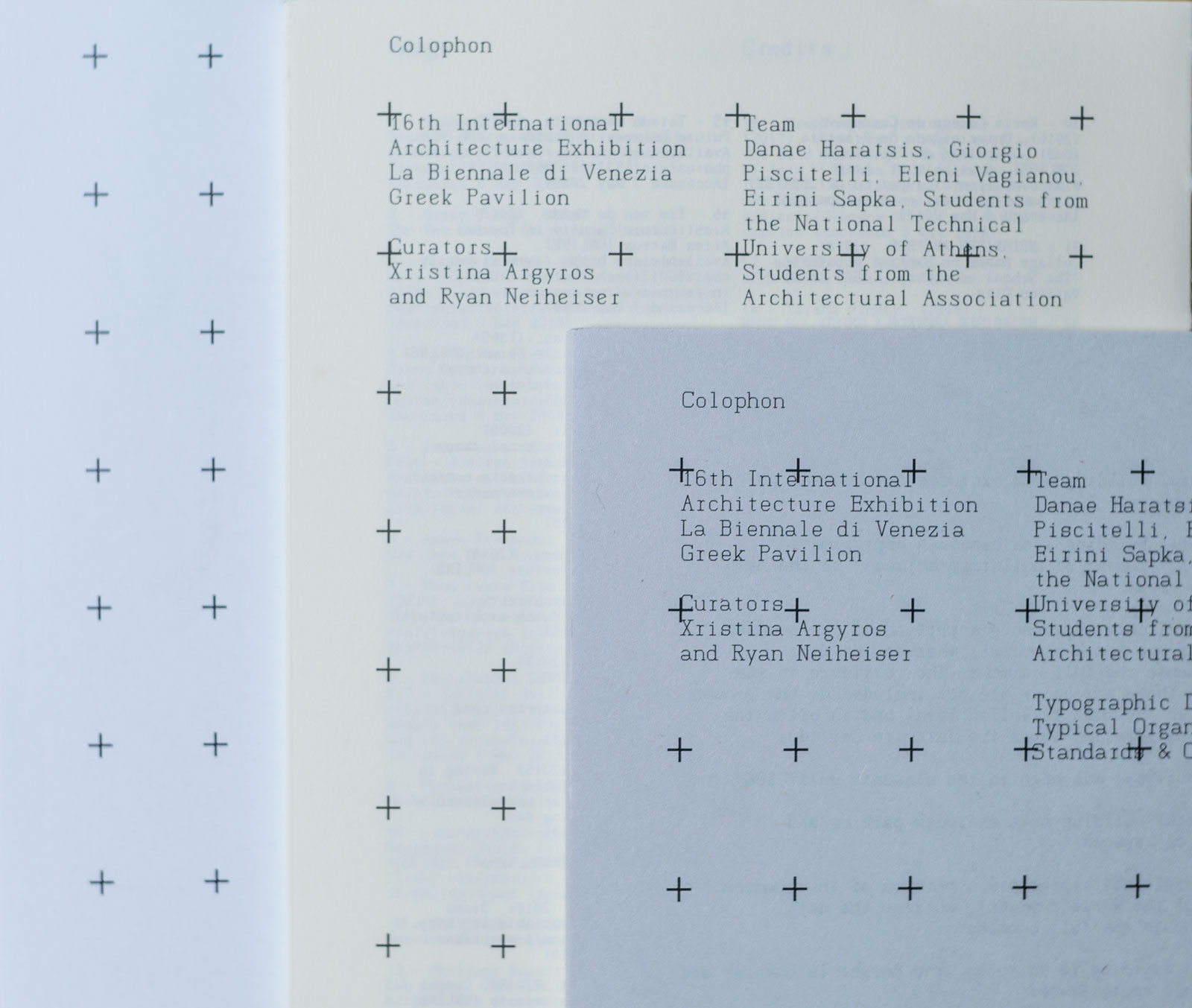 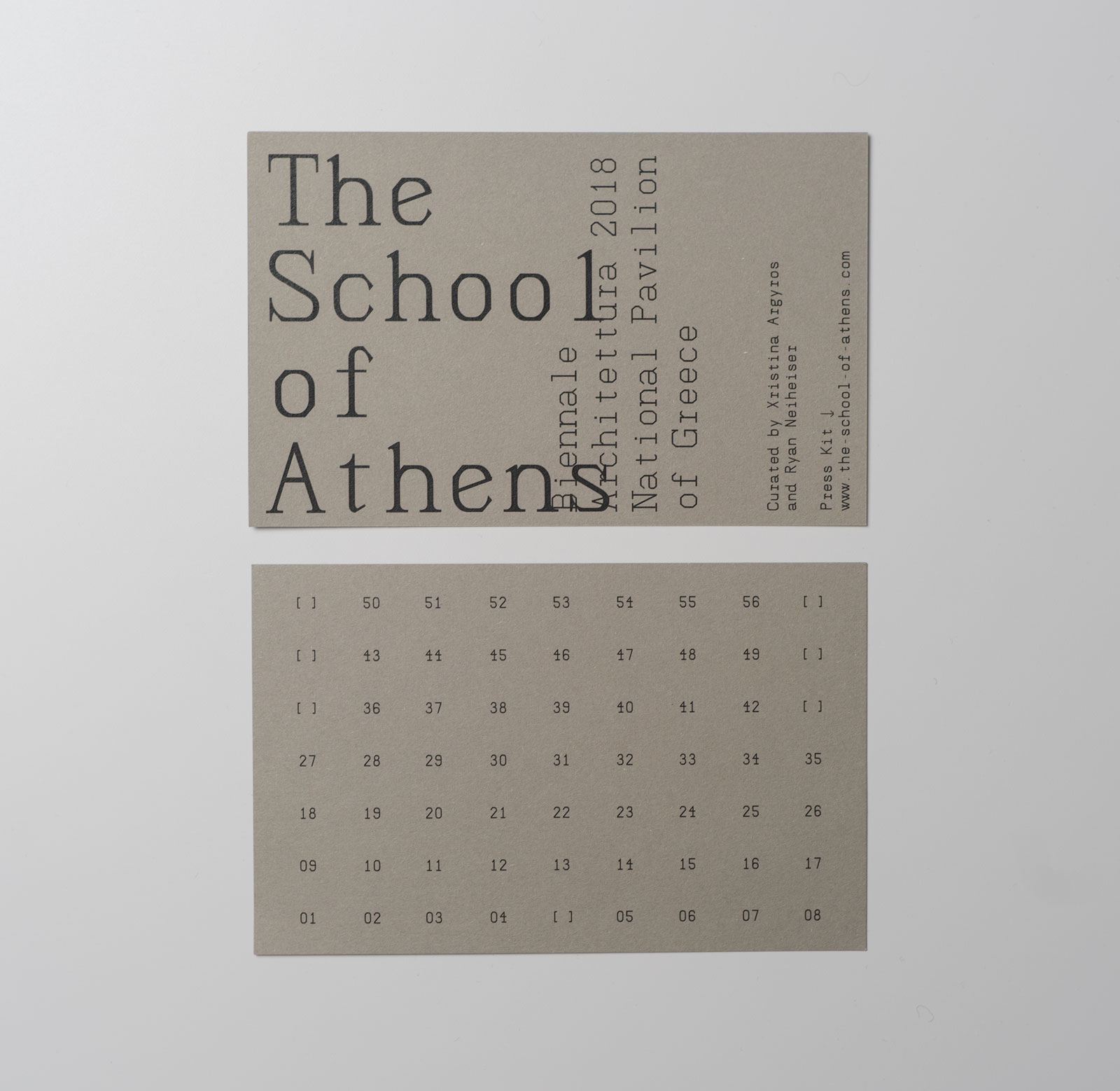 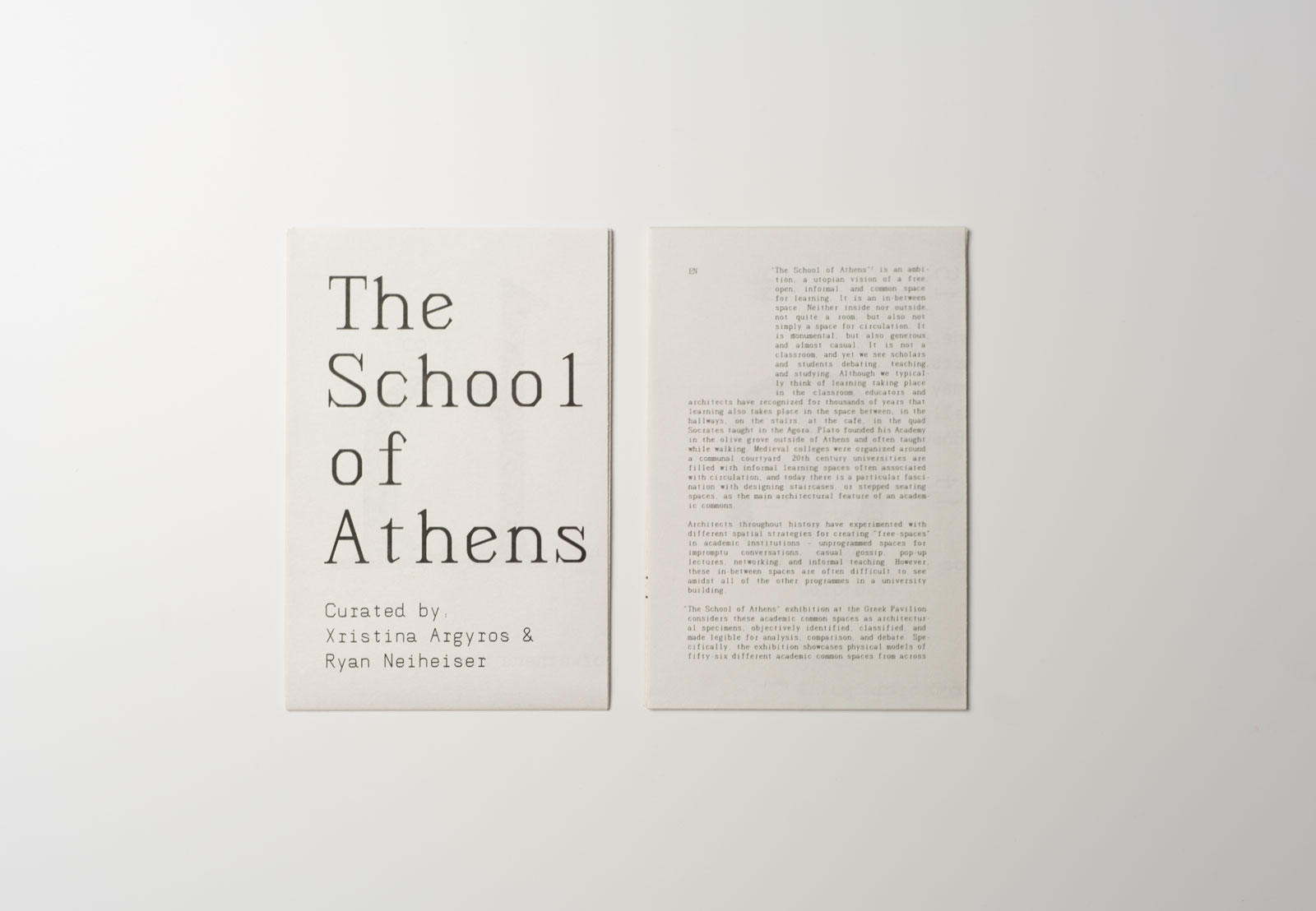 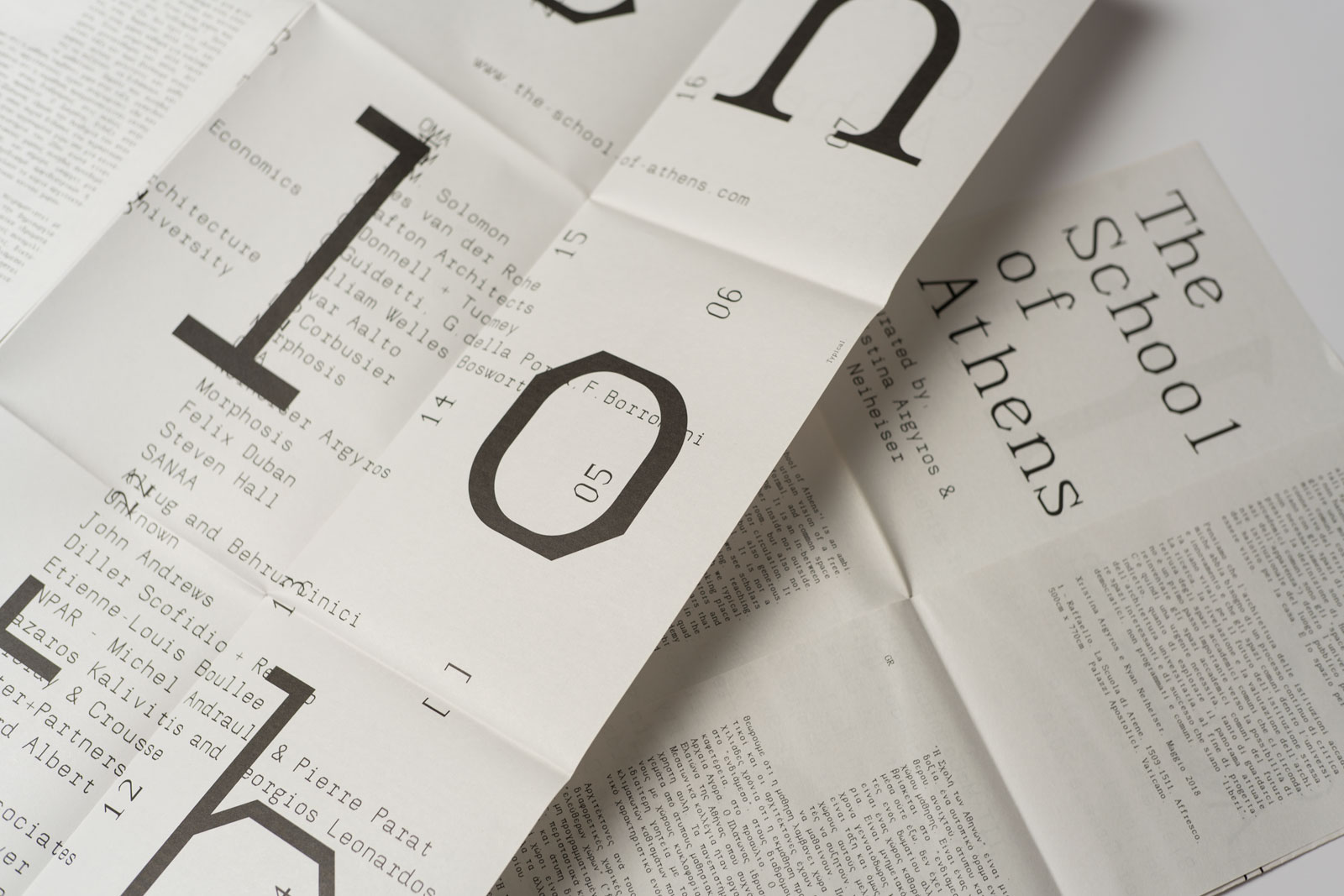 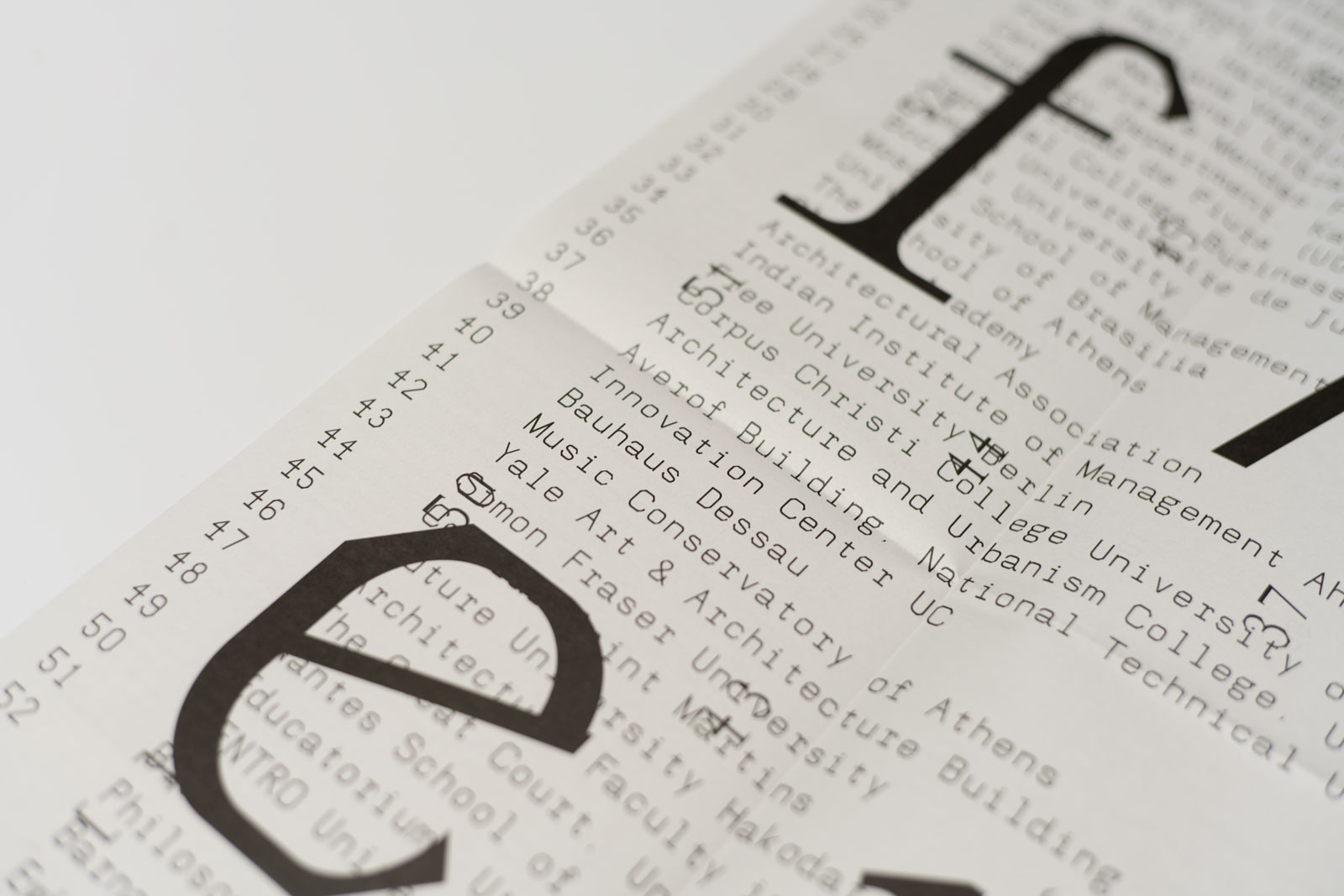 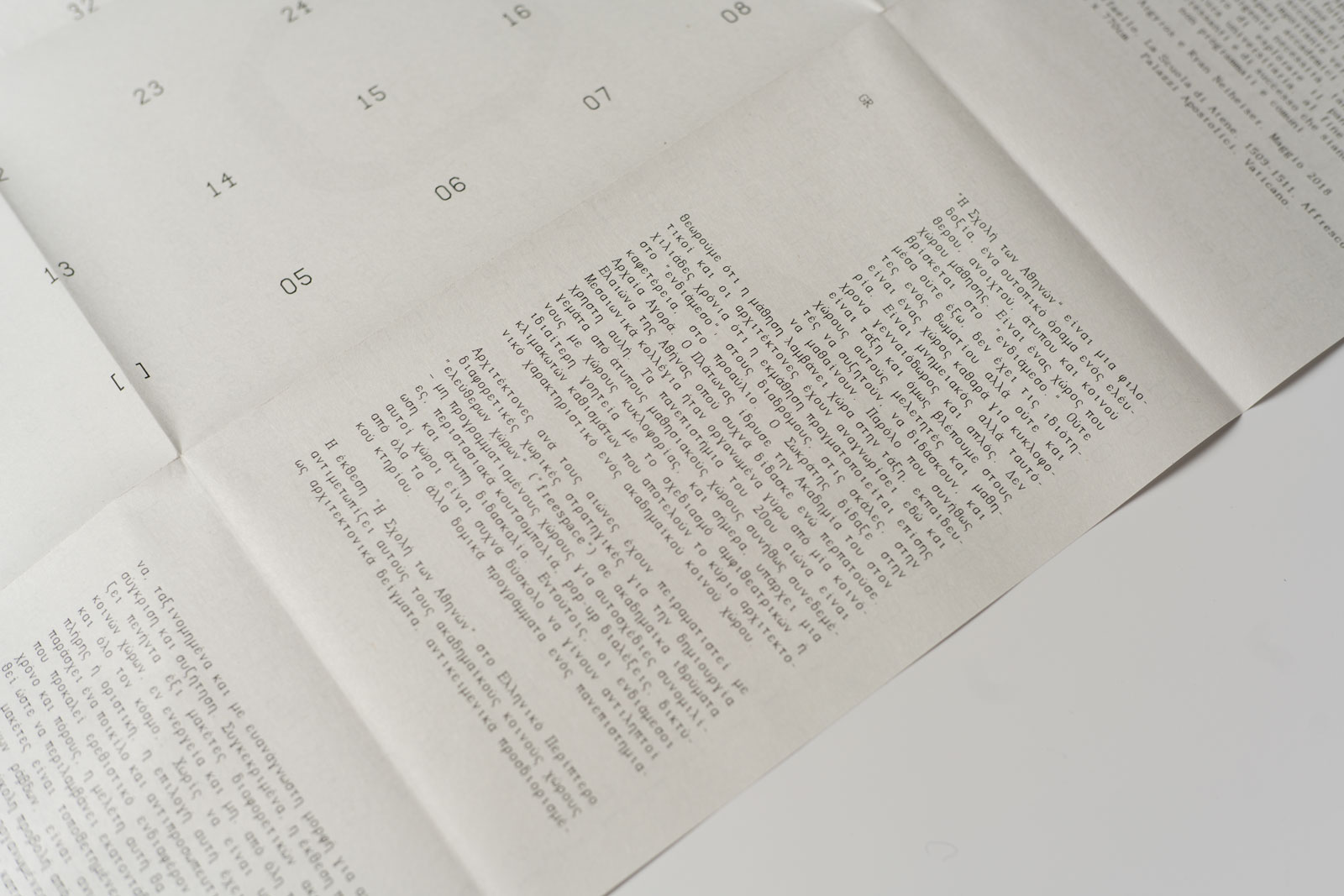 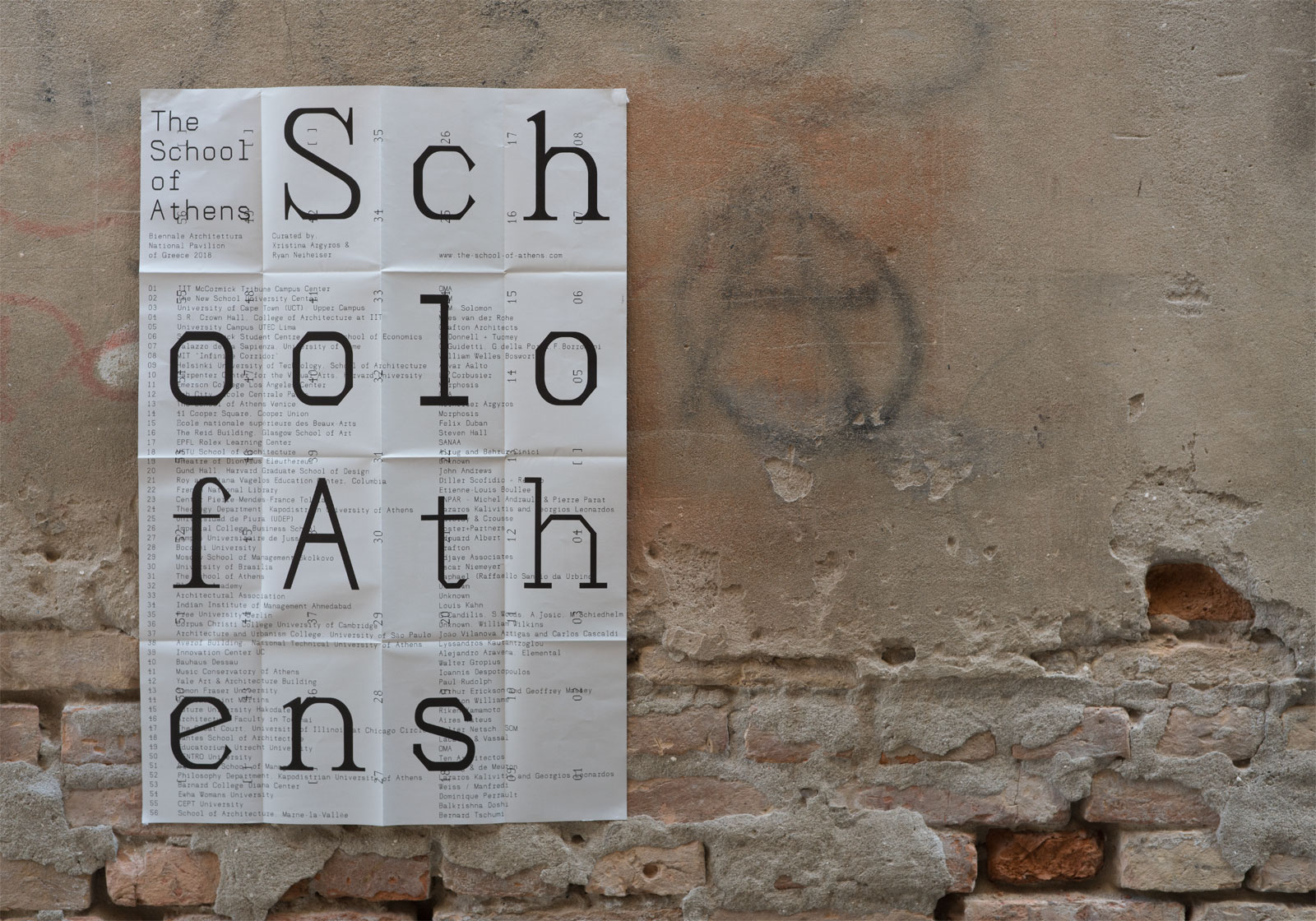 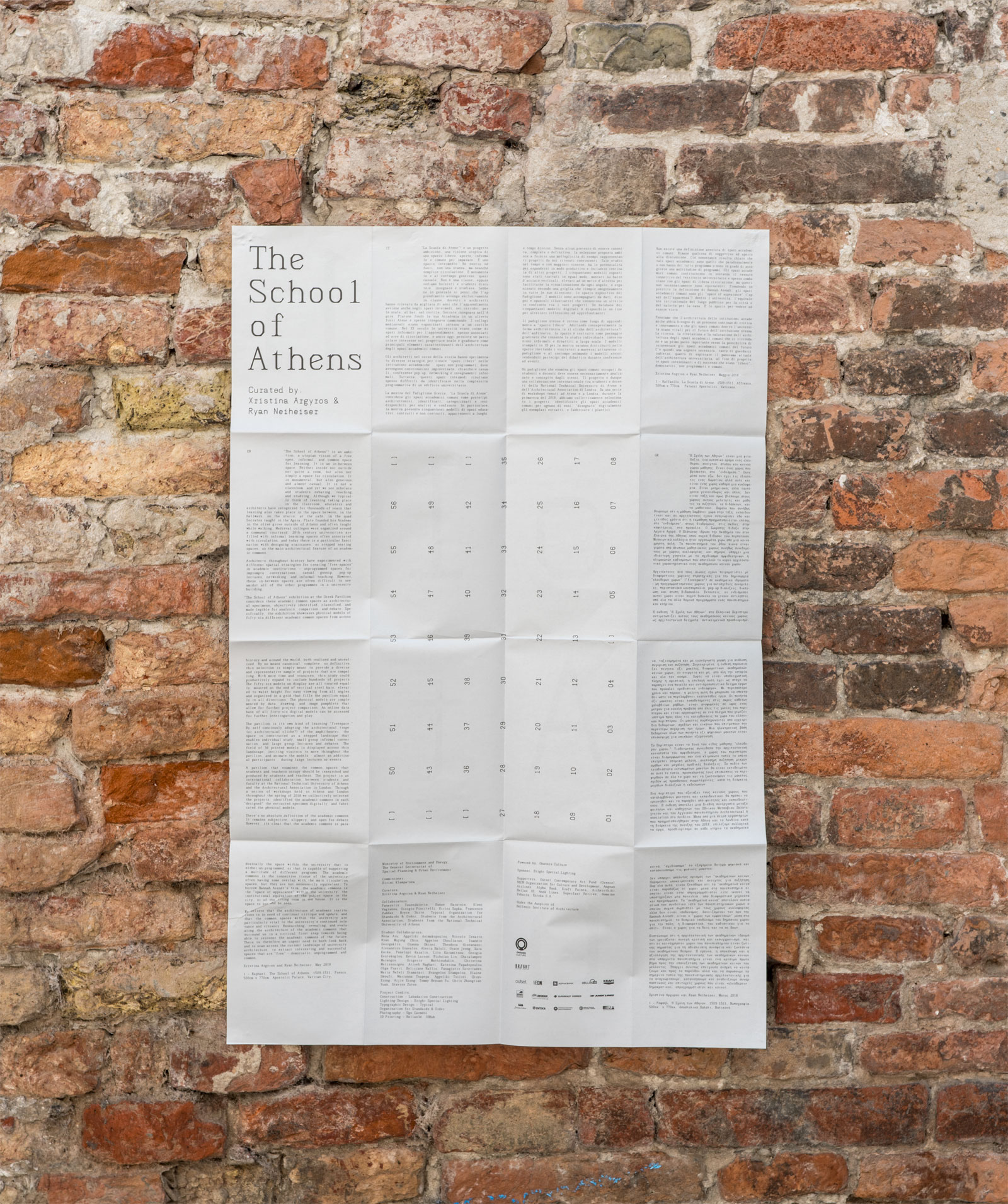 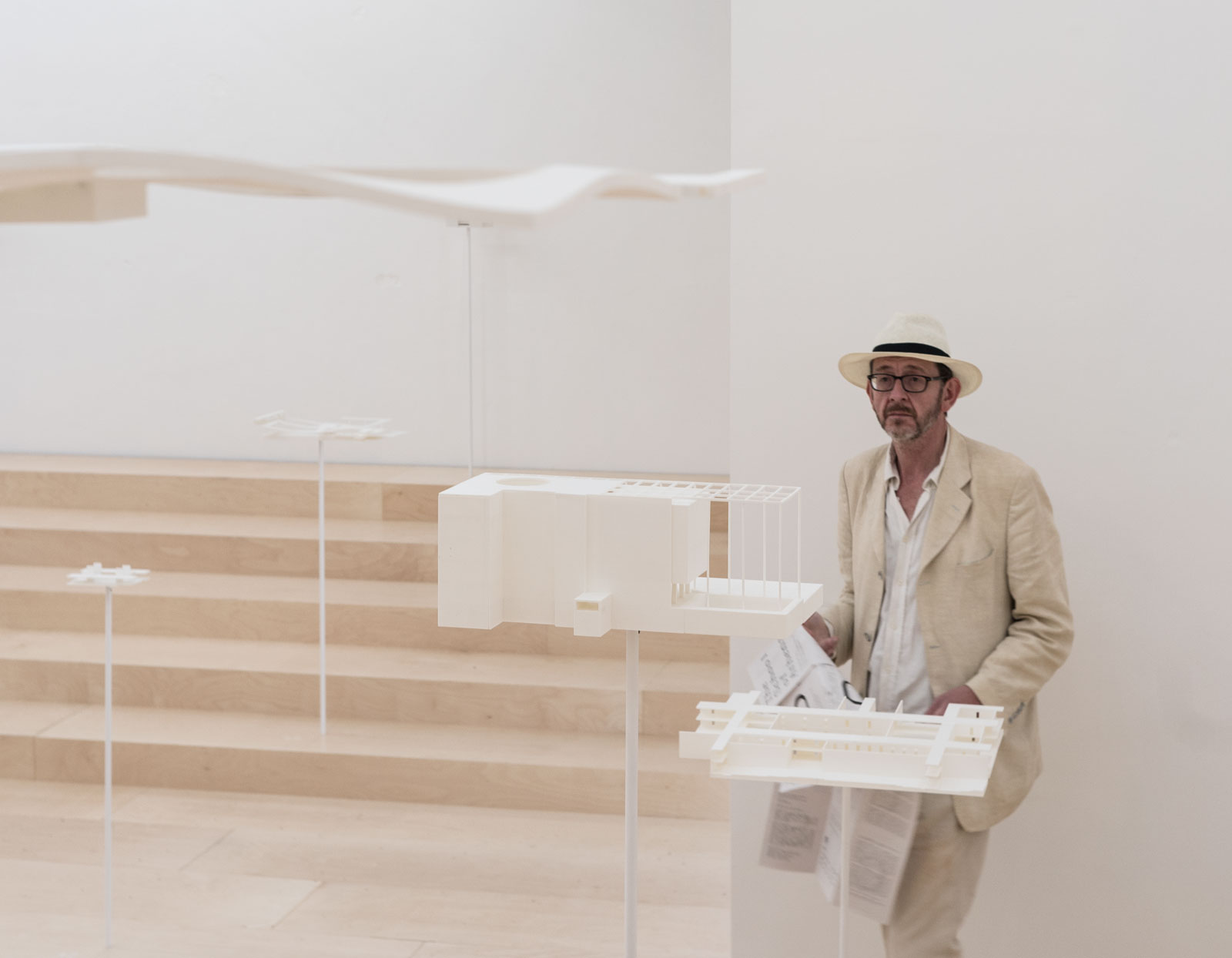 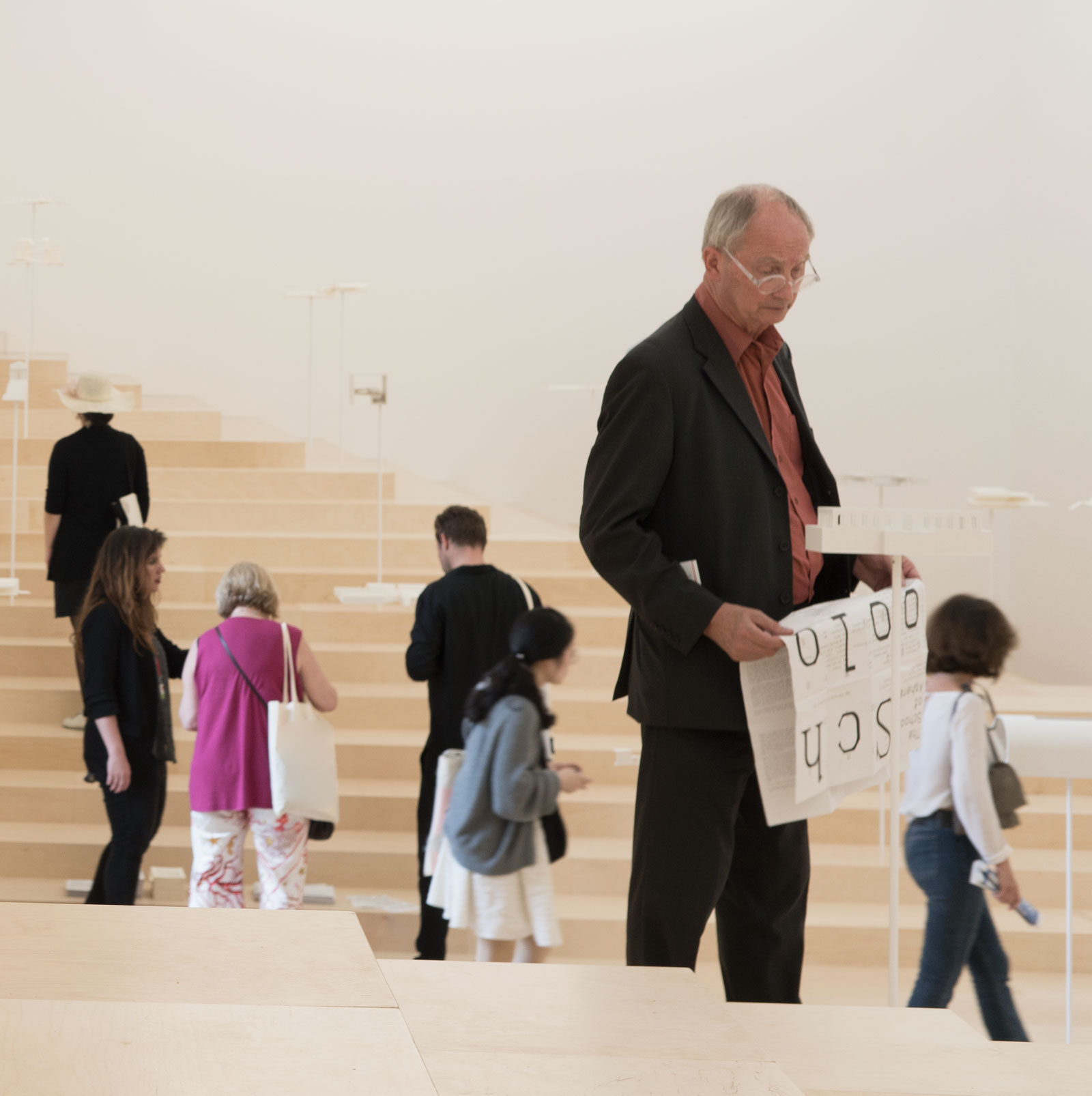 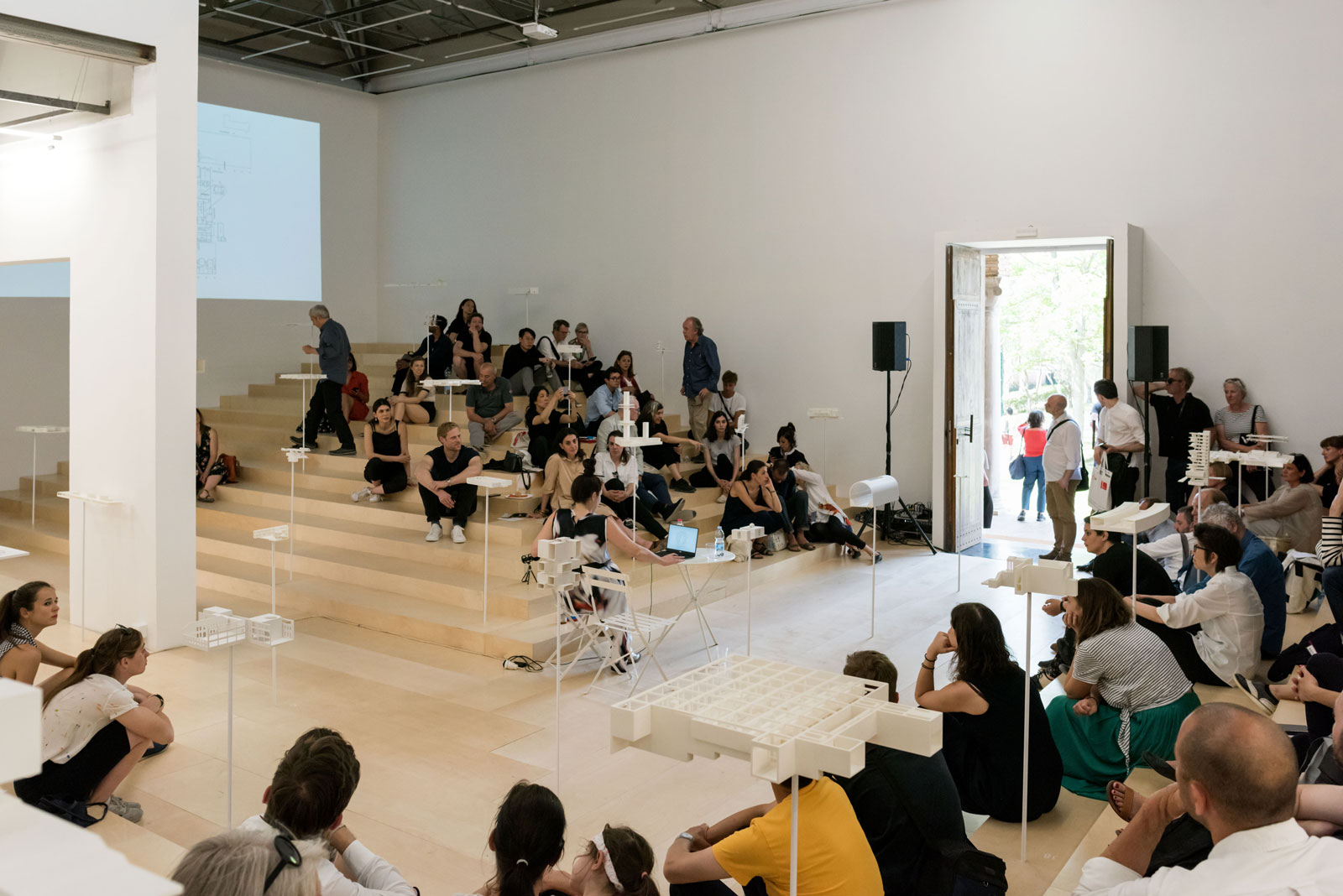