Considering the (non) ideological program of documenta14 aiming an institutional critique in the heart of the institution itself, proposing a bipolar exhibition between the extremes Kassel and Athens, we would like to propose a reflection on the graphic identities of this (non) ideology. The fact that the initiator of the first documenta (1955) Arnold Bode besides being curator, architect, teacher, painter also a designer was would make this review not misplaced. 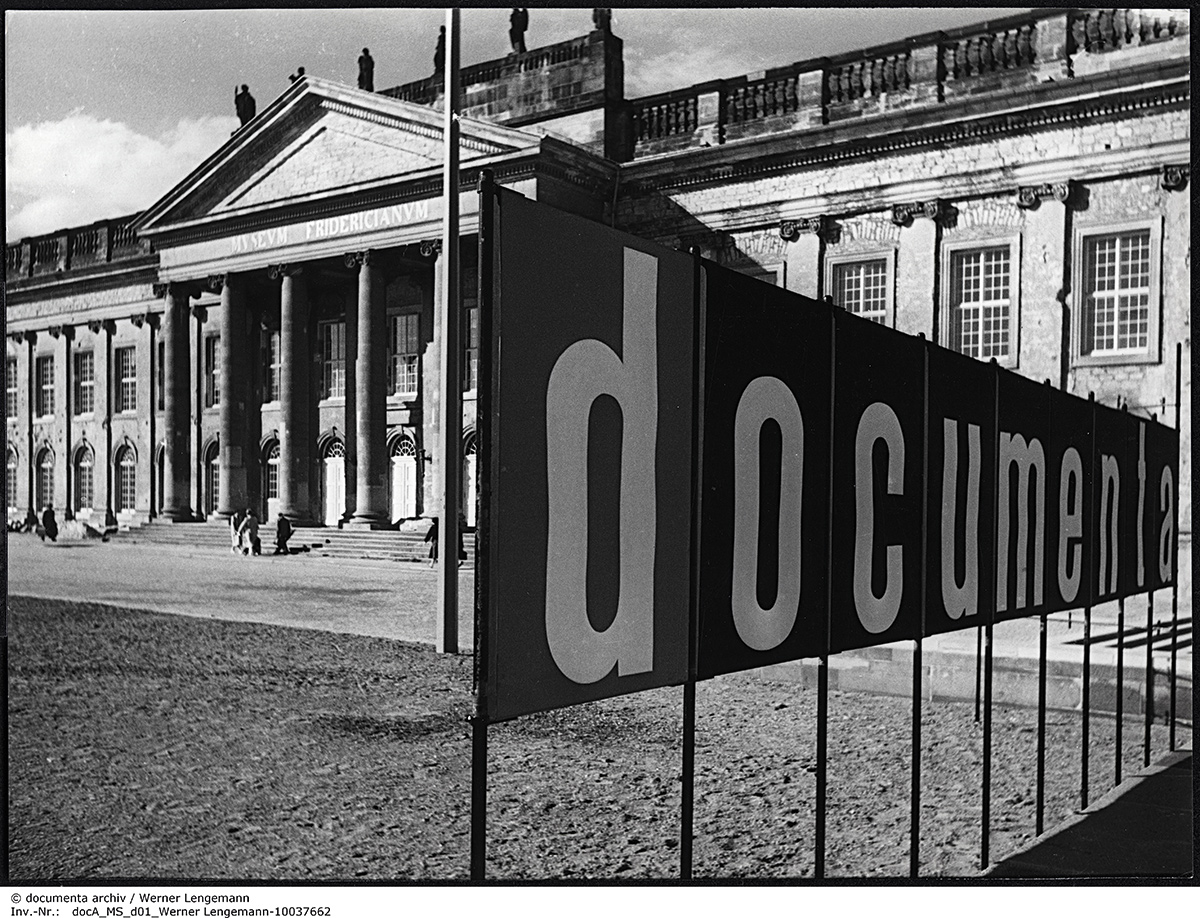 We would not like to simplify this review to the simple critique on why there where no Greek based designers commissioned in the international d14 design team. Although a symptomatic detail, we would like to avoid adding one more one-dimensional critique on the already existing stock. Perhaps we could naively presume that it could be simply the invisibility of Greek designers that did motivate the d14 to commission mostly central European active designers as Mevis & Van Deursen (Amsterdam), VIER5 (Paris&Kassel), Julia Born & Laurenz Brunner, (Berlin/Zurich) and Ludovic Balland (Basel). We do not doubt the qualities of the current commissions, far from that. Instead we would like to focus on the question of how we should or could interpret this phenomenon, since we did have the strong feeling that d14 after all aimed to interact with the Greek environment. The artist catalogue does mention for instance a bunch of Greek names.

Perhaps we could consider that we can speak here about the embodiment of a thought and not merely a by chance guided selection. Whatever is the case we could anyway interpret the reality as an affirmation of an idea. This idea could be for example that the Greek situation could not make visible a, for d14 standards, suitable designer. The selection of d14 could in that case make the painful but perhaps honest statement that seems to confirm, paradoxically to d14 non-hierarchical (non) ideologies, that designers from poor countries seemed to be un-curatable to carry out complex artistic concepts from rich and culturally developed countries. The question remains if we should question the invisibility of the Greek design scene and its perhaps weak relation to the international (or central European) contemporary art sector or instead the hierarchies in this sector itself? However, we could agree that in Greece making work for and within the cultural field, is far from a lucrative affair, therefore are design workers uniquely exercised in this domain practically utopian. Autonomous and experimental design practices in Greece are rare, rather suicidal and people involved in such do quickly extinguish. How to make intellectually significant work where everyone is more occupied with surviving? It’s a vicious circle. Even if Greece does have an actual small, and in our not objective view, interesting design scene within its very special historical context, its own inspirations and concerns, it is and remains a fragile unsafe place. Perhaps design in Greece was always more surviving itself, so it did not archive itself that good, was and is largely undefined, unrecognized, not theorized and often pluralistic in its form. Most probably the result of bending to the realities of an unstable unsupportive environment. 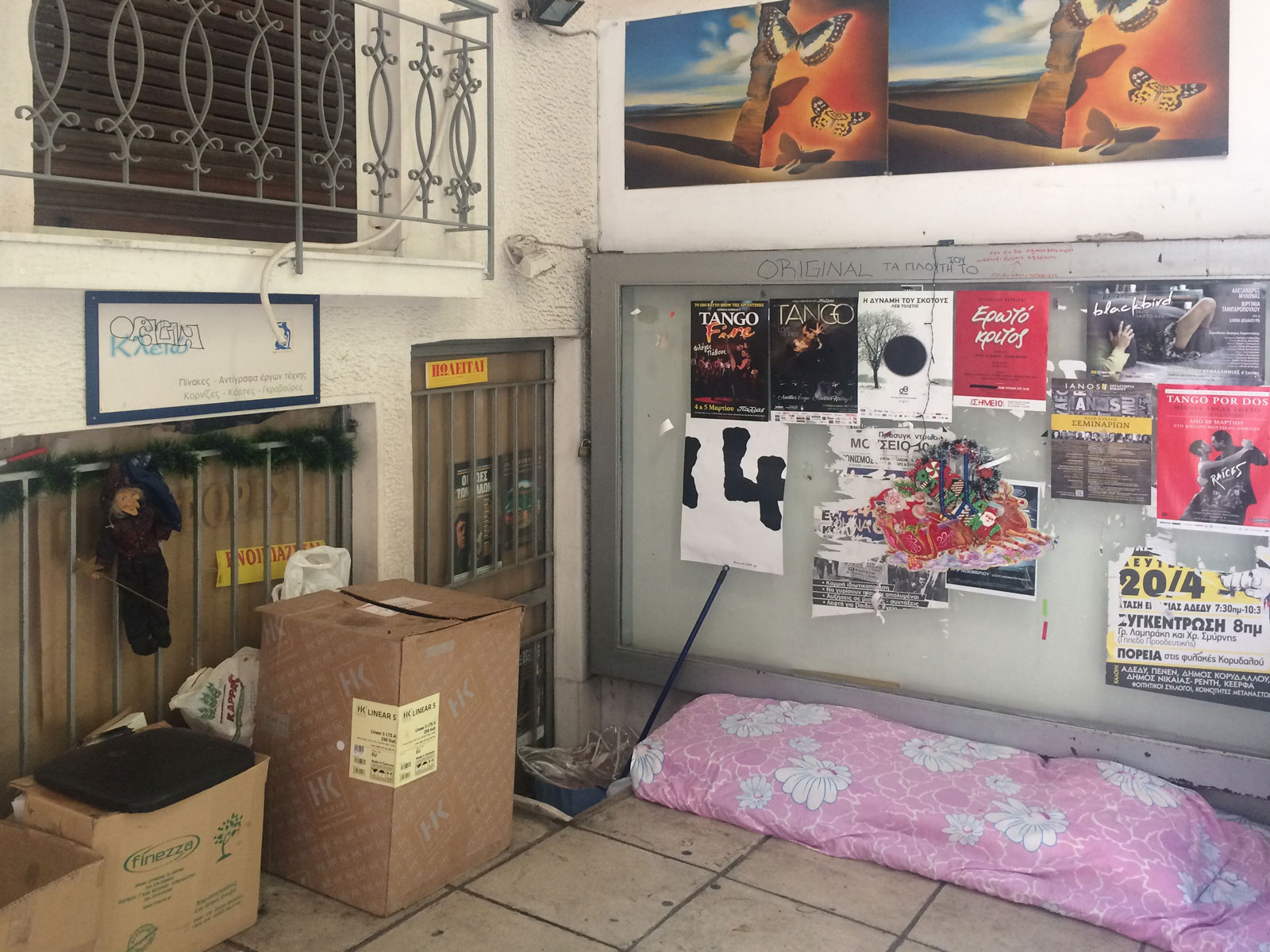 Bearing that reality in mind, we could easily start to see d14 selection of design contributors as one-sided and not so anti-hierarchical as the outcomes of the pluralistic and almost anarchic visual identities of d14 seem to suggest. The graphic identity or identities of d14 where paradoxically, according to AIGA, (1) designed by non-hierarchical grouped design teams that where supposed not to communicate between them, aiming “weakening the notion of an identity.” With no typographic guidelines, cohering color palettes, logo, or any other rules to follow…”

We could use a notion coined by Antonin Artaud ‘Le Théâtre et son double’, that is a body divided within itself, to analyze this perhaps with conscience operated division within the design forces and outcomes. Evoking ‘Le double’ means to take in account that all things project dark, often invisible shadows elsewhere. The common negation to accept or to take responsibility, to reconnect that what we consider positive with its counter form: the negative. Since designers do shape forms, we could suggest that perhaps in the case of d14 those form issues of a in itself divided body are already ‘the shadows’ aware of the ambiguous sides of any ‘cultural’ action. To continue this thought we could think that ‘le double’ was not only liberated by the commissioned collaborators from the known sphere of references but also, and especially, from the non-commissioned ones.

A good illustration is how, the now famous anti-documenta stencil graffiti appearing in the Athenian context at the time d14 was installing, did become a substantial element in the d14 identity. It was reading “Dear documenta, I refuse to exoticize myself to increase your cultural capital”. The d14 design team (Vier5) responded in a gesture of warm or/and ironic embrace, appropriating the used stencil typeface as part of their identity system.(2)

In that perspective we could and perhaps we should see those mysterious non-commissioned graphic design outputs as the vital Greek or at least local contributions to d14 visual identities. We can see a large mutual Hijacking process exercised by the ‘commissioned’ and the ‘non-commissioned’ design teams to establish eventually after all a visual continuum where critique functions as the basic substance. 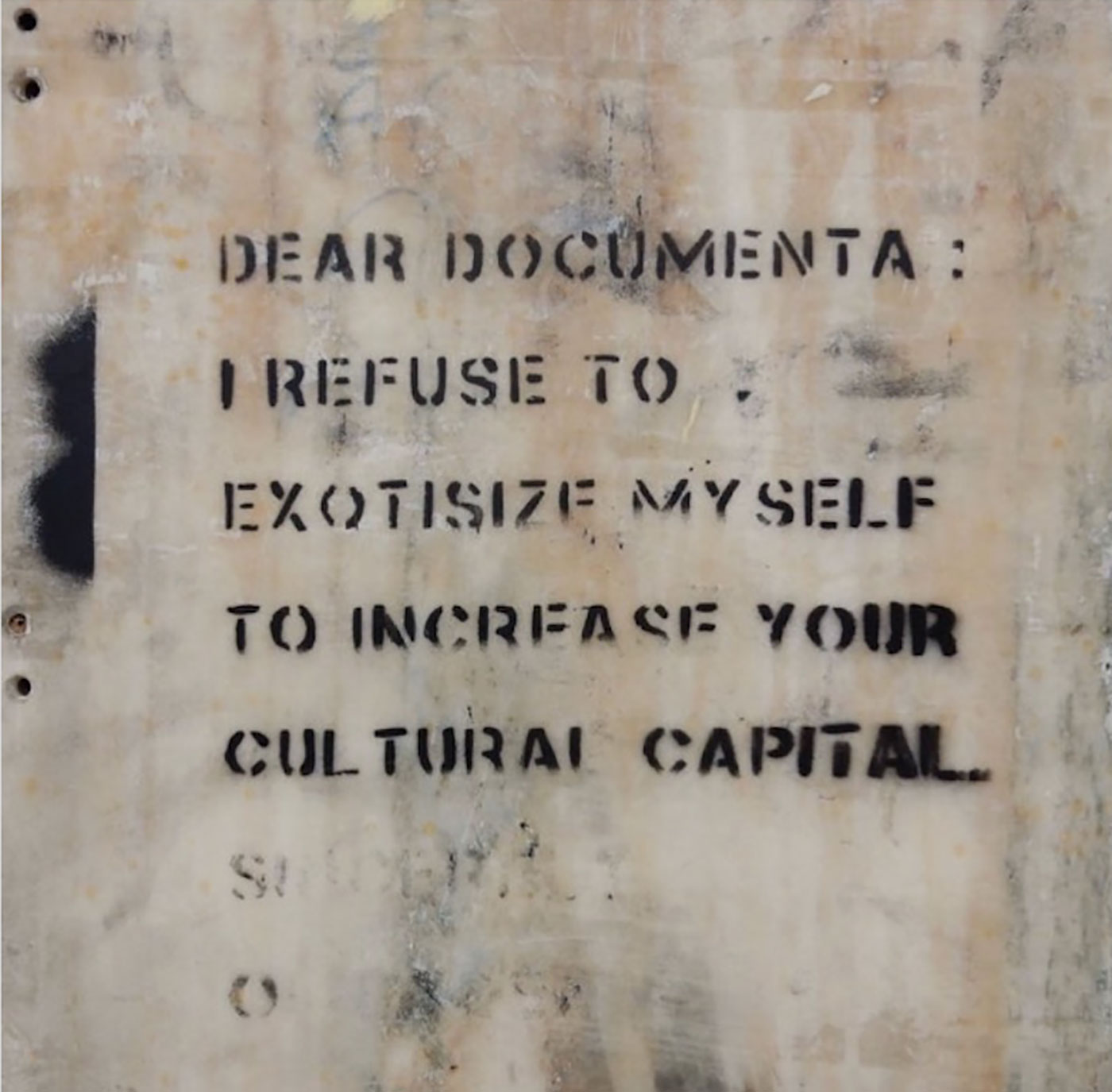 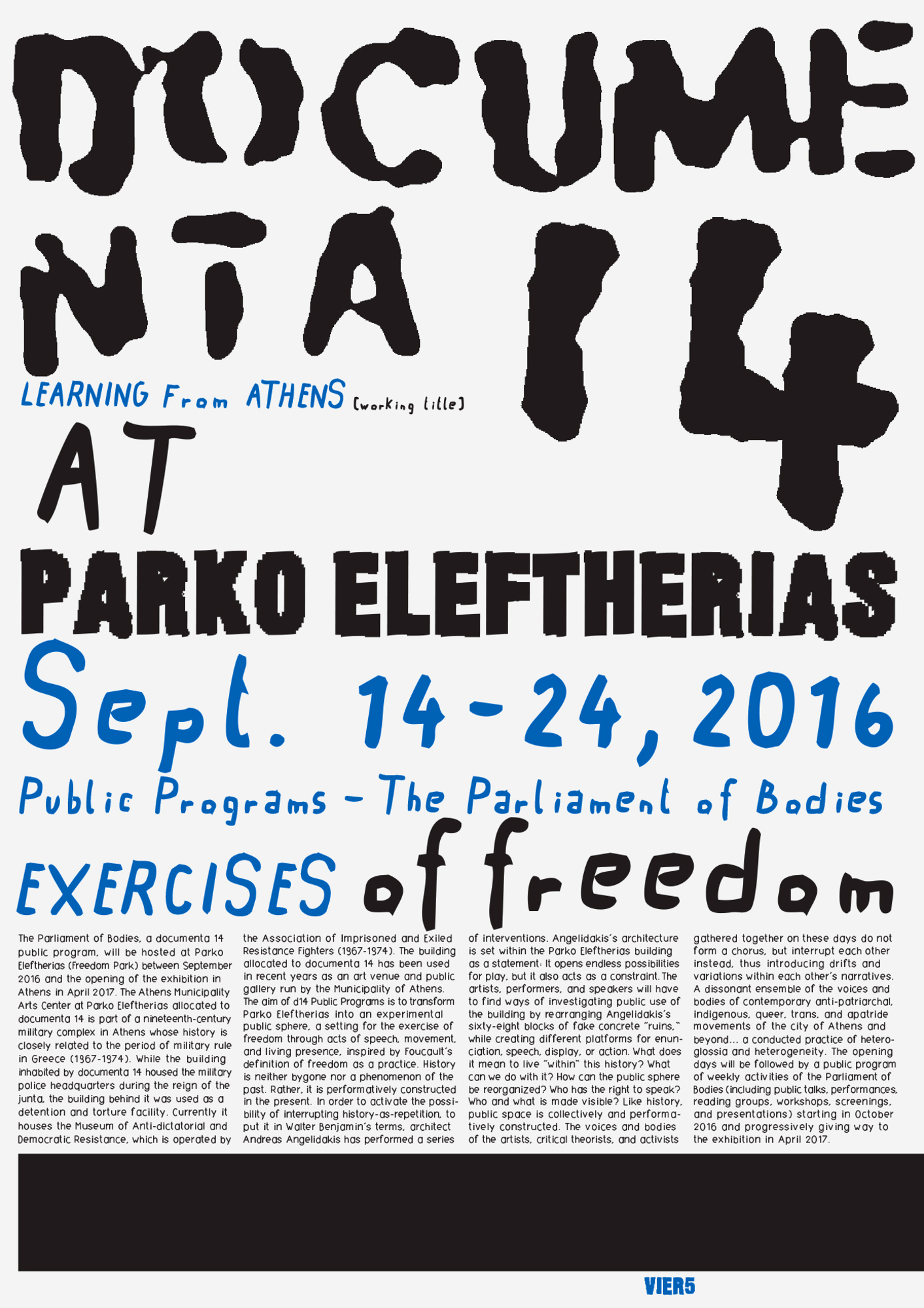 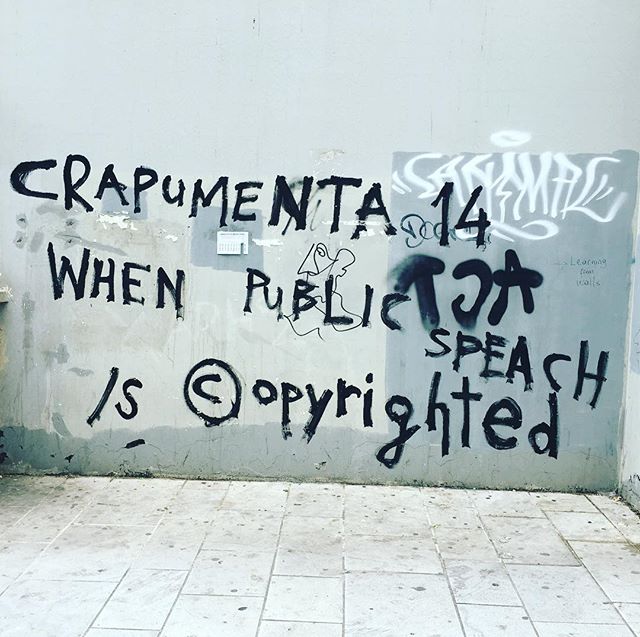 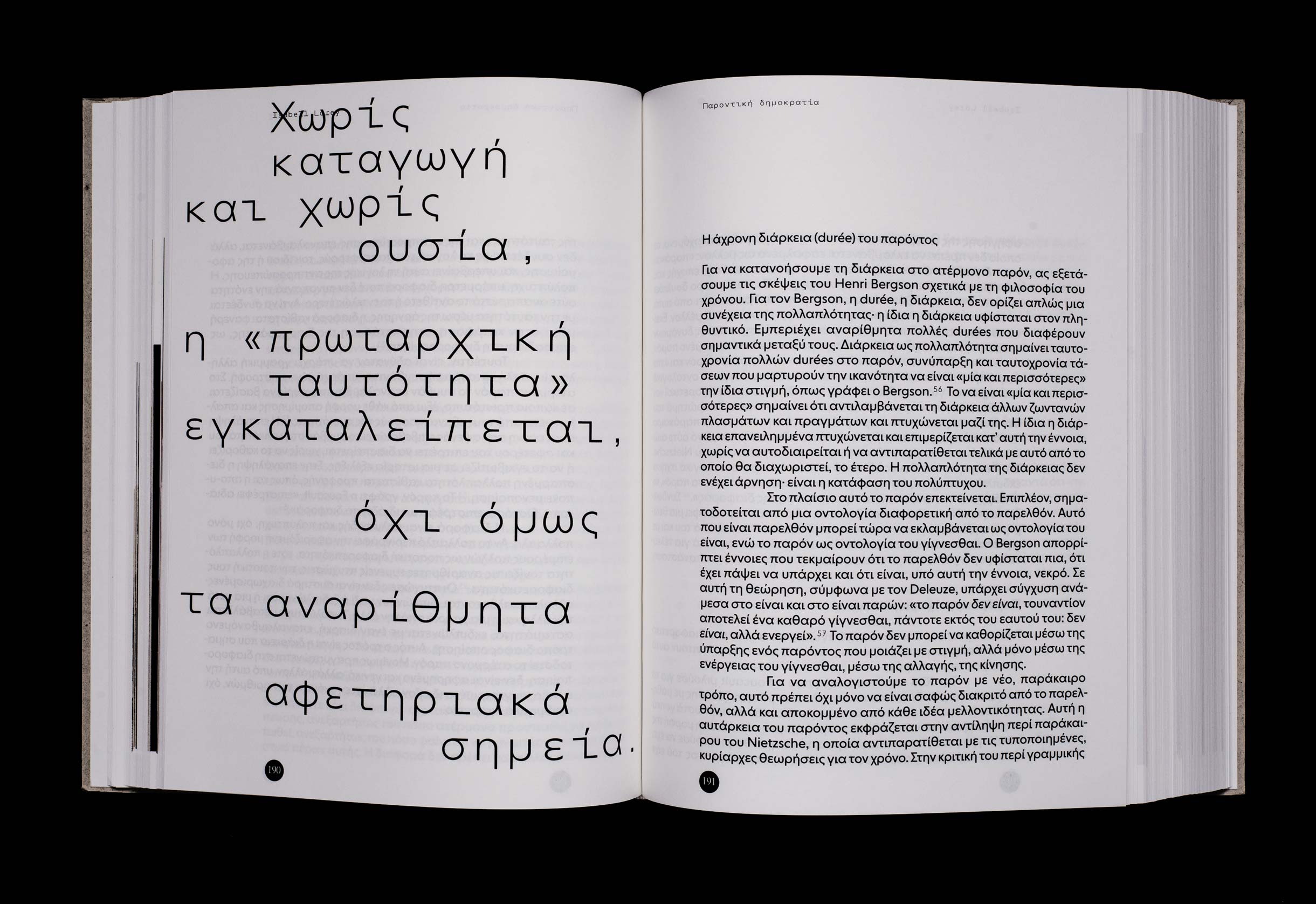 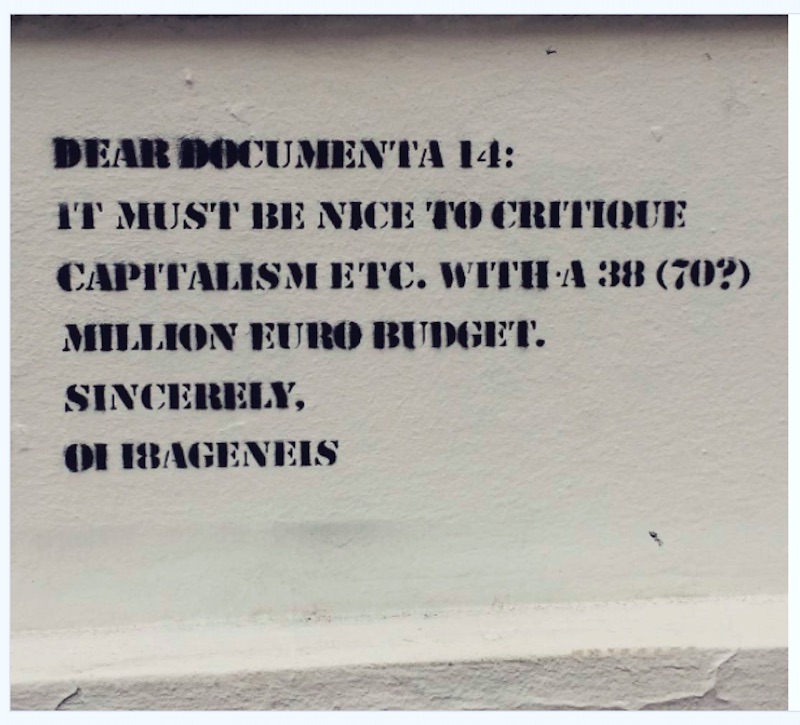 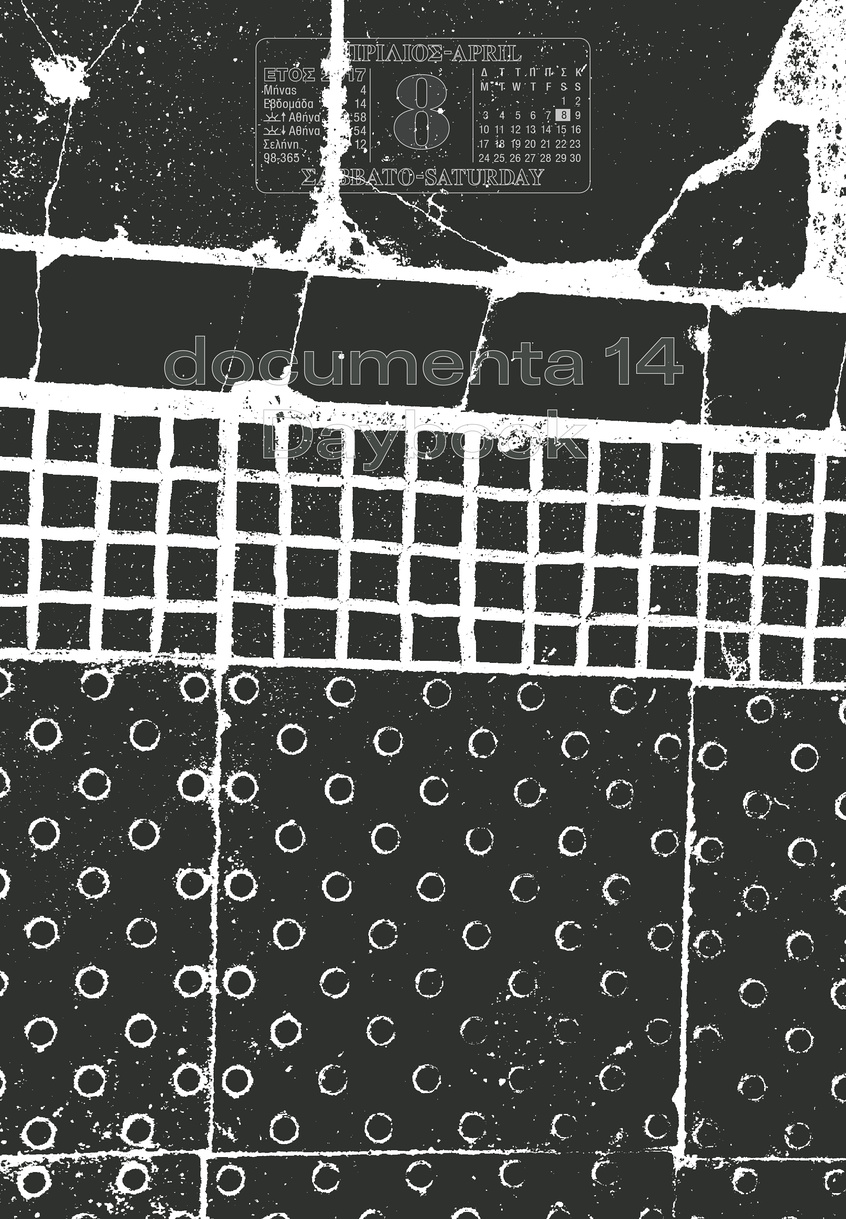 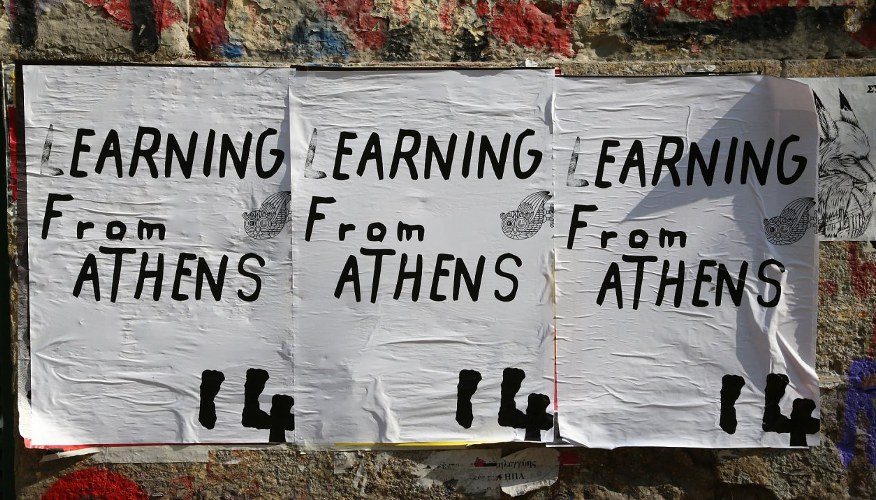 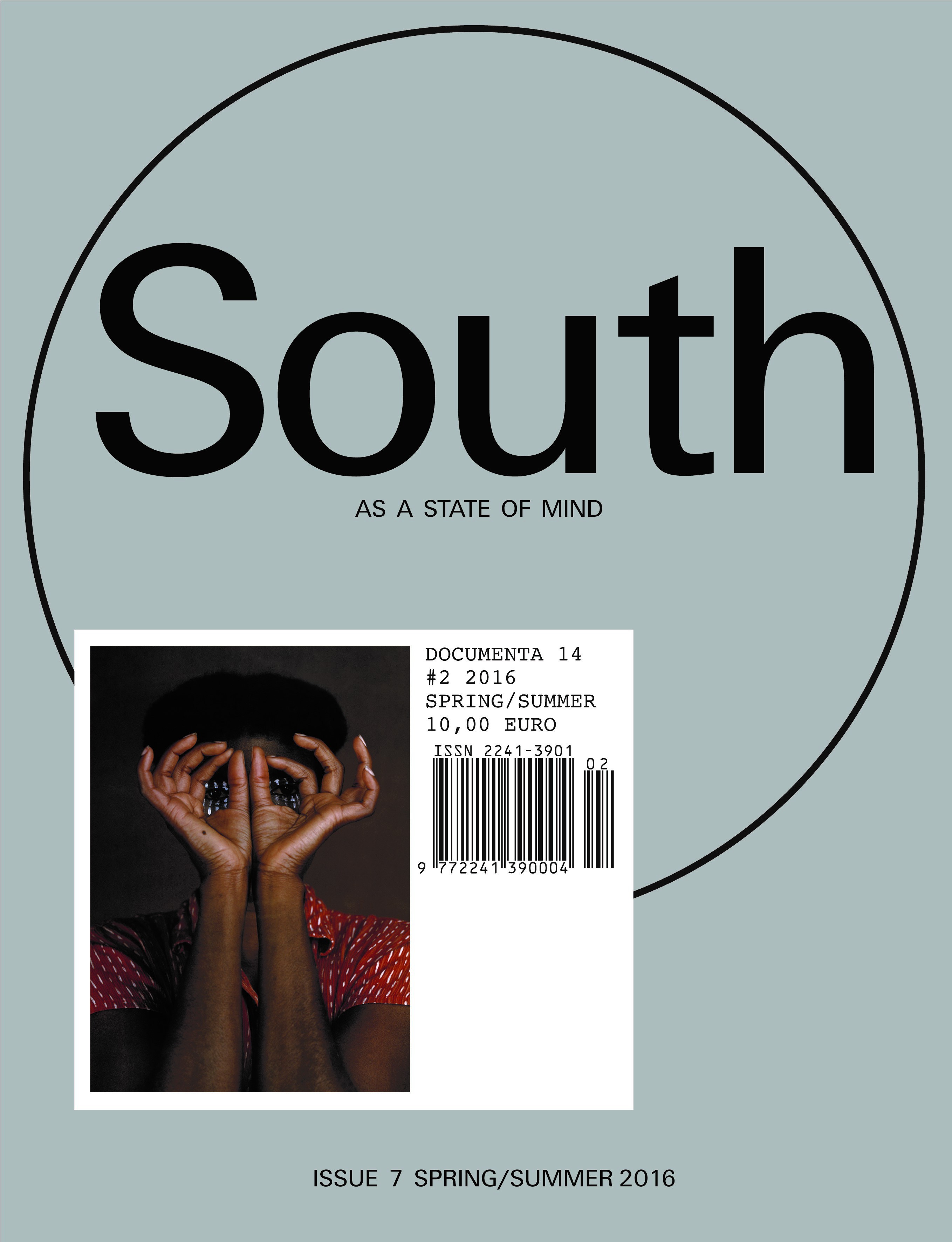 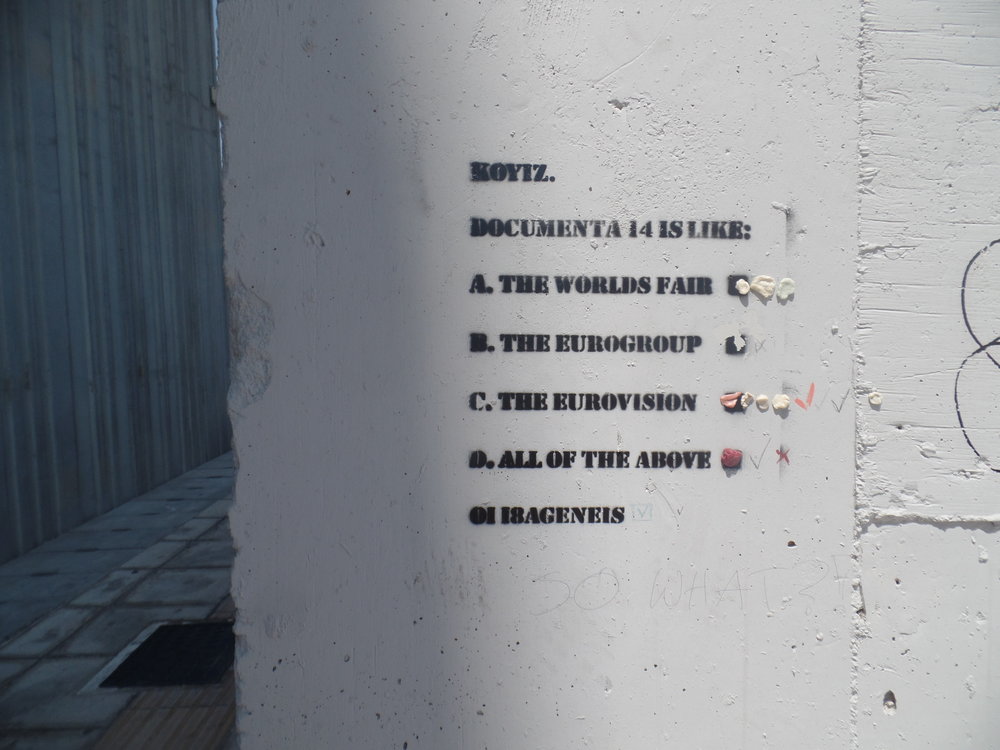 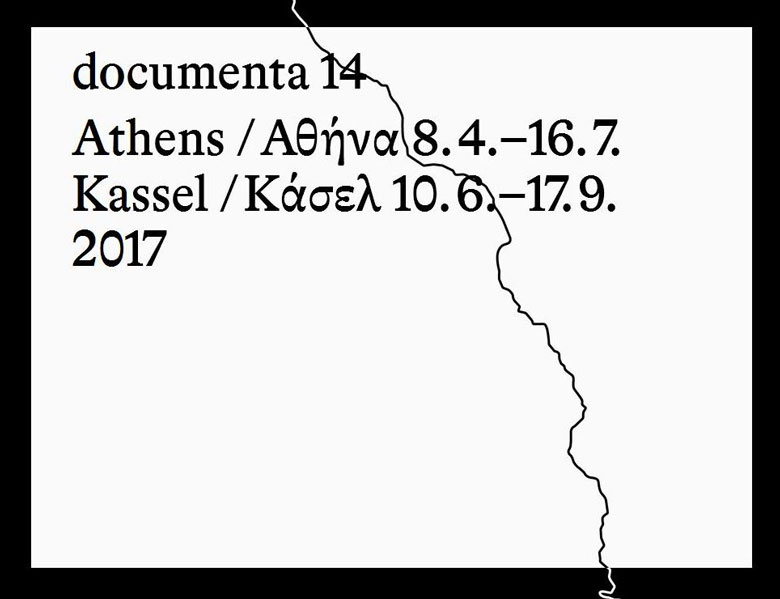 This post contains copyrighted material the use of which has not always been specifically authorized by the copyright owner. It is being made available in an effort to communicate the typical ideal. It is believed that this constitutes a ‘fair use’ of any such copyrighted material.